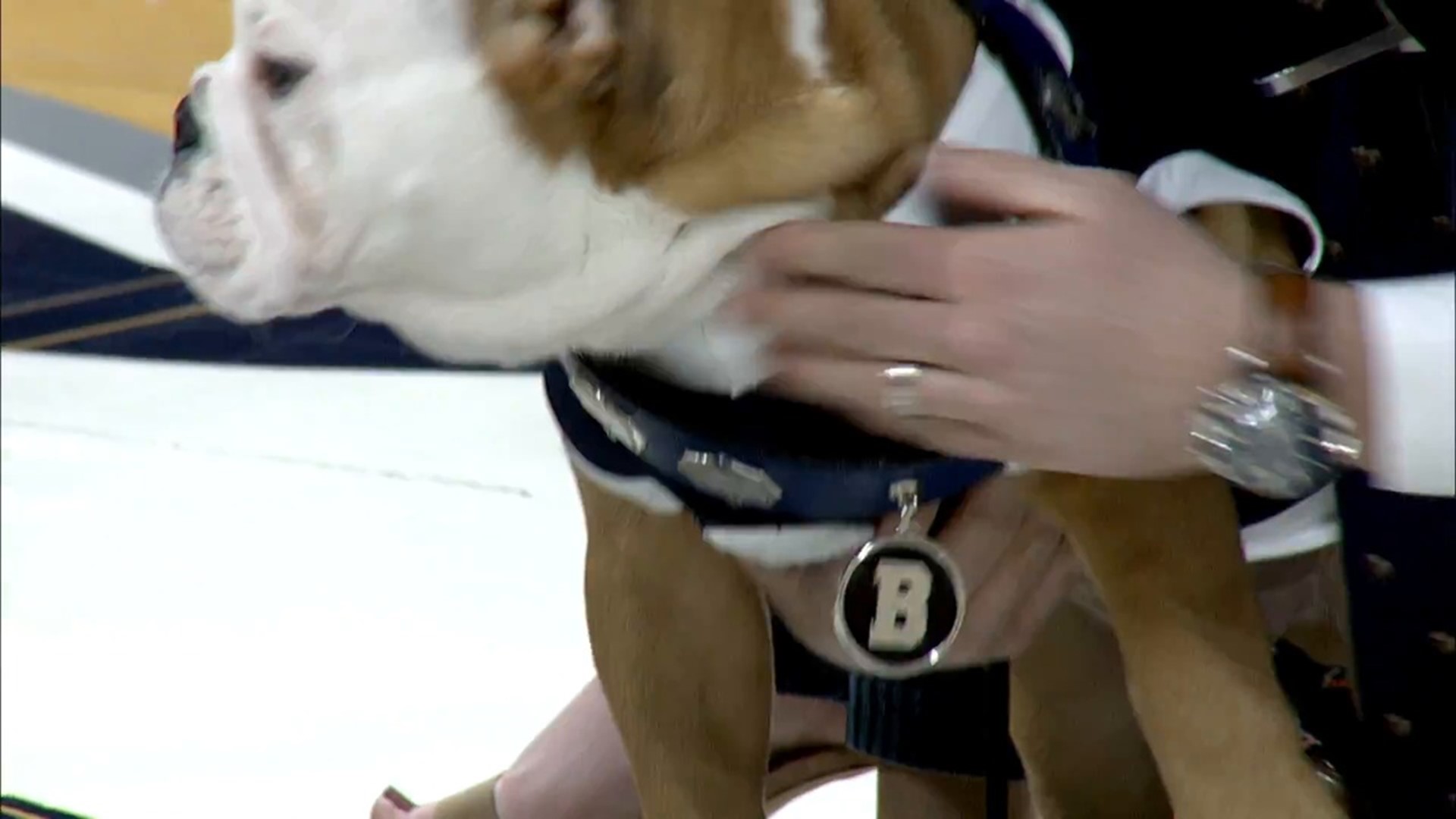 INDIANAPOLIS (WTHR) — The transition of power is now official.

The bulldogs took part in the Changing of the Collar ceremony Saturday night at Butler's game against DePaul.

Trip announced this would be his last season as Butler's live mascot in October 2019. Blue IV, his replacement, was announced as the newest live mascot Jan. 22.

Although the pups did the ceremony tonight, Blue III's last trip isn't totally over yet. He will continue some duties through the season, into the spring and finish with Butler commencement in May.

And just because I’m handing off the collar to @TheButlerBlue tonight, that doesn’t mean I’m done yet. #OneLastTrip continues through the season, into the spring, and wraps up with @butleru commencement in May.

I’m just getting started with this farewell tour! #GoDawgs pic.twitter.com/E1Oy5nNH7G

Blue IV will take over all activities at the end of the academic year.