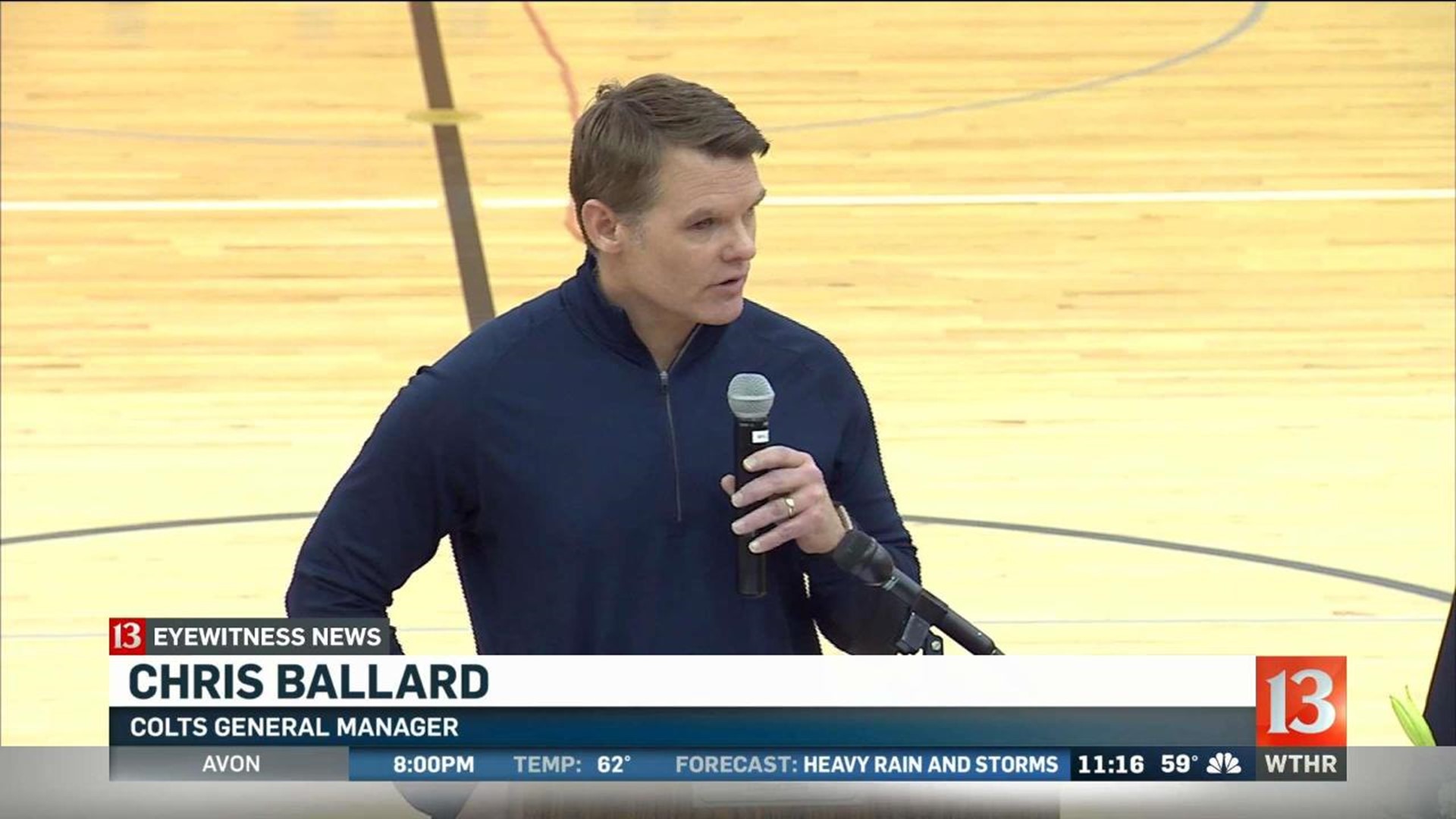 INDIANAPOLIS (WTHR) - "We all have the right to life. The right to be safe on our roads."

The men were killed by an alleged drunk driver on Interstate 70 almost two weeks ago.

"We need tougher drunk driving laws here in Indiana and across the country for our officers to enforce," said Sheehey-Church.

Loved ones came to Guion Creek Middle School Thursday to hear messages of support. They raised tea lights and offered their own words about the loss.

"Edwin was one of a kind. He was loving, gentle, compassionate, respectful, optimistic, hardworking, determined and fun. He laughed a lot and his smile lit up a room," said Cora Asiana, Jackson's sister. "Edwin was just plain 'ole special and we are all blessed to have known him.”

Colts general manager Chris Ballard talked about the impact this tragedy has had on so many.

Uber's general manager was also there. Carroll Chang said on the same day Jackson and Monroe died, another Uber driver in Indianapolis, Blair Edmonds, 29, was also killed by an alleged drunk driver.

"We are heartbroken from these tragedies and we extend our warmest thoughts and prayers to all of those who are grieving, especially to the families of all those whose lives have been lost," said Chang.

The widow of Jeffrey Monroe remembered the love of her life.

"He was my one and only and I was his. I'm a better person because I had him in my life," said Deborah Monroe.

"I lost my husband, but you lost a child who was 26 years old. At least my husband lived 54 years. I can't imagine the suffering. I do share your suffering and I know it's a tremendous loss for you," Monroe said.

She concluded with a message on a topic she said she has always felt strongly about, even before her husband's death.

"Do not drink and drive. When you do, you are arming a 5,000-pound weapon and unfortunately, we know how that ends. If you hit and kill someone it's the same thing as committing murder.”