It’s been stressful to say the least the past several weeks for our healthcare professionals, dealing with COVID-19 is unprecedented territory. 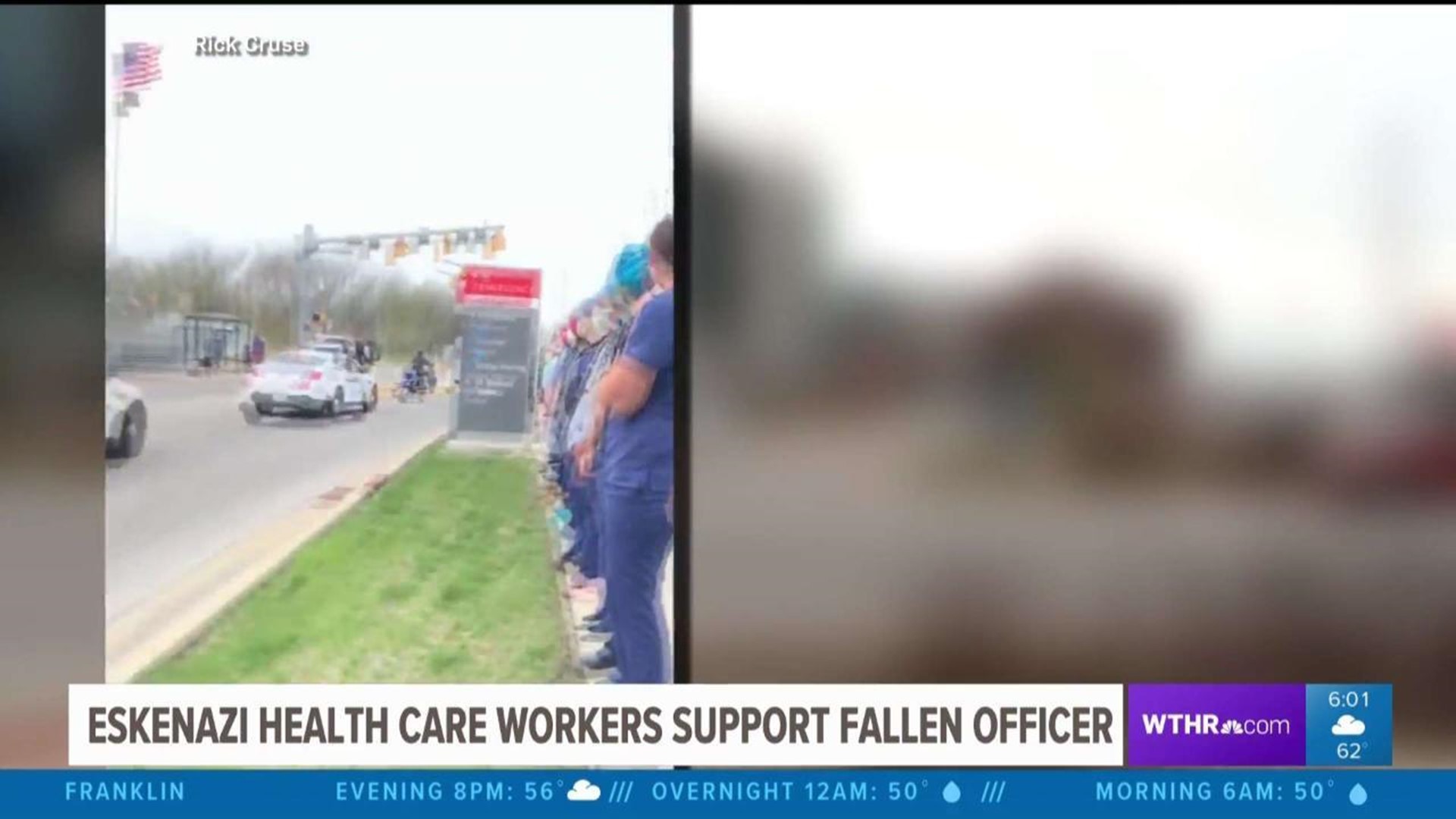 INDIANAPOLIS (WTHR) - It’s been stressful to say the least the past several weeks for our healthcare professionals, dealing with COVID-19 is unprecedented territory.

But even that took a backseat Thursday at Eskenazi Hospital when a call came in of an injured officer on the way.

This is Indy. We are one.

“I’ll remember that day for the rest of my life,” said Dr. Graham Carlos. “I remember looking out the window and seeing just all the IMPD officers coming escorting an ambulance and having been here long enough to know what that means, I knew that an officer had been shot.”

Officer Breann Leath came in after being shot responding to a domestic violence call. She died at the hospital.

But what followed at Eskenazi was truly moving.

As officer Leath’s body left to go to the coroner’s office, doctors and nurses by the dozens stood silently outside to see her off.

“I know on some level it’s probably protocol but I don’t think anybody stood up and said ‘protocol demands that we should go outside,' said Rick Cruse, a chaplain at the hospital. “It’s just a way of honoring a life like hers that was given in the line of her duty.”

Cruse took a video of the moment and images were posted on social media.

“I just think it’s the need of the work that we do to show honor when honor is due,” said Cruse.