Three people have died after a plane coming from Greenwood crashed near a Lansing, Michigan airport. Three other people are in critical condition. 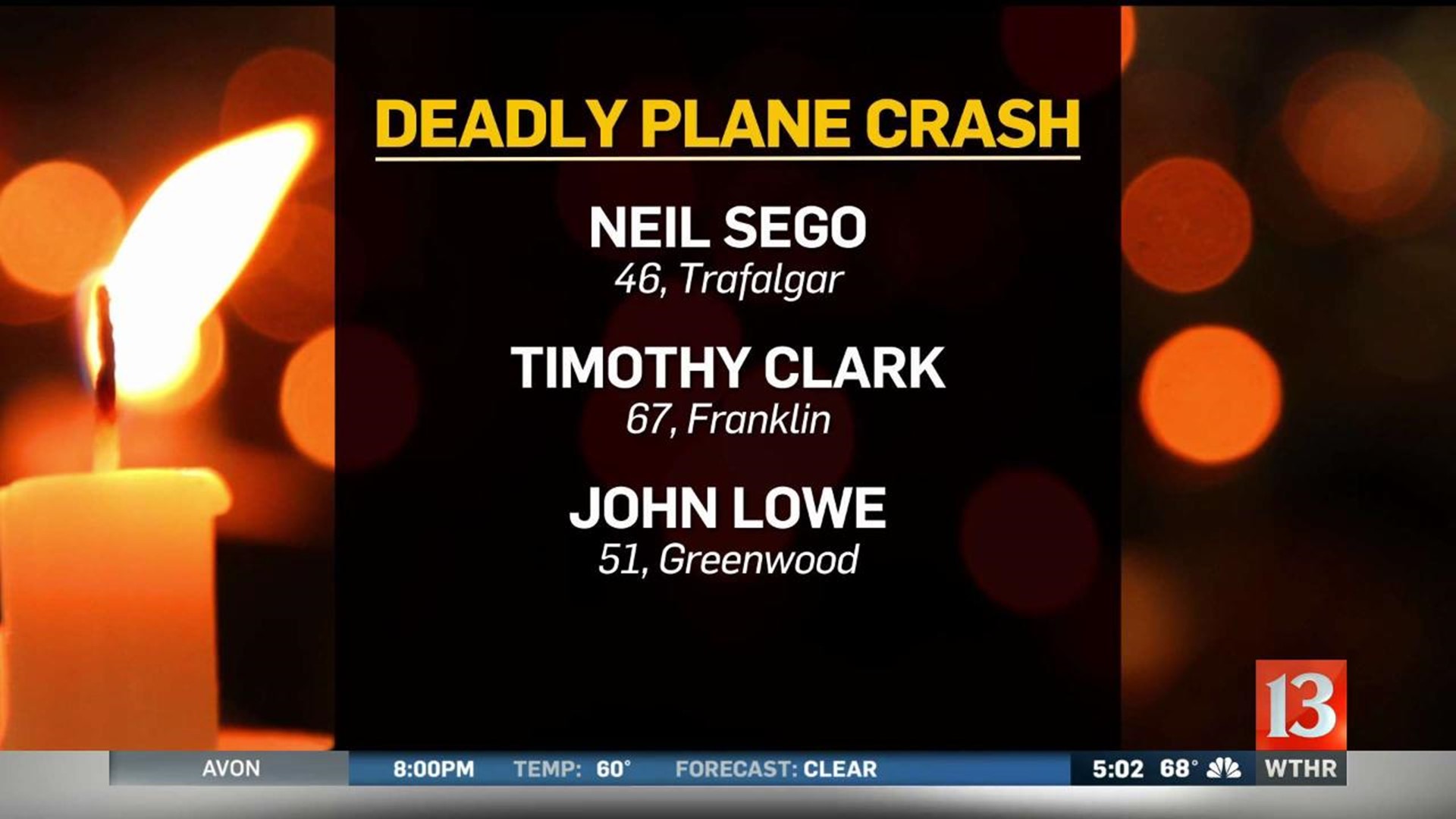 LANSING, Mich. (WTHR) — Three people have died after a plane coming from Greenwood crashed near a Lansing, Michigan airport. Three other people are in critical condition.

Neil Alan Sego, 46, of Trafalgar, John Thomas Lowe, 51, of Greenwood and Timothy Joe Clark, 67 of Franklin died in the crash.

Joel Stewart Beavins, 48, of Franklin, Aaron Levi Blackford, 42, of Frankton, and Zechariah Eugene Bennett, 27, of Plainfield are in critical condition at Sparrow Hospital in Lansing.

The plane departed from the Indy South Greenwood Airport Thursday morning and was preparing to land in Lansing when it crashed west of Capital Region International Airport.

Clinton County, Michigan Sheriff Larry Jerue said the plane was carrying a pilot, co-pilot and four passengers. Investigators are not releasing which of the victims were the pilot and co-pilot. Law enforcement said the flight was "not a family situation."

Tim Horth, president and owner of Indianapolis-based Patterson Horth Inc., a general contractor, said an employee from his business was on the plane and remained hospitalized in Lansing.

Three others on the plane worked for another company partnering with Horth's business for a construction project. Their conditions are unknown.

"Devastated, just devastated over it," Horth told WILX. "We're just praying for our employee. The whole company is."

The NTSB and FAA are investigating the crash.

An airport spokesperson said the cause of the crash was unclear.

"There will be no speculation as to why (the plane crashed), we're gong to continue to treat it as an active crime scene," Jerue said.

"We would like to communicate the information we know to be fact regarding this tragedy and will continue to release information as it becomes available to us. On behalf of the agencies responding, we ask for your patience as we continue to navigate this crisis, attend to those injured, accommodate and inform families, and protect the public.

We can confirm that there were 6 people onboard the aircraft. Three fatalities have been confirmed by responders on the scene and 3 people have been transported to Sparrow Hospital.

Any speculation to the cause of this tragedy is premature. A complete investigation is necessary before we can answer any questions pertaining to a possible cause of this incident. Aircraft accidents are very complex and will involve many agencies to conclude the investigation. Initial investigations will be completed by the National Transportation Safety Board and will include the Federal Aviation Administration. Investigators from both agencies are in route

As this situation develops, we ask members of media to please be sensitive to victims and their families as you report on this event."

NOTE: This story has been updated to correct the spellings of two victims' names. The sheriff's office initially released incorrect spellings of the names.