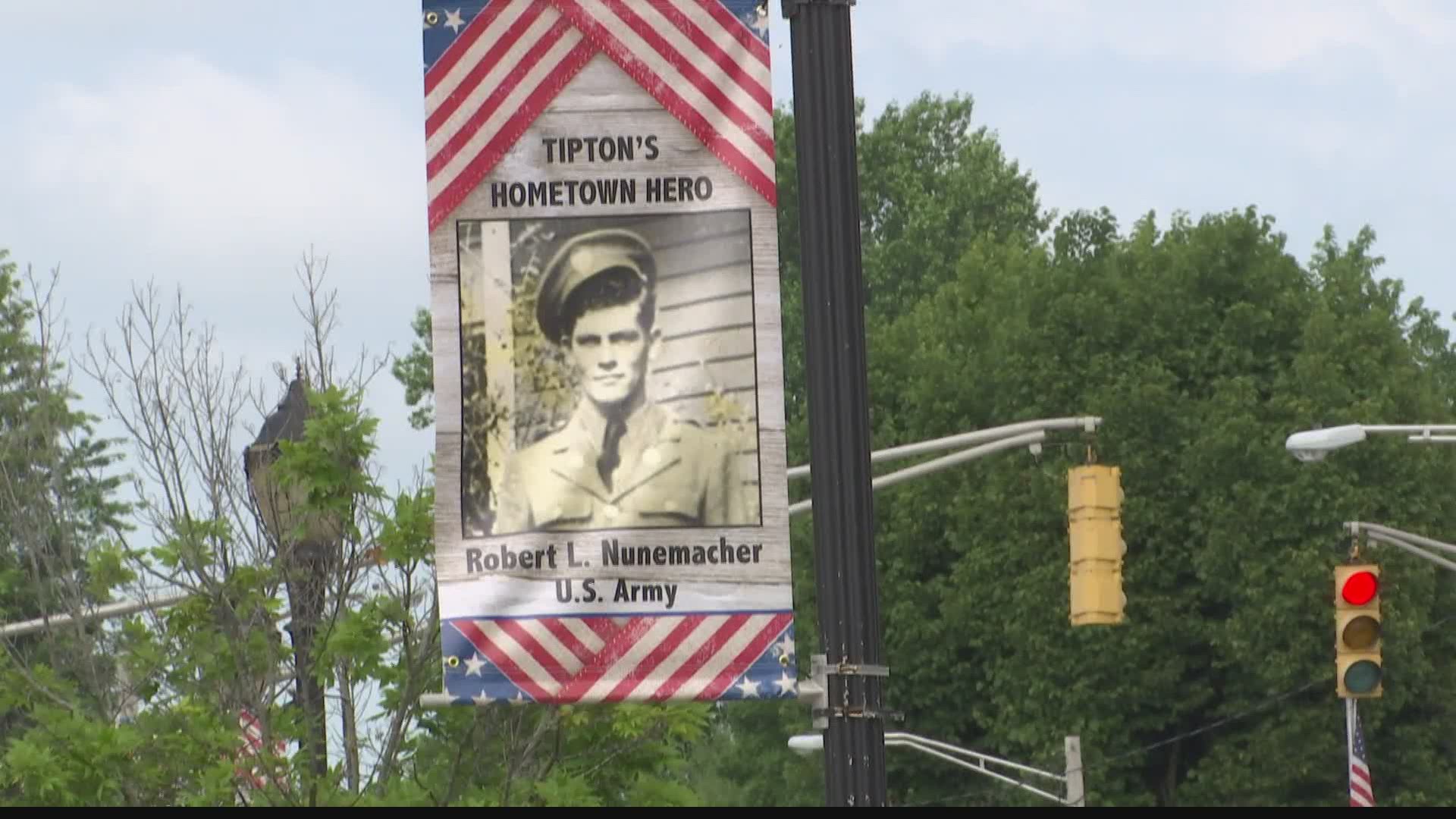 TIPTON, Ind. — There are signs of patriotism and honor lining a street in Tipton.

Attached to each light pole in the center of the town is a banner recognizing a hometown hero.

Sixty-five veterans from Tipton are being honored for their service. Each banner features a name, a photo and the branch for which they served.

Voris was drafted during the Vietnam War and although he is also a hometown hero, he chose to honor his father.

Don Barkcus enlisted as a Marine when he was 17.

"My older brother was a Marine in WWII, and it just made me want to commit and follow his footsteps," said Barkcus. "I really feel privileged to have my name up there."

Tipton's current mayor is also a veteran, following in the footsteps of two previous Tipton mayors who also served.

"It's important that we show the respect and honor for those that served this nation, and this is just a small token of appreciation," said Mayor Tom Dolezal. "There’s no greater honor than other folks recognizing what our sacrifice was, so I also try and thanks folks as I recognize them as veterans also."

Voris described the bond between veterans as a brotherhood. Barkcus said each veteran knows they'd lay their life down for another veteran.

Although the banners are going up a few days before the Fourth of July, Dolezal said that's a mere coincidence and that veterans should be remembered every day.

The idea was brought to town by Jan Smith, a member of Tipton's Main Street Association.

Residents driving past the banners said they were "wonderful" and that they're so proud of their community.

The banners came to life through the work of Smith and Main Street Association members Sherry Landseadle and Nick Paikos. The mayor said their hard work made it all happen.

Local sign company McCormak Printing Impressions made the banners, which they're happy to make for any town or city that also wants to honor its hometown heroes.

Tipton's banners are also part of a fundraising effort.

The city says they hope this is a tradition they can carry on for years to come.