Veteran with no family at funeral not forgotten

The veterans in the pews did not know the Marine in the casket draped with the American flag. But they answered the call to honor a brother. 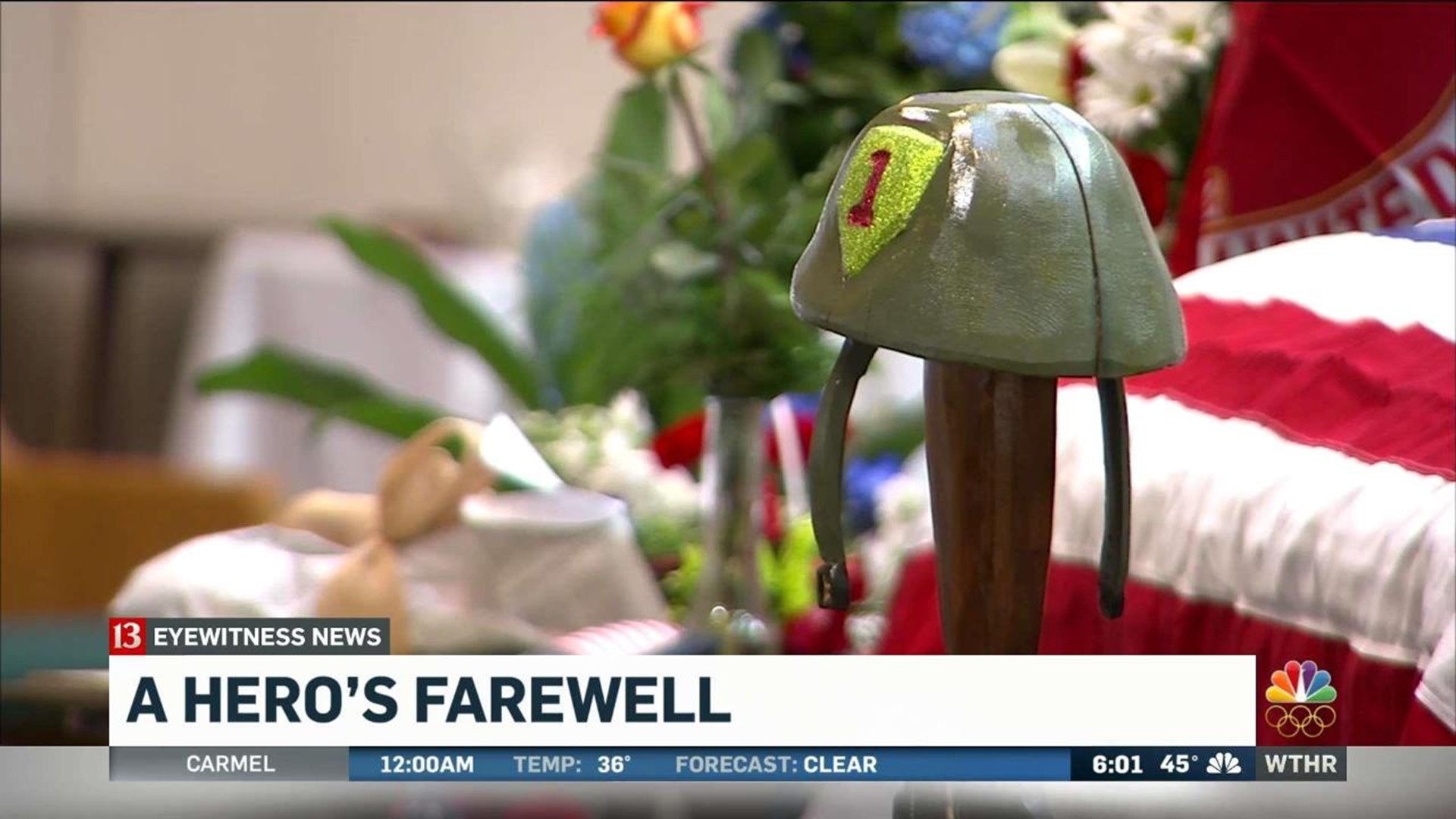 INDIANAPOLIS (WTHR) – The sanctuary at Allisonville Christian Church was nearly full Saturday afternoon for the funeral service of a Marine who died with no known family.

"We didn't know him, but yet we showed up, because vets help vets,” said Russell Pryor, Veterans of Foreign Wars district 11 commander. “Vets take care of vets. I think this was wonderful today. I mean to see every place out here looking around being filled with people who just have a love in their heart because of a service that he did for us and for this country."

Eyewitness News first brought you the story Tuesday of Vietnam War veteran Glenn Shelton, who died in Indiana with no known family or friends. The response to our stories this week from Kevin Rader about this veteran who no one apparently knew brought such a large response that the funeral was moved to a bigger venue.

The veterans in the pews did not know the Marine in the casket draped with the American flag. But they answered the call to honor a brother.

"Coming and showing our solidarity and showing the love for a brother that we don't know really helps other veterans,” said Pryor. “It helps those that are homeless, those that are dealing with TBIs (traumatic brain injuries), PTSDs (post traumatic stress disorder) and moral injuries."

Shelton was born in Louisville, Kentucky, earned a purple heart in the Vietnam War and died in Indiana at age 68. No family claimed his body.

A nearly full sanctuary for the funeral of @USMC #VietnamWar veteran Glenn Shelton, who died in Indiana with no known family. But an old friend came today to say goodbye. Roy Ladd shares his memories of Glenn at 11 pm on #WTHR. pic.twitter.com/Qpnr7J0iSN

"It's humbling to see the community come together for someone they've never known, and we don't know anything about him, so it's rewarding to see that they can still find time to come out and pay their respects,” said Sara Thompson, Indiana Funeral Care General Manager.

No one at the funeral Shelton except Roy Ladd.

“It was amazing when I came here for Glenn, I was expecting to be the only person here that knew him,” said Ladd. “And I am the only person who knew him, but I never expected this many people to be here. I was just totally shocked at all the people that showed up that did not know him."

Ladd lost touch with his good friend more than 30 years ago when Shelton left town.

Ladd is not sure if Shelton ever married or had children, but says the veteran was not a loner and had two brothers, Alvin and Ronald.

Ladd found his long-lost friend just in time to say goodbye. He tried to locate Shelton’s brothers with no success. He hopes they might see the coverage and still be found before Glenn is laid to rest on Tuesday at the Indiana Veterans Memorial Cemetery in Madison, Indiana.