Veteran getting new roof thanks to local company

Veteran Scott Browning is getting his roof thanks to RCV Roofing & Seamless Gutters. 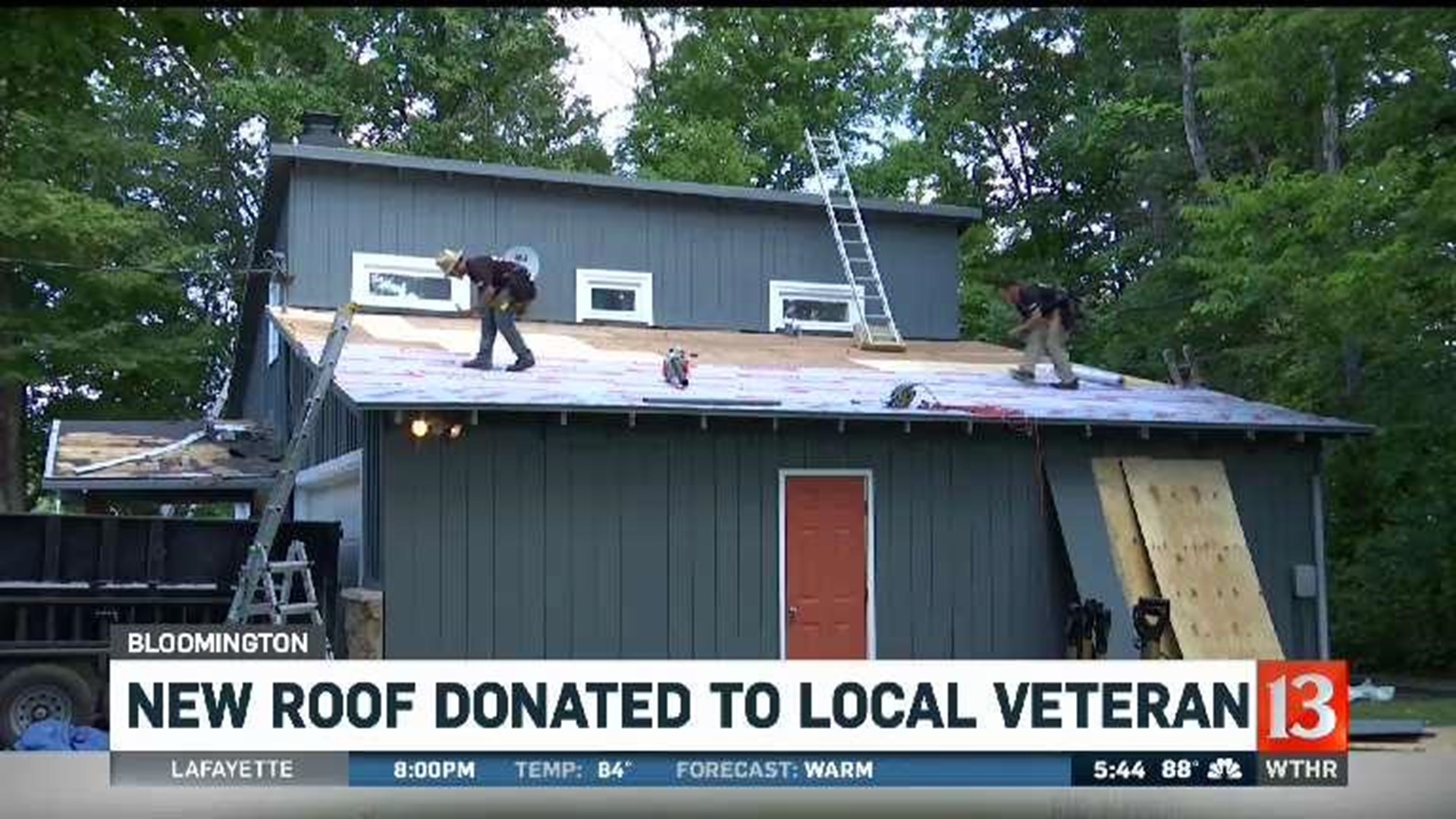 BLOOMINGTON, Ind. (WTHR) — After living in his Bloomington house 26 years, Scott Browning is finally getting a new roof.

"About half of it needed to be redecked, so it was in pretty bad shape. The shingles, the granual life was not good. So it was definitely time. And roofs are not cheap. So to be able to do that for someone, it really goes a long way. We love doing the right job and sleeping good at night, if you will. But doing things like this makes that sleep even so much better," Nelson said.

Habitat for Humanity of Monroe County joined the project as well.

"I don't think I could express how happy I am,” said Browning. “I'm tickled to death. We're getting older and I've got a little bit of health issues, nothing bad that I can't deal with. But I couldn't have done that.”

Army veteran Scott Browning and his wife are getting a new roof thanks to Owens Corning National Roof Deployment Project. (WTHR Staff)

"I'm just so happy that we're getting something like this,” said Monty Browning, Scott’s wife. “It's very, very nice. I appreciate every bit of it."

The project has put new roofs on the homes of more than 140 veterans nationwide in the last three years. The Browning home is the first in Indiana.