Vandals left hate messages all over an Indianapolis business owned and run by an Indian family. 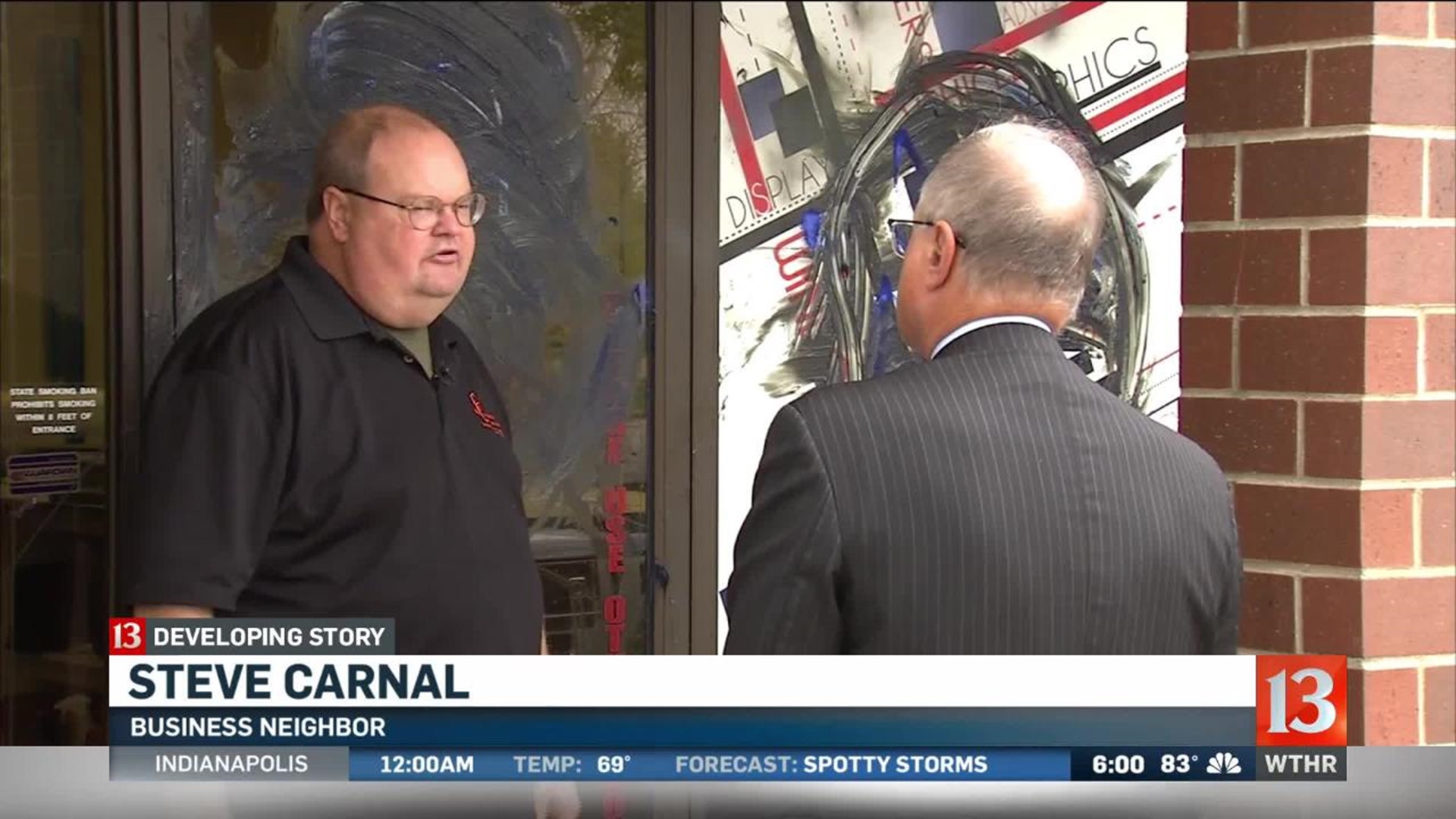 INDIANAPOLIS (WTHR) - Vandals left hate messages all over an Indianapolis business owned and run by an Indian family.

Neighbors are helping clean and cover up the mess, but the hateful message won’t go away as easily or as quickly.

All the spray paint, all the grease spread on the building, a fire set outside a back door is more than vandalism. It is a hate crime, aimed at business owner Rajesh Patnaik and his wife.

“It is shocking, it hurts,” Patnaik said. “I’ve never seen anything like this before and I’ve lived in the U.S. for a little over nine years.”

Patnaik and his family emigrated from India.

Scraping hateful messages off an Indy business is a lot easier than erasing the memories of a hate crime @WTHRcom pic.twitter.com/Zvs6GoKrbD

The messages scrawled on windows, walls and doors reference Hindu gods, traitors and satanists. Fortunately, a fire set outside the building burned itself out without causing any damage.

“The person probably knows something, maybe something superficially, about Hinduism and they probably don’t like the fact that I am practicing Hinduism,” Patnaik said.

Neighboring business owners praise the small business owner as a great guy, friendly and helpful. They are trying to understand why anyone would do this.

Inna Prikhodko came here from Russia 30 years ago. She owns the business next door.

“It makes me sad, how little people can be, that their minds are so small,” she said.

“It is probably somebody who doesn’t understand that people of different faiths can coexist. That is the only thing I can think of," he said. “I don’t know of anyone would want to do this."

Some scrapers, fresh paint and elbow grease will get rid of the mess, but the message of hate will live with the victims for perhaps a lifetime.