Fire destroys 2 vacant homes on Indy's near northwest side

Firefighters were called to the 1200 block of West 29th Street, near Dr. Martin Luther King Jr. Street, just before 5 a.m. 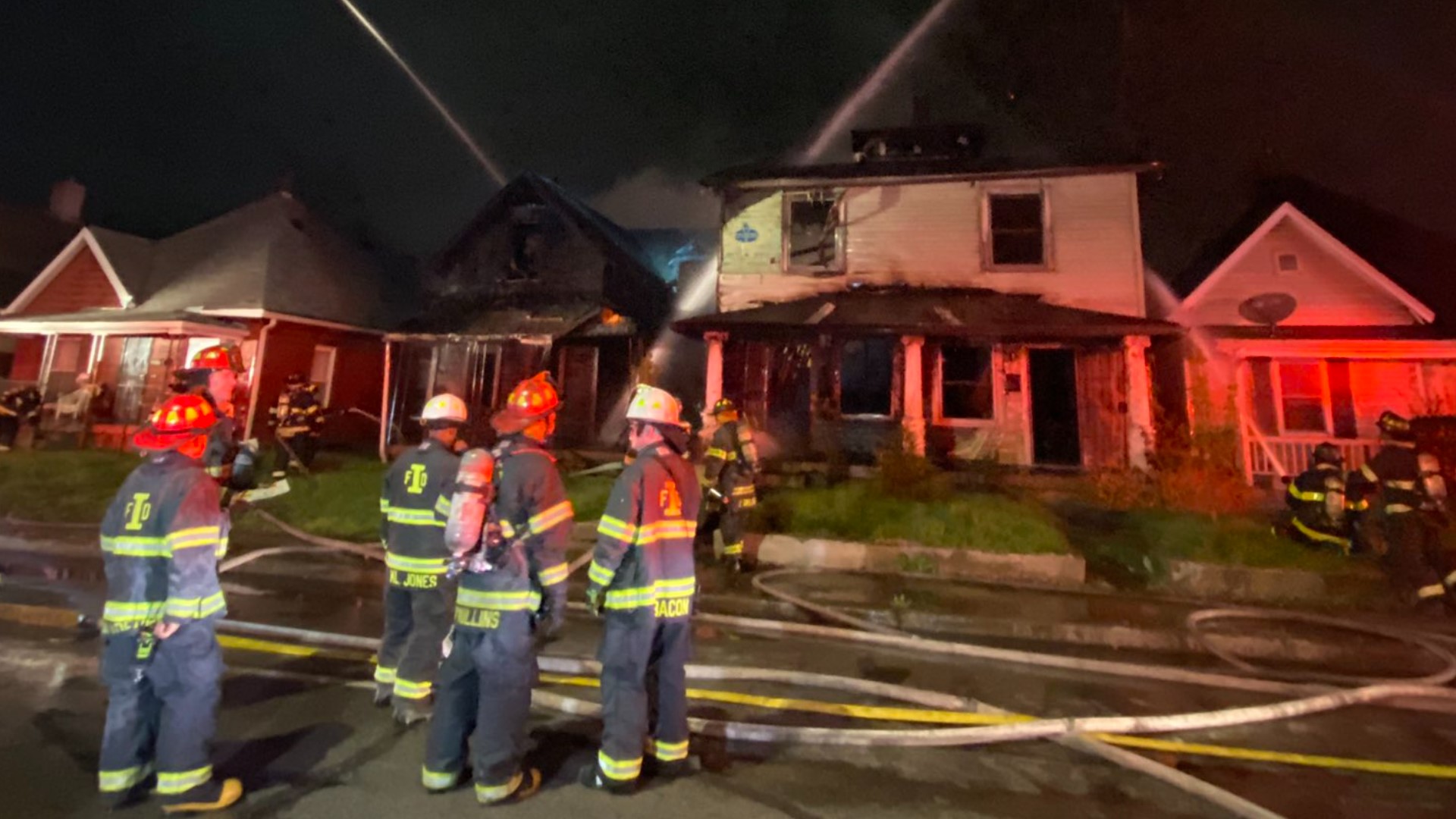 INDIANAPOLIS — A fire destroyed two homes on the city's near northwest side Thursday morning.

The Indianapolis Fire Department was called to the 1200 block of West 29th Street, near Dr. Martin Luther King Jr. Street, shortly before 5 a.m. on a report of fire at two homes.

#Breaking IFD on-scene for pair of vacant house fires. No word on cause, no injuries per PIO. Houses are a total loss. @WTHRcom pic.twitter.com/I5MNScdktI

Firefighters arrived and began working to put out the fires at the homes, which were both vacant.

An IFD spokesperson said there were no injuries in the incident, but both homes are a complete loss with the roofs and back walls destroyed.

There is no word yet on what caused the fire.

RELATED: 3 hurt in house fire on Indy's east side