A local group has won their fight to stop the U.S. Department of Veterans Affairs from clearing nearly 15 acres of old growth forest at Crown Hill Cemetery. 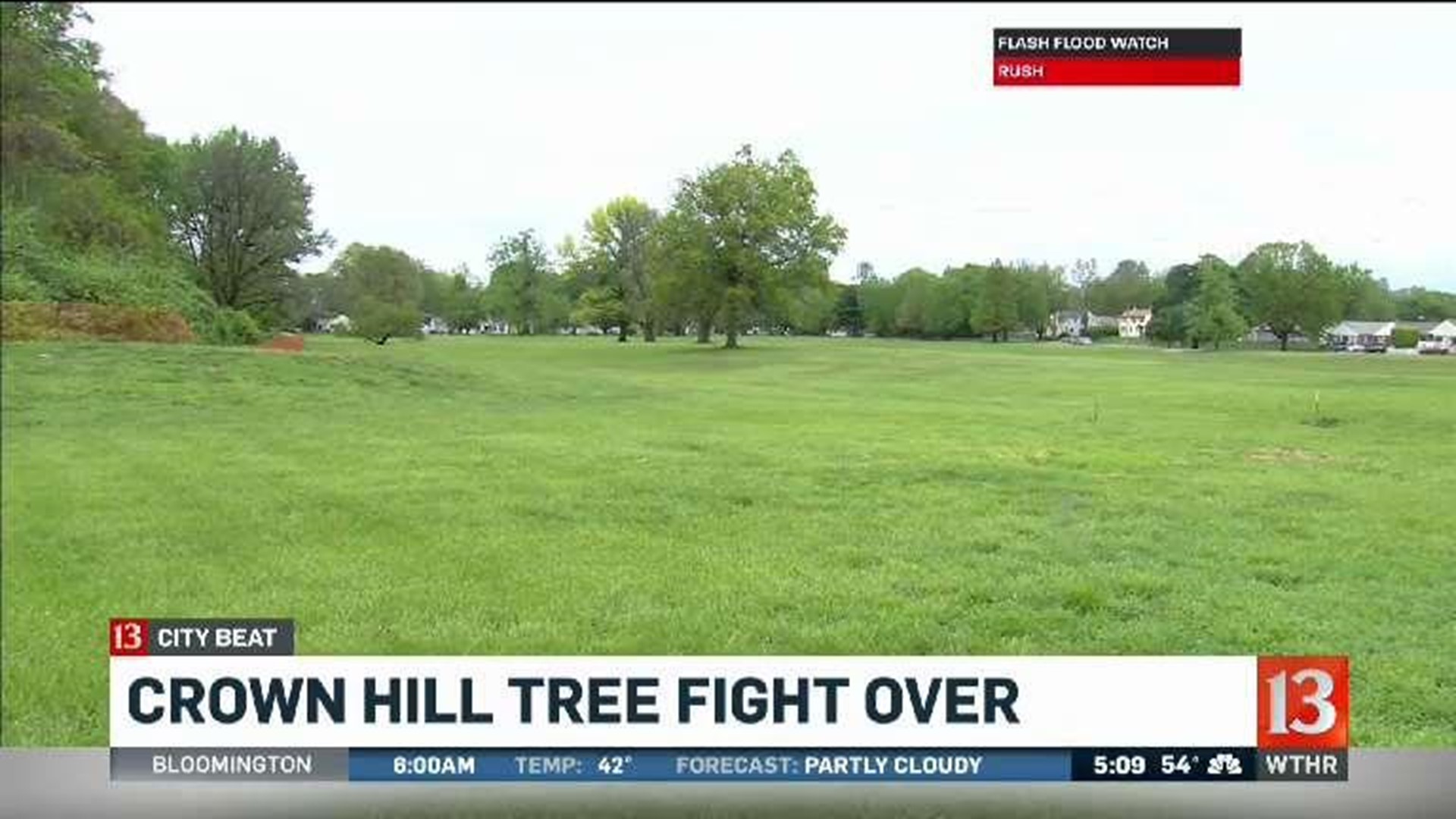 INDIANAPOLIS (WTHR) - The tree fight at Crown Hill Cemetery is over. The cemetery and Veteran's Administration have reached a deal that allows the VA's cremation monument to be built without destroying centuries-old trees.

Elizabeth Mahoney with the Indiana Forest Alliance (IFA) said, "we're very excited and so glad and thankful to the secretary of the VA and Ronald Walters for doing the right thing for the community and Crown Hill Neighborhood...this was the culmination of a lot of hard work and we were just grateful we were able to pull this off."

The VA bought the land from Crown Hill in 2015 to build a monument. The Indianapolis Forest Alliance, along with several others, filed a federal lawsuit last year to stop the move in hopes of protecting the old growth forest.

The battle began last year after the IFA learned that Crown Hill had sold nearly 15 acres of old-growth forest to the VA for a columbarium project. They held meetings, filed lawsuits and called on members of Indiana's congressional congregation to weigh in, while urging the VA to choose another site.

In mid-March, with the site fenced off and heavy equipment ready to move in and beginning removing trees, activists staged a sit-in protest with the VA then announcing a temporary halt

While a spokesperson for the VA did not immediately respond to calls or email, Crown Hill President Keith Norwalk said, "we listened to the community's concerns and input."

As a result, the VA and Crown Hill agreed to a land swap. Instead of building in the old growth forest, the VA will build its cremation monument on a grassy, directly east.

Norwalk said, like the forested area, it's 14.75 acres. He said the swap is an even deal, meaning there's no additional money involved.

"We're very happy we have a resolution with the VA," Norwalk said. "Crown Hill has more than 150 years of service to the veterans and this is why it was so important the project stayed here."

Asked about the future of the forested 15 acres, he said, "according to out tax status...that land has to be used for cemetery purposes and we do not have any plans. It's hard to say 100 years from now. The situation could be very different."

City County Councilor Zach Adamson said he's "ecstatic" with the "win-win situation." But added he also hopes "we can continue working with Crown Hill in the spirit of preserving this forest."

Mahoney echoed that saying, "we have to make sure this land is preserved into perpetuity for the community. The old growth forest is precious to the whole state of Indiana."

Norwalk said he expected the VA to begin work at the new site within the next few weeks. He said phase one of the project was projected to take about 18 months and include 2,500 cremation niches.

He said, ultimately, the monument will hold the ashes of 25,000 veterans over 75 years.