Utah woman finds snake head in can of green beans

A Utah woman says she found a little surprise in a can of green beans — a snake head. 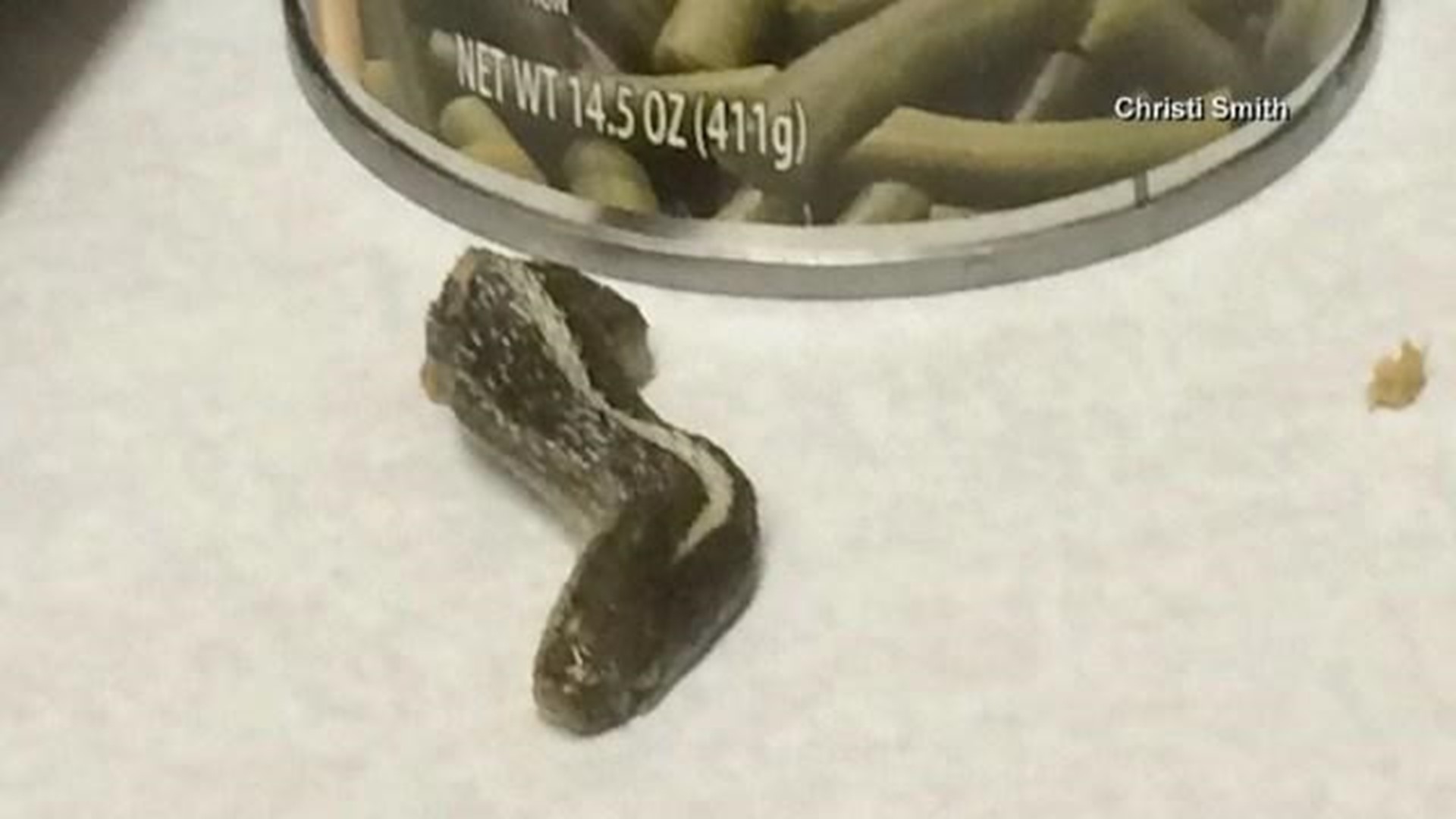 A Utah woman says she found a little surprise in a can of green beans — a snake head.

Troy Walker says she was preparing dinner for a church youth function when she almost served up something not on the menu.

She found a snake head in a can of green beans.

She contacted the manufacturer, Western Family, and cans are already being pulled from store shelves as a precaution.

Walker says the snake was a big surprise, but she is glad to see the company taking steps to make sure something like this doesn't happen to anyone else.

"When I went to dish them out, I thought it was a burnt bean and low and behold it was a snake head," Walker said. "My biggest concern was that someone would get the body or something and not the snake head."

They're conducting what they call a trace-back effort to determine wholesale locations that specific lot of green beans was sent to.