Two women and two kids are safe after police shot and killed the man they say was holding them hostage. 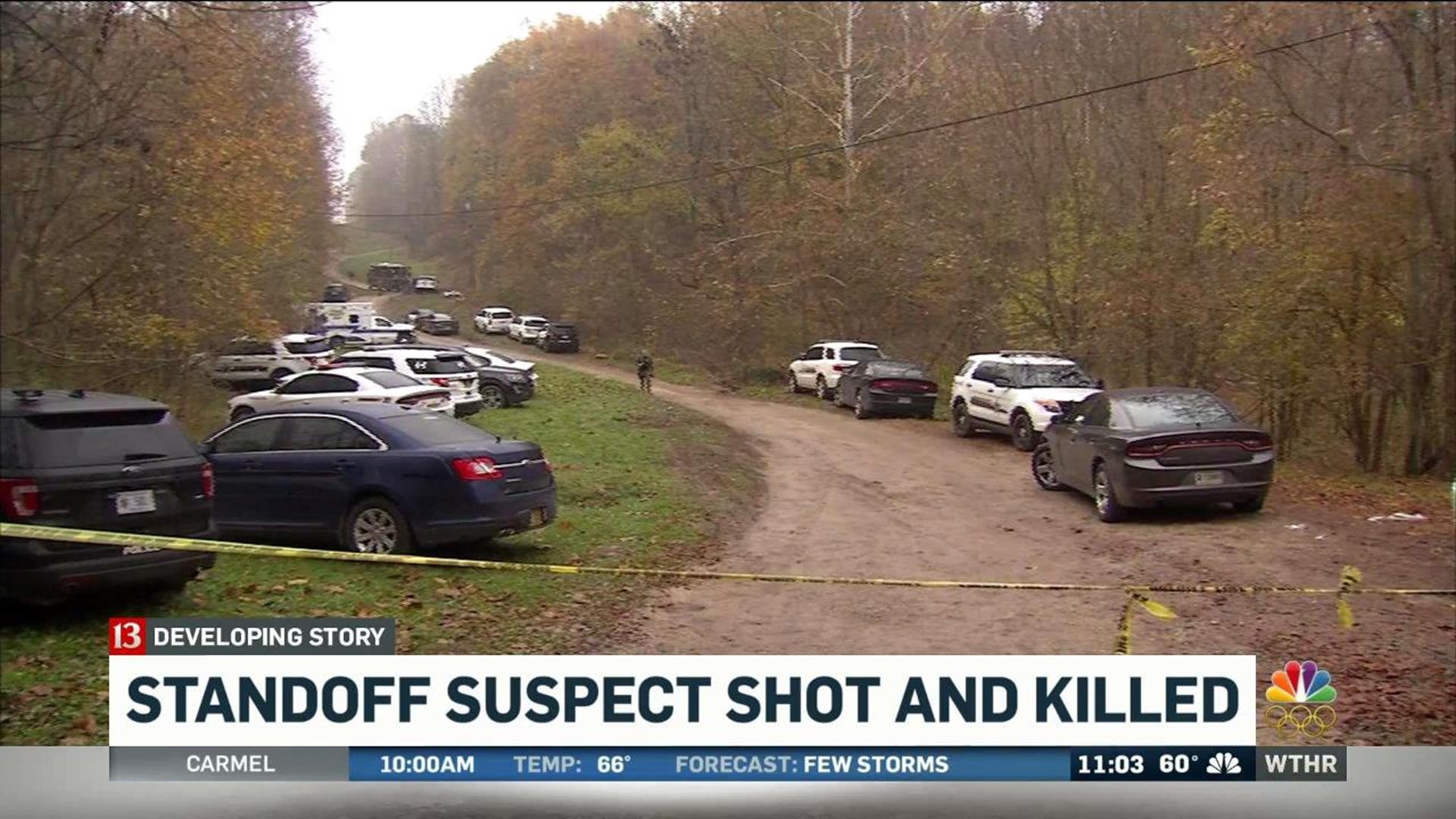 OWEN COUNTY, Ind. (WTHR) - Two women and two kids are safe after police shot and killed the man they say was holding them hostage. There’s been a marathon standoff between SWAT teams in Owen County and the suspect, who is not being named at this time. Deputies overcame all kinds of challenges to bring the hostages home.

After more than 30 hours of waiting and worrying, people in Owen County are breathing a sigh of relief.

“Like a weight's been lifted off,” said Connie Strauser, who is a friend of one of the hostages. “I just want to thank everyone involved who was able to save her.”

Police tell us a woman's husband held her hostage in a rural home while they tried to negotiate with him. Officers say it all started when four Owen County deputies showed up to a domestic call and the man started shooting at them.

“Any time you get fired upon, the first thing is to find a safe place,” said Owen County Sheriff Sam Hobbs.

The Owen County Coroner identified the man shot and killed as 31-year-old Mason Johnson II. The coroner says Johnson died from a single gun shot to the head.

No officers were hurt, but they called in the Morgan County SWAT team for backup. Negotiators tried to convince the suspect to let everyone go and come out peacefully.

“Our negotiators do a good job and they did a great job in this incident,” said Morgan County Sheriff Robert Downey.

The hours dragged on and daylight faded to night again. The Bloomington Police Department’s CERT team relieved the Morgan County SWAT crew on Friday, but the SWAT team was back on Friday evening.

“All departments involved were preparing for that and preparing to go the length of time that would be necessary to resolve the situation,” said Owen County Chief Deputy Matt Miller.

Early Saturday morning, negotiations started going downhill. Investigators say the suspect threatened to hurt his wife and the officers. Then around 7 am, they spotted him through a doorway and took a single shot. He died there, but his wife was safe.

A long standoff is now over and deputies say they'll work together on the investigation and to move forward together.

“We'll share some tears, I'm sure,” said Sheriff Dobbs. “I just want to thank god for his love, mercy and grace and for his safe release of the hostages.”

We also talked with the suspect's mom. She says he suffered from PTSD and needed medicine. Police tell us the suspect had a criminal past, including some incidents of battery.

Sheriff just told us the standoff situation has been resolved. No details given aside from that. Press conference set for 10:30 am. @WTHRcom pic.twitter.com/5sLKksNcss

A standoff that began around midnight on Thursday continued into the morning on Saturday in rural Owen County just north of Spencer.

A U.S. Army veteran is armed and holding his wife hostage in a house in the woods on Kinnikinnick Ridge.

Indiana State Police made no formal public comment throughout the afternoon but did confirm that all children had been released unharmed.

The couple has a son aged two or three. An older child of the wife was also released unharmed.

Police did not identify the man but Eyewitness News learned much about him throughout the day. His mother arrived at the scene late in the early evening and confirmed her 31-year-old son suffers from post-traumatic stress disorder.

A friend of the man says he served in the Middle East.

The veteran has long history of domestic violence, pleading guilty to battery at least three times. He served time in prison for battery with a deadly weapon.

Friends and co-workers of the wife waited at the scene all-day hoping for a safe ending to the standoff.

“I’m worried for her,” said Beth Phillippe, a friend of the woman. “I have faith in the SWAT team police force. But this has been kind of a history with him. He’s been very abusive, very violent. We had various discussions throughout the years that we thought it might end like this. My concern is her safety and that she makes it out okay and that she gets the backup from the police and people around her in the community to have freedom from him forever.”

“We are very stressed and very worried and concerned for her and what she might be going through,” said Jamie Priest, another friend and co-worker of the wife. “We have reason to be concerned. We feel encouraged that the children and other people have gotten out, but we’re still waiting to hear about our friend.”

Multiple law enforcement agencies responded to this standoff, including Indiana State Police SWAT teams. More than 20 police vehicles and 40 or more law enforcement officers were on the scene.

Ambulance had a tricky time maneuvering up the hill and around the command vehicle, went right at the fork and is now out of sight. @WTHRcom pic.twitter.com/LTryHHhQK2