Police were called to a large protest Sunday morning outside the home of Health and Human Services Secretary Alex Azar. 26 people were arrested. 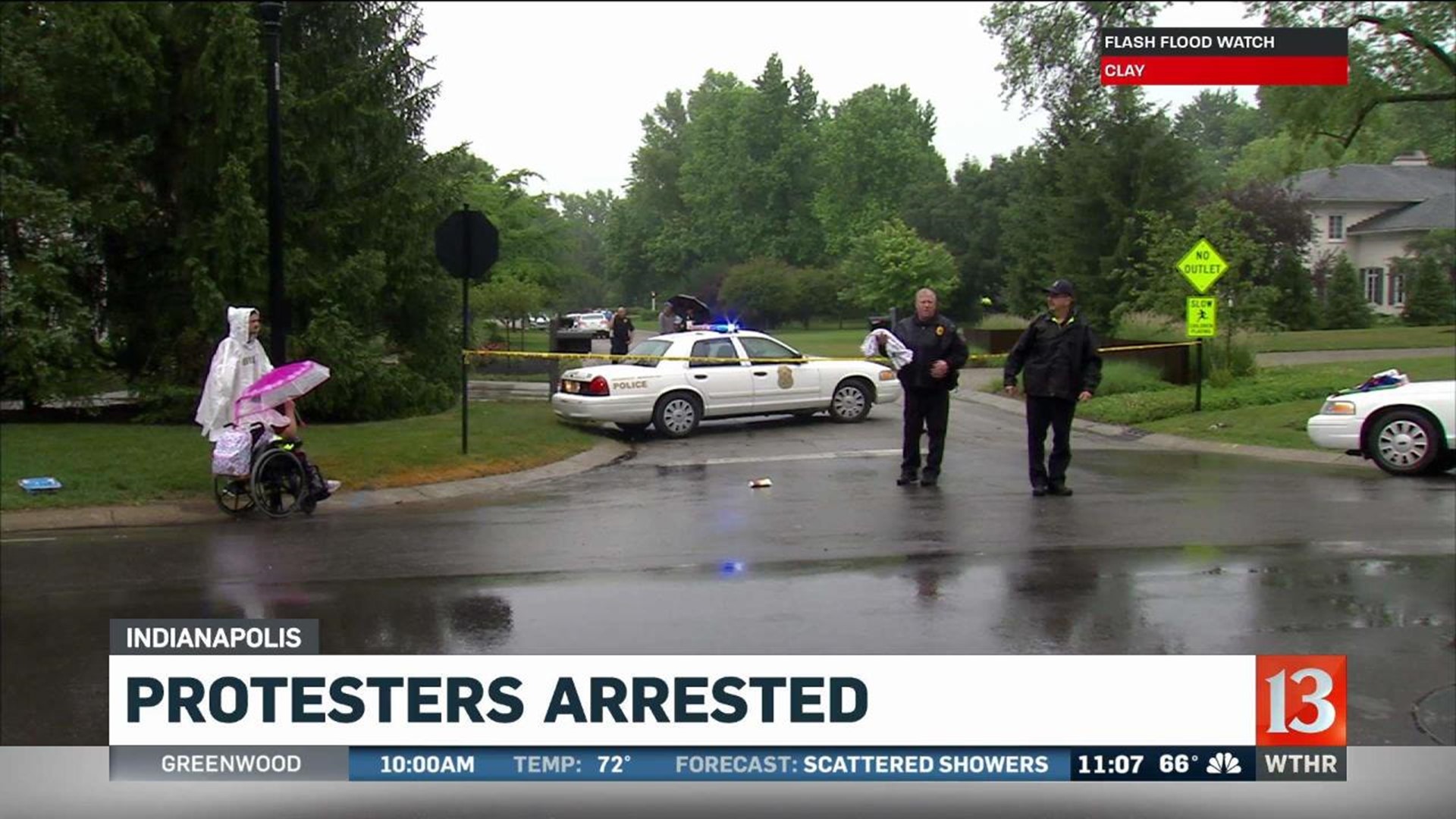 INDIANAPOLIS (WTHR) - Police arrested 26 people after being called to a large protest Sunday morning outside the home of Health and Human Services Secretary Alex Azar.

Approximately 60 protesters, many in wheelchairs, gathered outside Azar's Washington Township house to demand he sign off on new rules banning shock therapy for patients in a Massachusetts rehabilitation facility.

According to a statement released by the advocacy group ADAPT before the protest, the Judge Rotenberg Centerin Canton, Massachusetts causes "both physical pain and psychological suffering when (shock devices are) used as designed, and pose an unacceptable risk to the public that could not be mitigated."

The FDA has proposed regulations that would ban this practice, but has yet to implement them. “They have been sitting on these regulations for more than two years,” said Philadelphia ADAPT organizer German Parodi in Sunday's statement, “and they can stop this atrocity now with the stroke of a pen.”

“It happens every day to both children and adults,” said Anita Cameron, an organizer from the Rochester ADAPT chapter. “They are mostly people with developmental disabilities and mostly people of color.”

Neither Azar nor the FDA have responded.

Multiple Metro Police units are gathered in Azar's neighborhood for traffic control and are working to gather enough vehicles that can safely remove and transport the protesters.

An HHS spokeswoman says the protesters refused to leave private property when asked by police. She says they didn't have a permit to protest there.

The protesters ignored the warning and refused to leave the property. 26 people were arrested and taken to the Marion County Jail.