UPDATE: Infant dies from injuries after being hit by car in driveway

An infant has died after being hit by a car in a driveway Monday afternoon on Indy's southeast side. 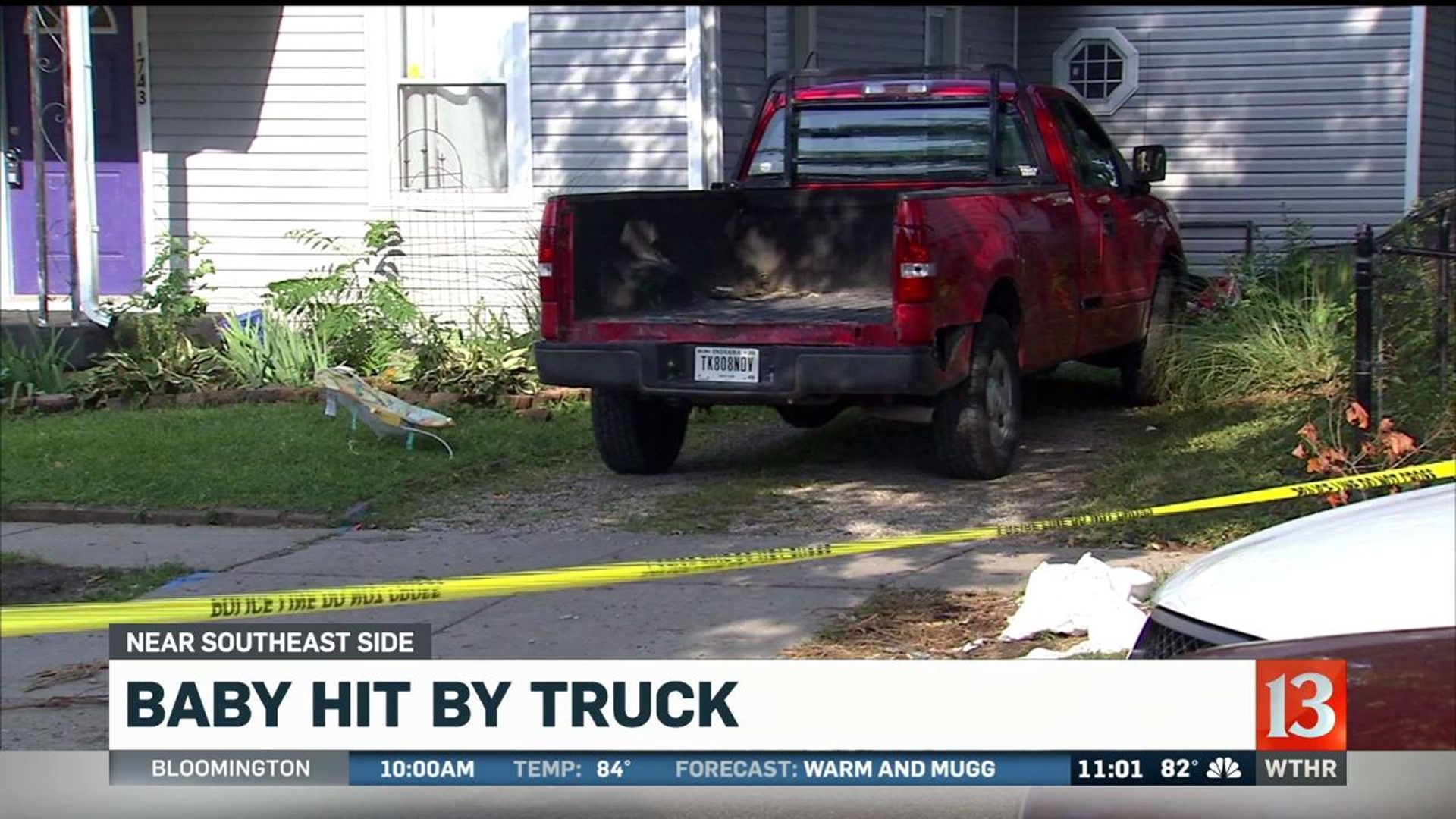 UPDATE: Metro police say the infant who was badly injured Monday afternoon after being hit by a car has died at Riley Hospital.-

INDIANAPOLIS (WTHR) - An infant was badly injured Monday afternoon after being hit by a car.

Police say the accident happened in a driveway in the 1700 block of Dawson Street.

Baby carrier next to the truck & driveway where an infant was struck. The baby is in critical condition, PIO on way to the scene #Indy @WTHRcom @EmilyWTHR pic.twitter.com/7MSFbrswQB

IMPD said the preliminary investigation revealed the baby was sitting in an infant seat in the driveway. Her mother stepped inside and child's father pulled into the driveway. Not seeing the infant, he struck the baby with his car.

Police said there was an immediate call for help and that the parents are cooperating with investigators.