A southern Indiana man is in police custody in southern California, found with a car-full of weapons and materials to make explosives. 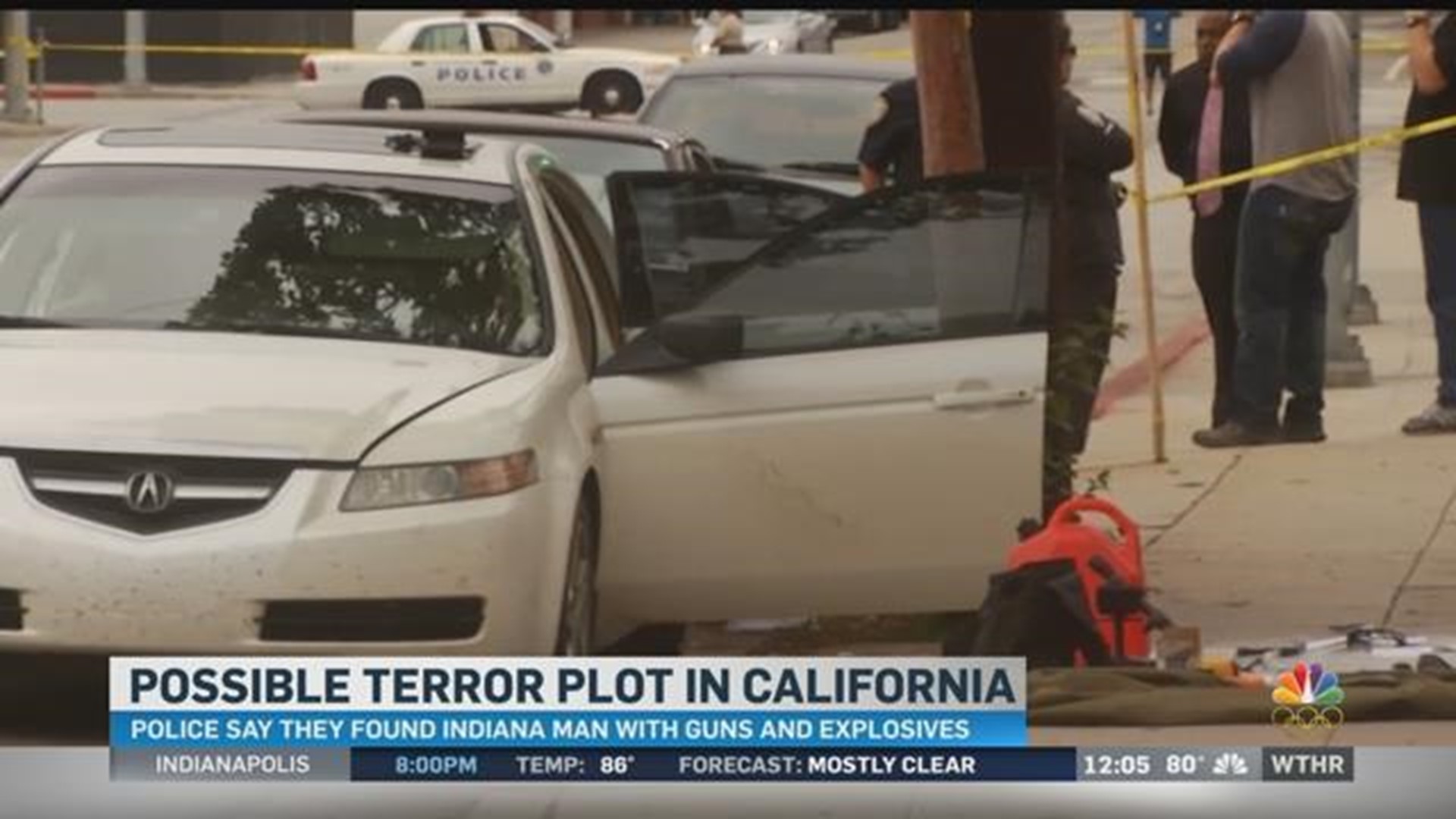 A southern Indiana man is in police custody in southern California, found with a car-full of weapons and materials to make explosives.

When police arrived, they say they found him in his car with three assault rifles, high capacity magazines and ammunition, and a 5 gallon bucket of chemicals that can be used to make explosives.

When police asked why he was in California, he said he was going to see a friend at Sunday's gay pride parade in West Hollywood. They were still trying to determine what he planned to do with the weapons.

Authorities have not connected this case to the shooting earlier in Orlando.

Resident called @SantaMonicaPD to report possible prowler which led to arrest of James Howell of Indiana. No known connect to circs in FL.

Howell was previously arrested in southern Indiana. He was arrested in January 2015 for illegal consumption of alcohol by a minor, then again in October 2015 for intimidation and pointing a firearm, according to the Clark County Sheriff's Department.

He pleaded guilty to intimidation on April 20, 2016. The pointing a handgun charge was dropped as part of that plea deal, and he got a one year suspended prison sentence and probation. One of the terms of that probation was that he was not supposed to have any weapons.

His given address when he was arrested was in Charlestown, but our NBC station in Louisville, WAVE-TV, has also found addresses for Howell in Jeffersonville and New Albany.

Howell's Facebook page includes several pictures of him and a white Acura like the one he was arrested in. It says he attended high school in Louisville, lives in Jeffersonville and recently left his job as a security guard to work at a company that makes air filtration products.

His parents live in Jeffersonville, and we're told they have been interviewed as part of the investigation.

One of the videos on his page includes footage of someone shooting an assault weapon into the grass. His page also includes political posts like one that compares Hillary Clinton to Adolph Hitler. There is nothing indicating animosity toward gays or membership in any movement, and no apparent link between his arrest in Santa Monica and the massacre in Florida.