Metro police say the victim was found shot in the 3000 block of Eastern Avenue around 10:30 p.m. Wednesday and died at the hospital. 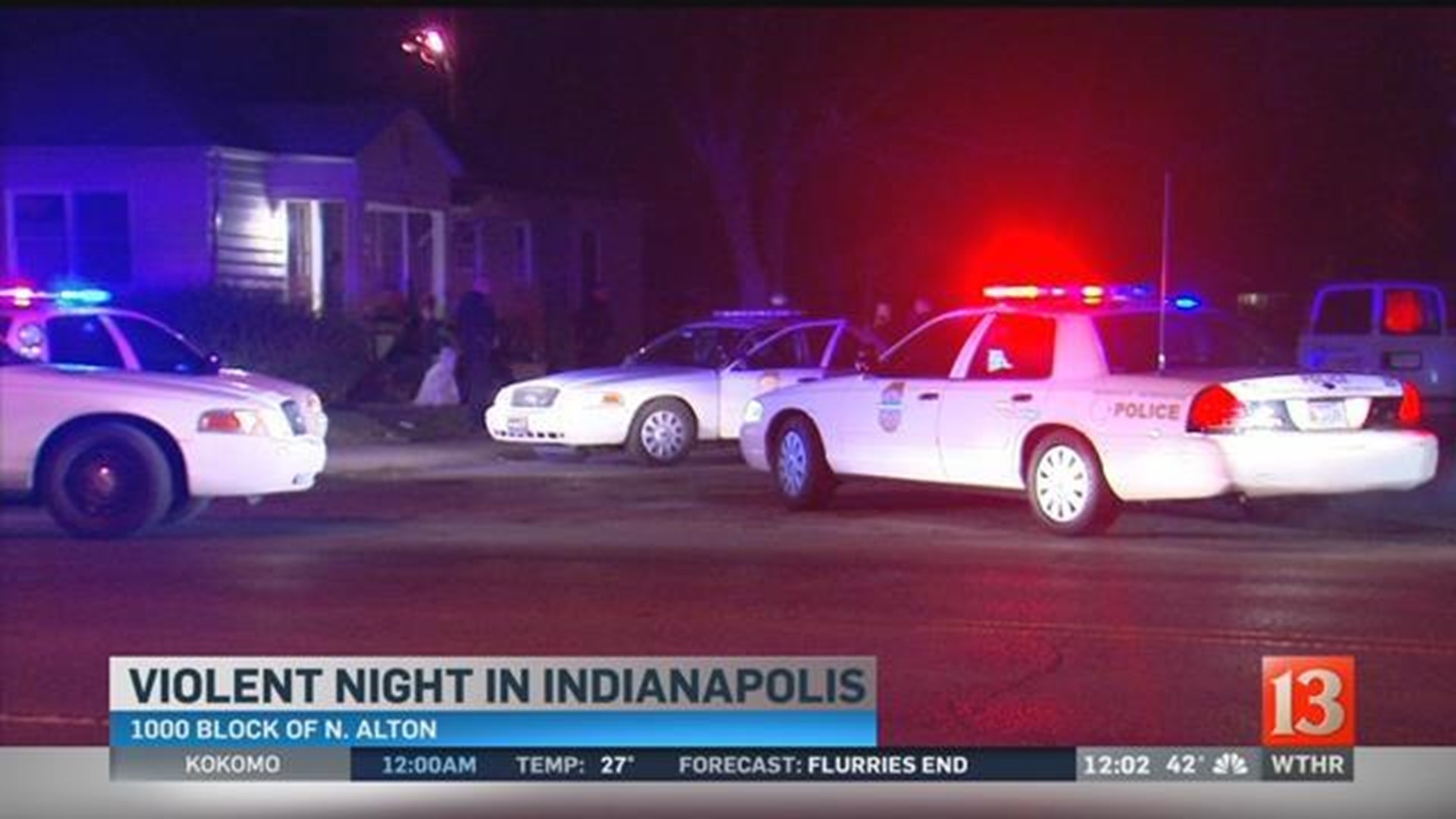 Two people have died as a result of four separate shootings overnight in Indianapolis.

The first shooting happened in the 3000 block of Eastern Avenue around 10:30 p.m. Wednesday.

Police say a man driving on Eastern Avenue noticed a man laying near the street. That man alerted police, who were nearby.

Officers attempted CPR until medics arrived. The victim was taken to IU Health Methodist Hospital, where he later died.

Police say they do not have any suspects.

A second person was shot near 42nd & Post on the city's northeast side around 11:30 p.m. Wednesday.

Police say that a man was shot while he was driving through the apartment complex.

The back window of the man's car was shot out. He was shot once in the back. He was taken to Eskenazi. His injuries are not considered life-threatening.

Police say the man was lucky to avoid a more serious gunshot wound. A bullet was found stuck in the driver's seat headrest.

There are no suspects at this time.

A third shooting happened on the city's west side just after midnight Thursday. Police say that a 14-year-old was shot in the leg in the 1000 block of N. Alton Avenue, near 10th and Tibbs. Police say he is expected to survive.

Police detained a vehicle nearby the scene that matched the description of the one seen leaving the area of the shooting. Police discovered that the vehicle was stolen. There was also a weapon found in the vehicle. Officers say they are investigating whether that vehicle is connected to the shooting.

The fourth shooting happened just before 1:30 a.m. Thursday morning in the 10100 block of Pineneedle Court at the Carriage House Apartments near 42nd St. and Mitthoefer Road.

The victim, identified as 18-year-old Da'Michael Forrest of Indianapolis, was found in a vacant apartment and was pronounced dead at the scene.

Detectives say the circumstances of the shooting are still under investigation.

If you have information about any of these shootings, you are asked to call Crime Stoppers at 262-TIPS.