Every year, UNCF awards more than 10,000 scholarships worth more than $100 million to African-American and minority students. 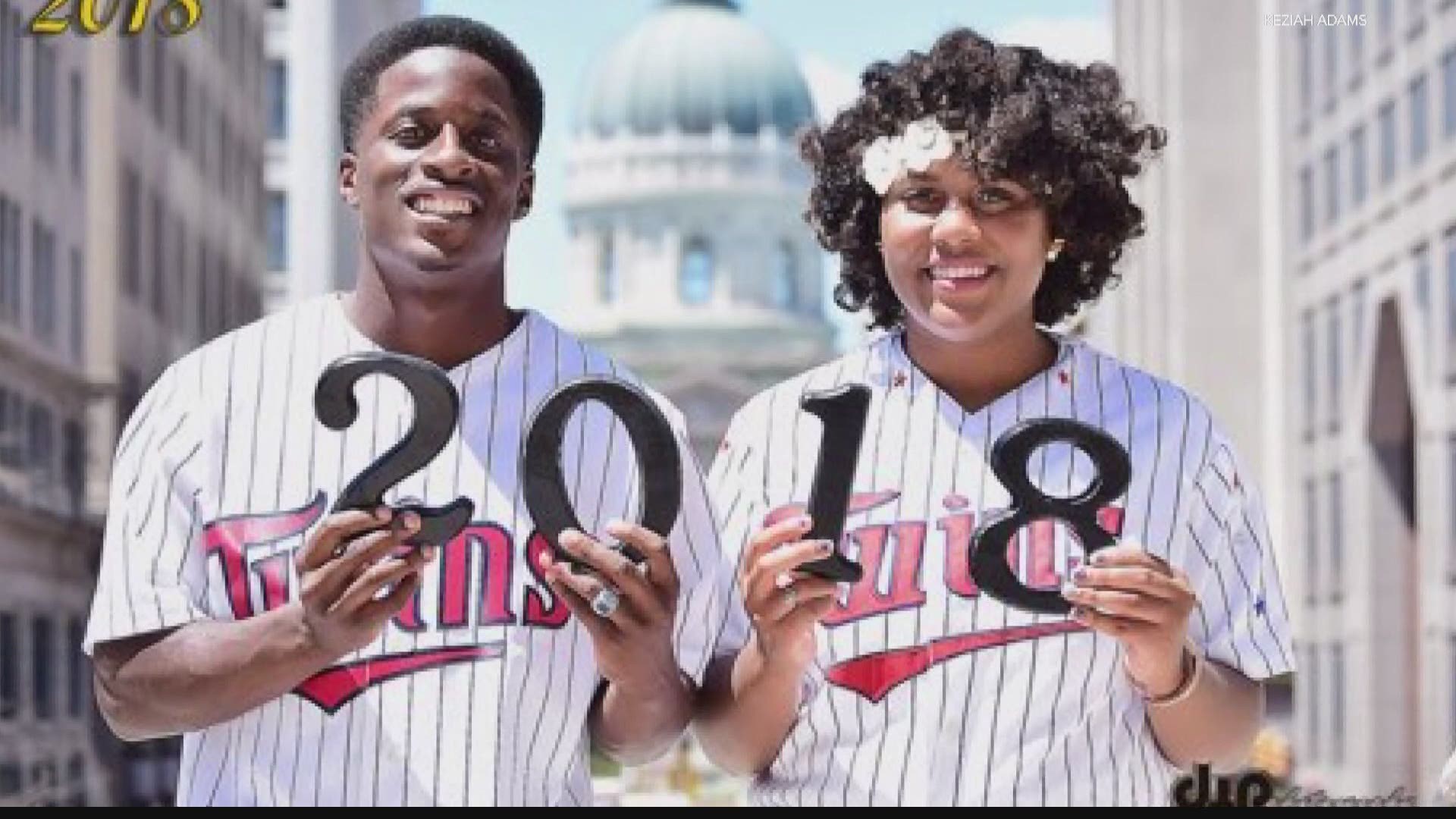 INDIANAPOLIS — “Going away and learning to be around different people, learning to experience different experiences, it definitely molds you as a person. It makes you grow,” said 20-year-old Keziah Adams about her experience at college.

That’s exactly what the Heritage Christian High School alum has been doing for the past two years since leaving home in Indianapolis to study at the University of Southern Indiana in Evansville.

“I’m going to graduate within a year and my goal by this time next year is to be living in Texas,” Keziah said.

And when she does, the business administration major, who eventually wants to start her own line of aromatherapy products, will have an advantage that many college graduates don’t when they first come out school.

“When I graduate from college, I’ll graduate debt-free,” she said.

A big part of making that possible are the scholarships Keziah and her twin brother Jair, who attends Anderson University, both received through the United Negro College Fund, also known as UNCF.

“These scholarships basically filled in the gap,” Keziah said.

A gap her family knows all too well.

Keziah said her mom, who’s a nurse, is still paying off her own schooling.

“She didn’t want us to be in that same situation where we were paying off student loans,” Keziah said.

Every year, UNCF awards more than 10,000 scholarships worth more than $100 million to African-American and minority students.

Scholarships, the nonprofit said, have a measurable effect on students’ graduation rates.

According to UNCF, the likelihood of students who receive $5,000 in their freshman year reaching graduation, goes up by 7 percent.

UNCF also helps support many of this country’s historically Black colleges and universities.

“For a lot of HBCU’s, a lot of them are private institutions, which means you don’t get a lot of money from the state, so it’s definitely very important to give not only UNCF, but to HBCU’s directly,” explained 22-year-old Kourtney Steppe.

“I knew in eighth grade I wanted to go to Spelman, and I thankfully made that dream come true,” Kourtney said.

Now, in her first job since graduating, Kourtney's working as an investment performance associate with a company out of Arlington, Virginia.

Because of the pandemic though, she's been working remotely from her family’s home in Indianapolis.

“It’s definitely not how I thought I was going to start my adult life after school at all,” she said.

RELATED: He put a ring on it...in the grocery store where they met

The pandemic’s presented challenges for UNCF too.

One of this year’s fundraisers, The National UNCF Walk for Education has gone all virtual.

Kourtney plans to walk in it and hopes others will too.

“It’s so necessary to give and keep donating and just get engaged in your community even if you’re not an HBCU alum,” Kourtney explained.

It’s why Keziah plans to give back to UNCF when she graduates, to continue a proud and vital tradition for those who come after her.

“We got to keep pouring into our communities that pour into us,” Keziah said.

You can participate from wherever you are.