The Purdue superfan's book "The Upset" is now available for purchase and the proceeds will go towards cancer research. 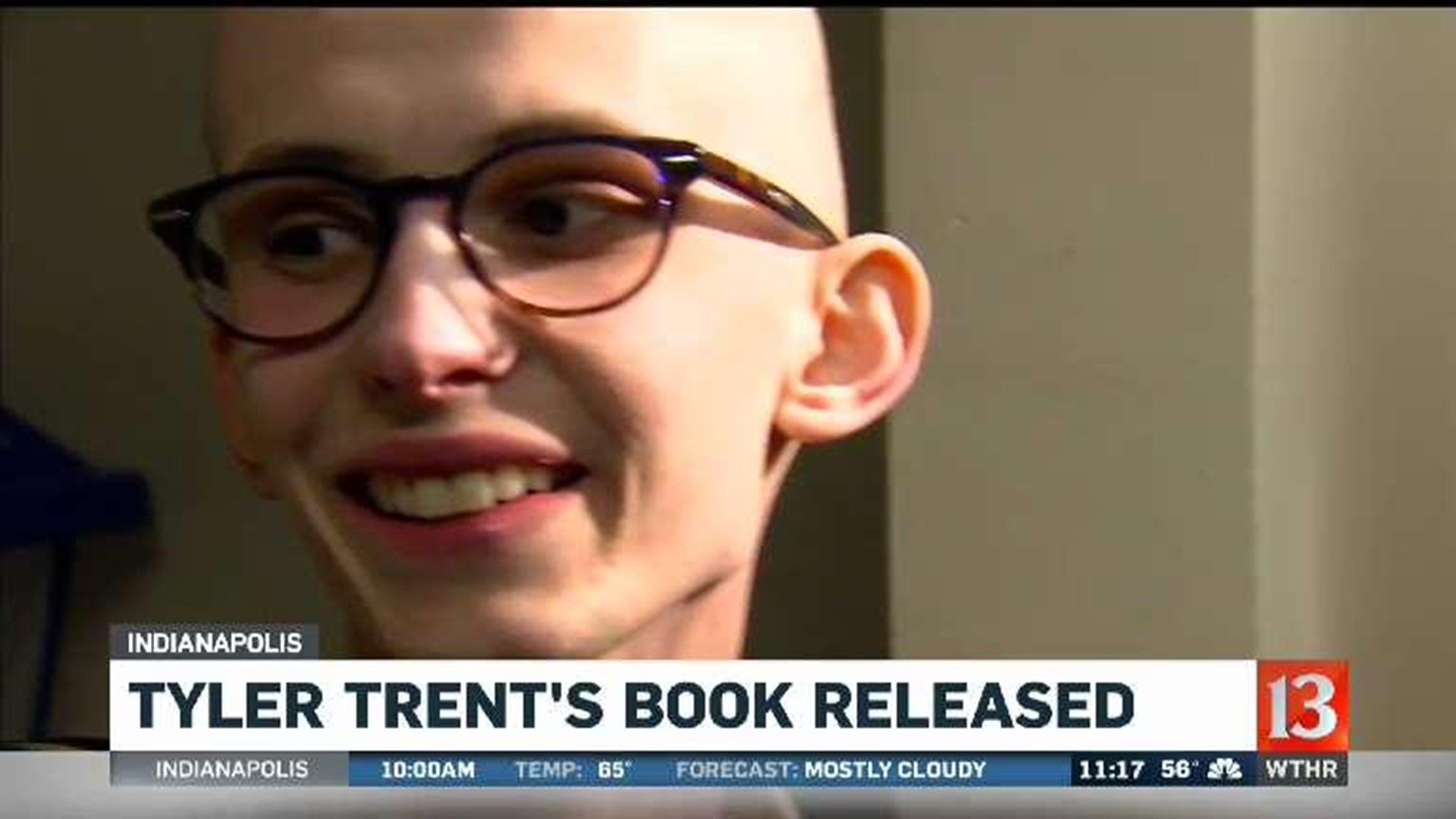 INDIANAPOLIS (WTHR) - Tony and Kelly Trent sat in the lobby of the Wells Center for Pediatric Research in downtown Indianapolis signing copies of the “The Upset” book that their 20-year-old son and Purdue superfan authored in the final weeks of his life.

"We want them to see that the journey that Tyler went through was really, for a lack of terms, a horrific journey,” said Tony. “He kept his faith and his attitude and his smile through the whole journey."

“The Upset”—@theTylerTrent story—is now available. A portion of every book purchase from https://t.co/VoKBUJgZx7 will be donated to cancer research in Tyler’s name and to help families facing cancer. #TylerStrong pic.twitter.com/l25O9pKFxi

"Tony and I feel a great responsibility to carry on, to be Tyler's voice, to be the voice for the other kids who maybe don't have this platform,” said Kelly.

Tyler gained national attention after predicting Purdue's football upset of Ohio State last fall. That gave him a platform to share his faith and his passion for cancer research.

Researchers at the Wells Center for pediatric research took Tony and Kelly upstairs to the laboratory Tuesday for a look in the microscope and an update on the work done since Tyler first donated his osteosarcoma tumors two years ago.

Parents @TonyTrent10 @Kat9798 of @theTylerTrent check out @RileyChildrens research being done on their son’s donated osteosarcoma tumor cancer cells. Proceeds from “The Upset” will go to further research. pic.twitter.com/IneBnUkfTI

"The miracle isn't necessarily that Tyler was healed physically,” said Kelly. “But what we're doing today is. His story continues. His legacy continues, his awareness for cancer research."

Proceeds from “The Upset” book sales will further the research. Before his death January 1, Tyler set a goal of raising $1 million from proceeds of his book.