Tyler Trent to be honored with Stuart Scott ENSPIRE Award

More honors are coming Tyler Trent's way, six months after he passed away following a long and courageous cancer battle. 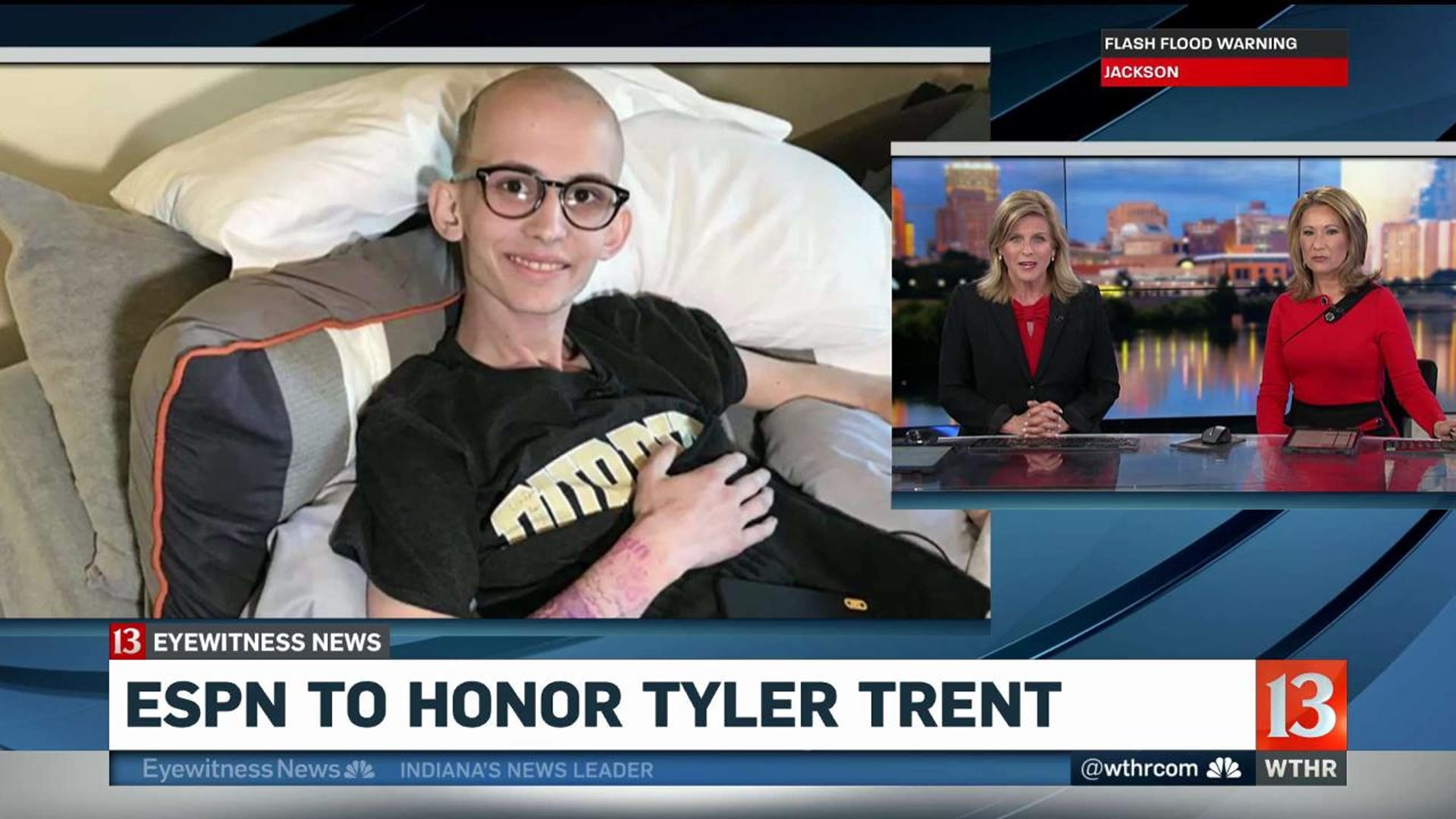 BRISTOL, Conn. (WTHR) - Tyler Trent is getting another big honor.

ESPN announced Wednesday Trent will be honored with the 2019 Stuart Scott ENSPIRE Award. The Purdue University alum passed away in January after a long battle with cancer.

The award honors his commitment to never stop serving others. Trent used his platform to raise awareness and money for cancer research and his mission continues today.

His book, "The Upset," was released last month, with a portion of sales going toward furthering cancer research in Trent's name. Before he passed, he set a goal to raise $1 million from proceeds from the book.

Taekwondo champion Lina Khalifeh, who has trained thousands of women self-defense, is also being honored.

The pair will be honored at the 2019 Sports Humanitarian Awards in Los Angeles on July 9.