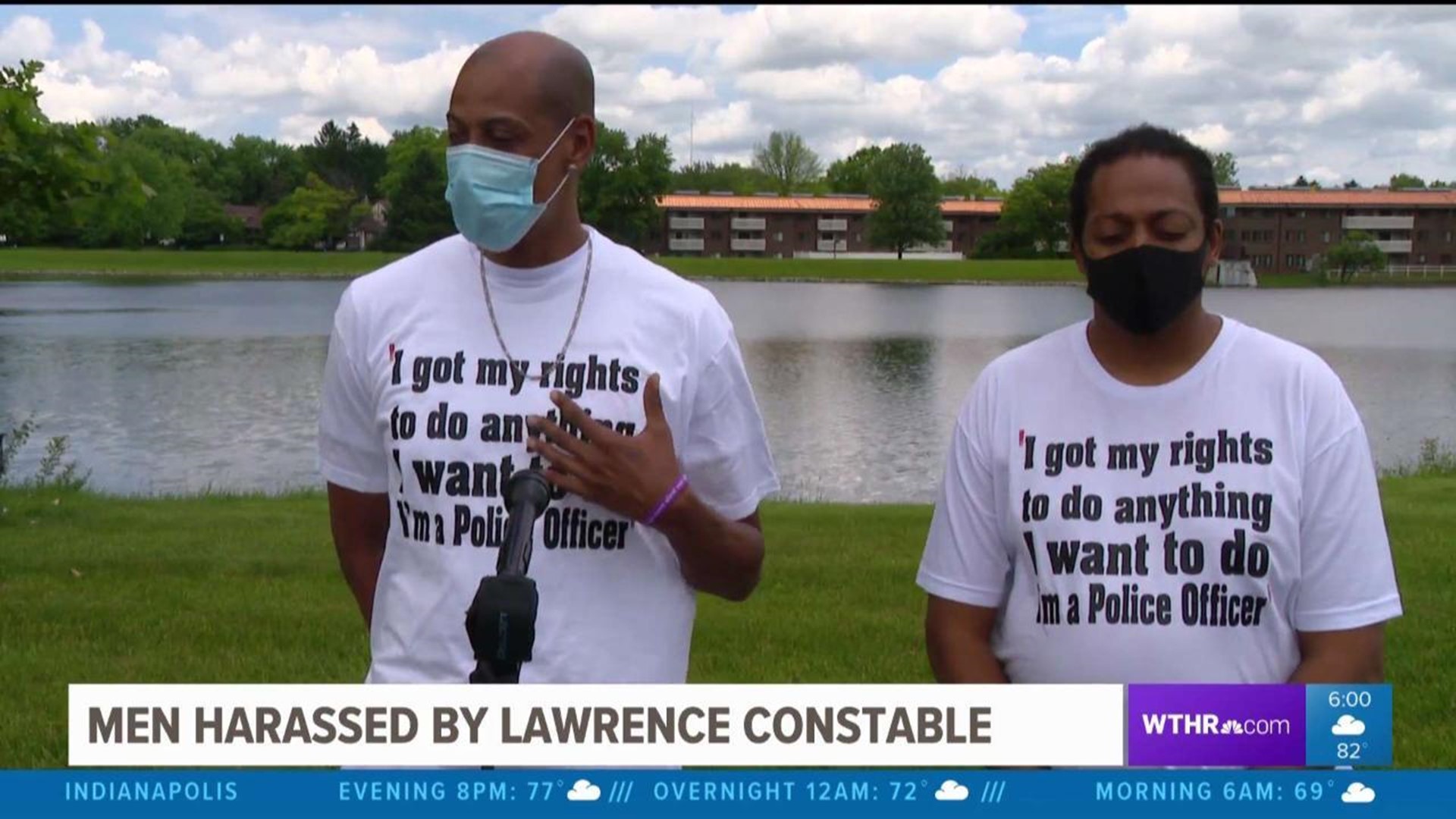 Aaron Blackwell and his cousin Derell Cunningham say they were racially profiled after shopping at Nordstrom Rack in November 2019 by then Lawrence Township Constable Daryl Jones. ​

Jones was fired from his job.​

​Blackwell and Cunningham, who have cellphone video of the incident, say incidents like this happen far too often.​

"He even told the officer on the video, 'No they paid for everything,'" said Blackwell. "The whole thing was unlawful."​

In the video, Jones can be heard telling the men they look suspicious.​

"Unfortunately, the minorities have the true understanding of what it feels like, what you go home with, what the nightmares are like," Blackwell said.

"It's like racism came back with a vengeance. It's been accepted for a very long time, especially in this city and in this state," Blackwell said.

He says now is the time to reach the youth so they can help make a difference.​

​He says change comes more than just from capturing incidents via cellphone.​

"Police officers they know we're filming and they don't stop. Daryl Jones knew we were filming and he didn't stop," Blackwell said.

Blackwell wants others to leave a lasting message of peace.​

"Do not allow this movement to turn into something where they can just say we were just causing fires and just looting. Just be peaceful and together we're stronger, but just be peaceful. I do not incite violence. I don't anybody should be violent, but please keep responding. I do incite a response," Blackwell said.