Two men have been arrested, charged with stealing a car owned by a former Indianapolis Colts player. 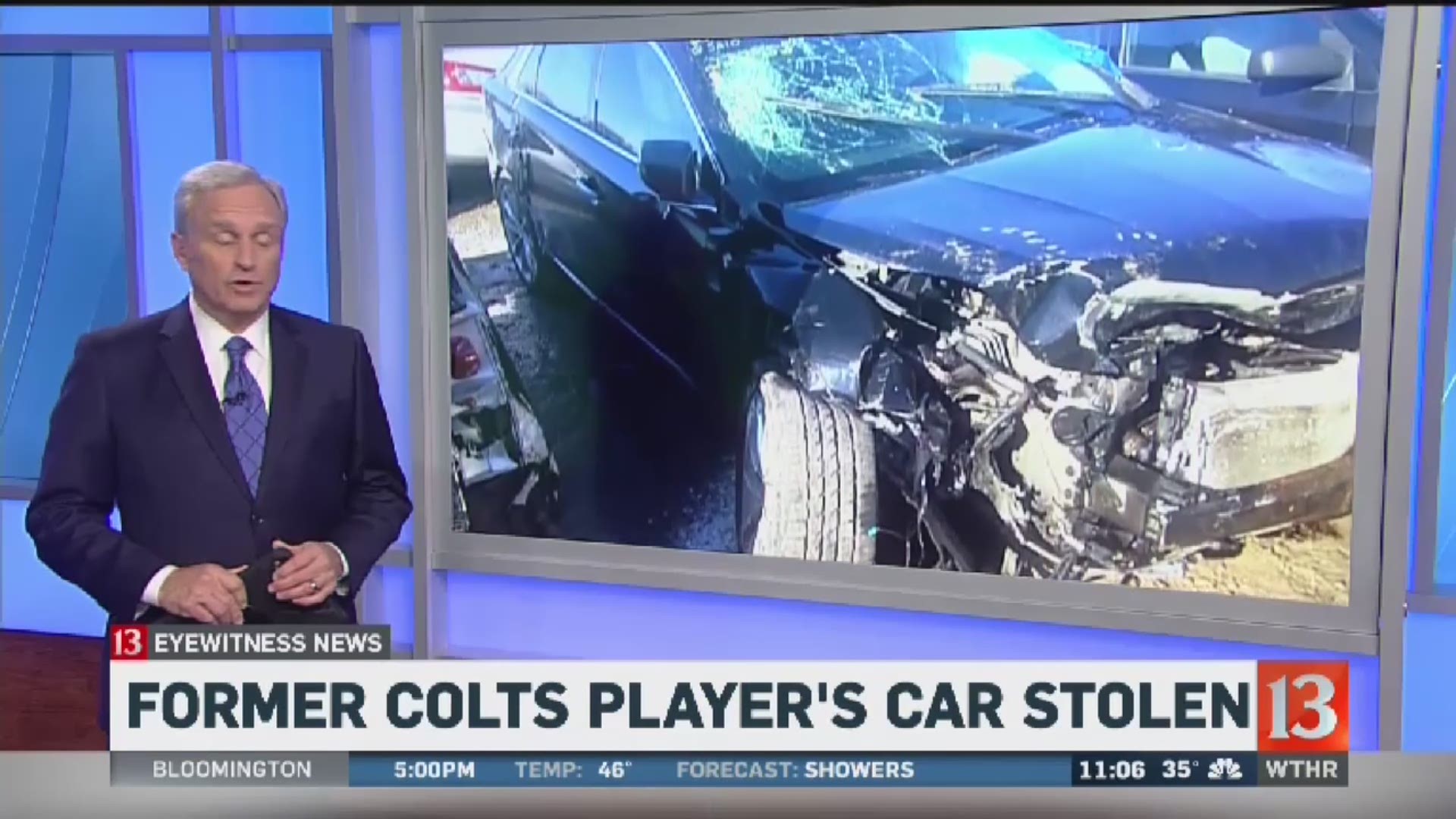 INDIANAPOLIS (WTHR) - Two men have been arrested and charged with stealing the car of a former Colts player last Friday and taking it on a joyride, before crashing it.

"That's the last time, I'm going to leave my car running out in public again," said Nwokorie, who explains he was only gone for a minute, stepping just inside the door at Landsharks Friday night in Broad Ripple.

Nwokorie says he left his car running out front, but when he turned around a minute later, it was gone.

"You just don't go around taking peoples belongings and definitely not their car," said Nwokorie.

According to Nwokorie police located the former Colt's player's Cadillac a few hours later, totaled and on its side at Butler University.

"It was my baby, yes. It was my baby, had everything in it that I wanted and now it's gone," said Nwokorie, who added it was better he didn't catch the men in the act.

"If it was going to happen, I think it happened the best way with me not seeing them because there's no telling what I could have done," said Nwokorie.

"Honestly, at this point, nothing that comes out of my mouth towards them is going to be positive so, I just have nothing to say to them," said Nwokorie, adding he looked forward to hearing what the suspects will have to say in court.

Both Barnett and Walker have bonded out of jail.