Turn 2 Reunion: Man reunites with doctor who saved his life on Carb Day

"It was eight hours but it seemed like a lifetime," Stephanie Underhill remembers. 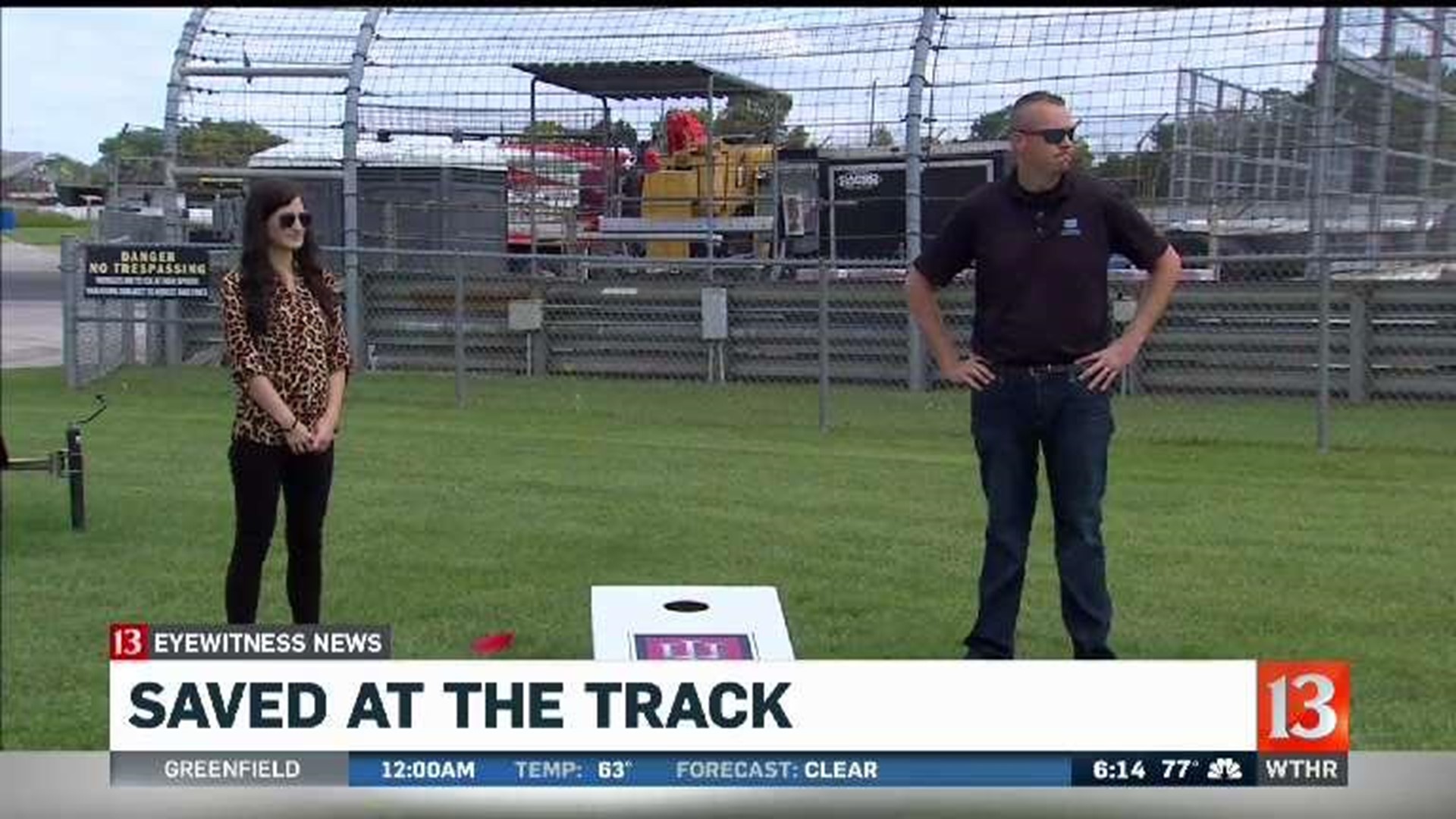 INDIANAPOLIS (WTHR) - "It was eight hours but it seemed like a lifetime," Stephanie Underhill remembers.

It was just three months ago.

Her husband's life was on the line but now Stephanie Underhill and her husband Curtis went back to Turn 2 at the Indianapolis Motor Speedway to talk about what happened there and what is about to happen.

It a reunion of sorts for Curtis Underhill. After all, it was just three months ago on Carb Day when he was playing bags in Turn 2 at the motor speedway when things took a turn for the worse.

"It was ten in the morning, had a couple of drinks, couple hot dogs and the next thing I know I had a pain in the chest and it took me down to one knee," Underhill explained.

Fortunately he was right next to the infield care center, where they assessed his condition and transferred him to IU Health Methodist Hospital where Dr. Lawrence Lee was waiting.

"It was a tear in the aorta in a very critical area. There actually are very few things in the heart world that require immediate surgery and this is one of them," Lee explained.

Since the condition had a mortality rate of 90 percent, Lee told Underhill he needed to call his loved ones.

"He called me telling me what he was experiencing and also said if worse comes to worse, he was basically telling me goodbye," Stephanie Underhill recalled.

Three months later, the three are back together again. Back where it all began and where their story is about to take another turn.

"I told him a week after he was discharged we are going to have another baby," Stephanie revealed with a broad smile.

"There was a chance that I didn't get a chance to meet an unborn son. That's difficult," Curtis contemplated.

"If things would have turned out another way, my unborn child would never know their father. My daughter is two," Stephanie added.

"We take our days for granted and there are some people who really remind you about why I went into medicine and into surgery and became a doctor," Lee said.

To save lives, to save families and to make more memories.

Curtis has since quit smoking and has lost over 30 pounds and has every intention of being back in Turn 2 for Carb Day next year.