The creator got the idea for the "Trump Unity Bridge" two years ago during the 2016 election. 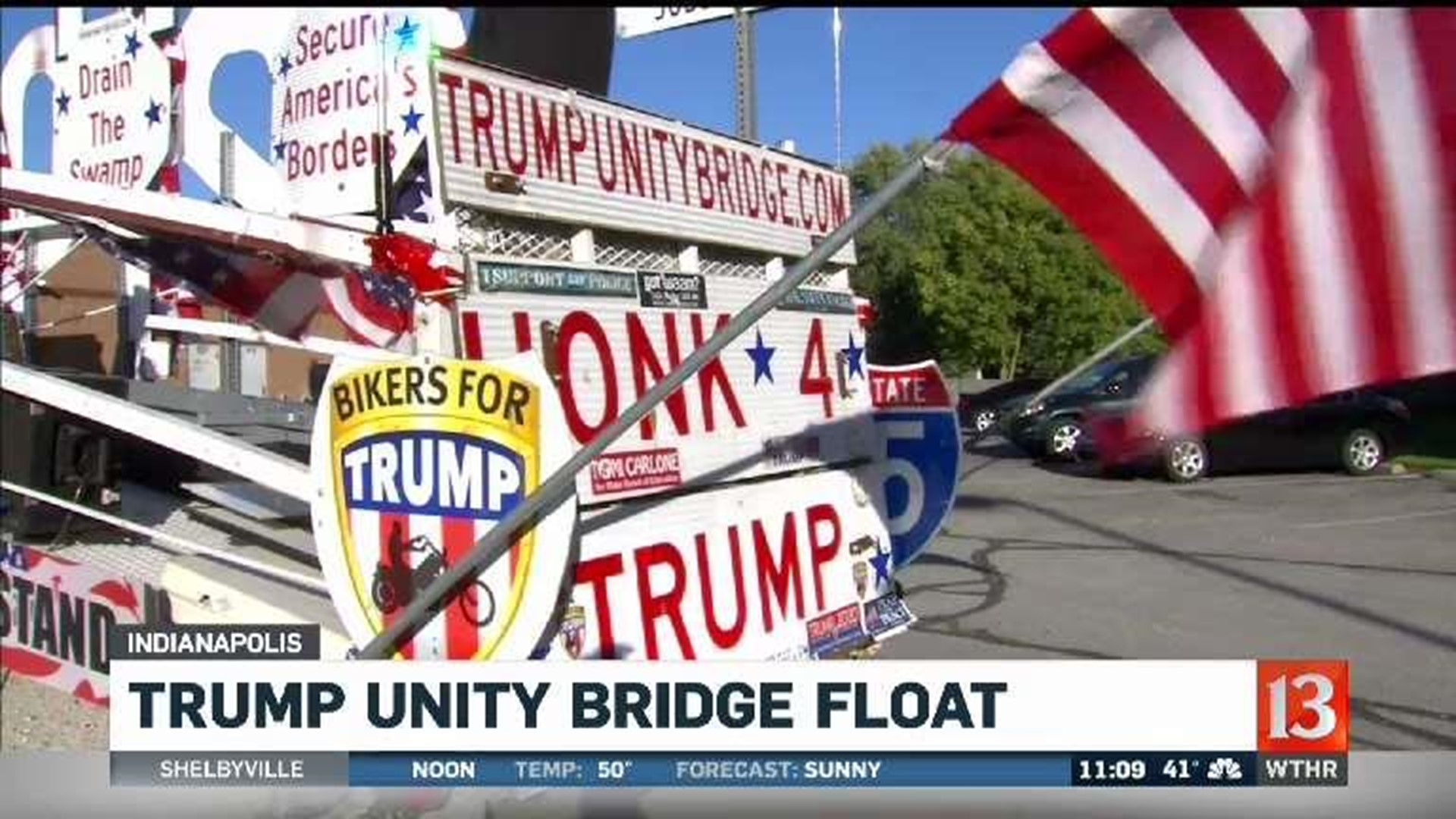 INDIANAPOLIS (WTHR) - If you were around downtown on Wednesday, you might have seen a Trump-themed parade float.

The creator got the idea for the "Trump Unity Bridge" two years ago during the 2016 election.

But after the election was over, he didn't stop touring the country.

"After he was elected, everyone said 'what are you going to do?' Well, America has a lot of work that needs to be done because all the division was brought out during the election, so now we need to unite people on positive messages and make America a better place," said Rob Cortis, creator.

Cortis says he now wants to visit all 48 continental states. His next stop is Missouri.