A true sign of a family's love: Billboard in Johnson County looks for kidney donor

You never know where you might find a cry for help. Sometimes it might literally be on the road. 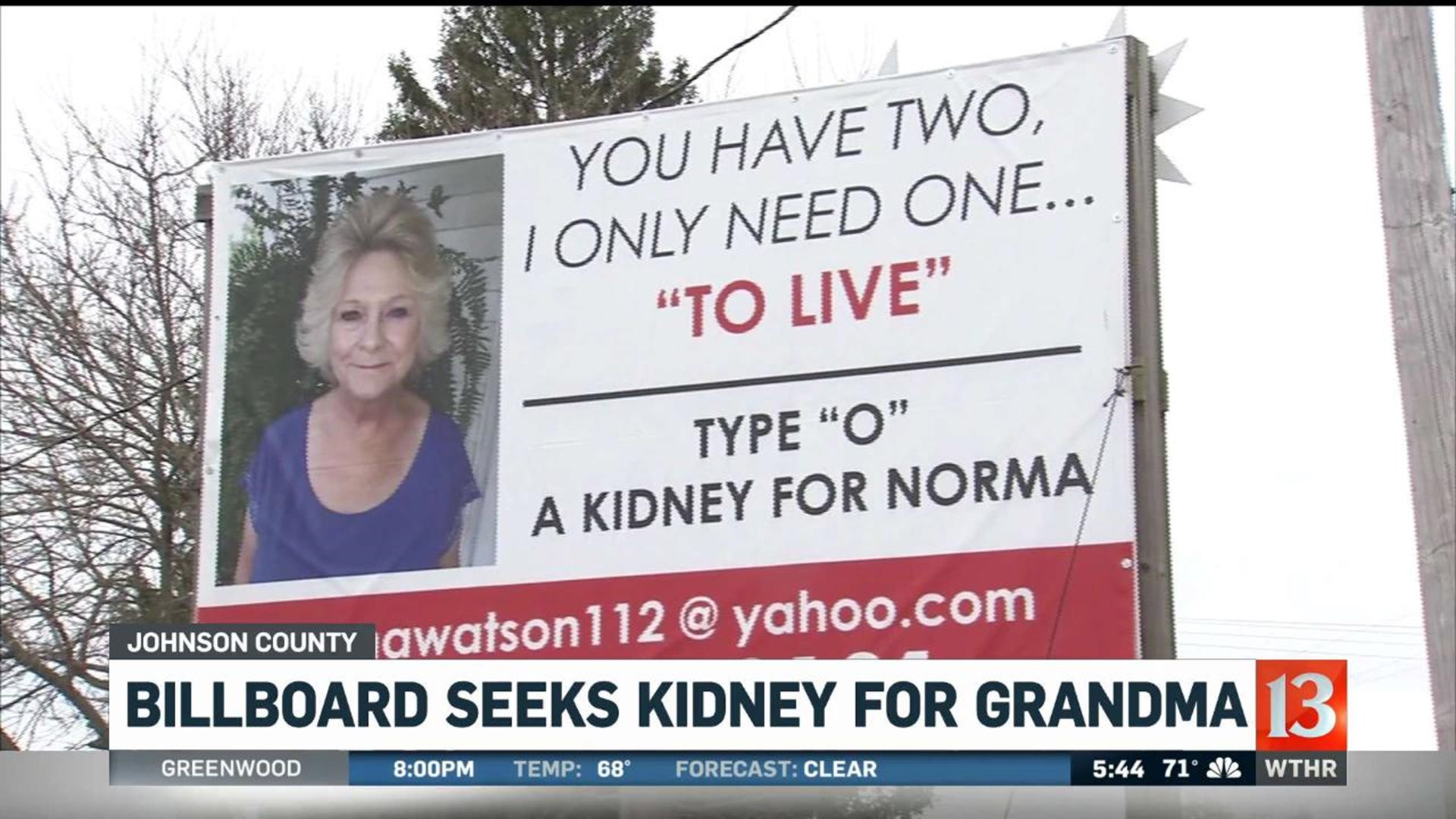 JOHNSON COUNTY, Ind. (WTHR) — Norma Watson is facing kidney failure with the strength you might expect from a loving grandmother.

That is why they took the action they have.

You never know where you might find a cry for help. Sometimes it might literally be on the road.

After all, as the truck says, there are 400,000 people in need of a kidney transplant. In this case, a husband wants to find a donor for his wife.

"I need a kidney," she said bluntly while sitting on the back porch of her Princess Lakes home.

She has been fighting kidney failure for five years. The billboard went up six months ago.

"It's a beautiful area. Once the trees bloom, flowers planted, kids in the water, fishing on the boat. Have a good time," Dawna Forward wants these walks with her mother on Princess Lake in Johnson County to continue.

"We know the outcome if she doesn't get a kidney. People on can only live so long on dialysis," she explained.

So the family raised money to put up a billboard near the intersection of SR 252 and U.S. 31, but it will only be up for two more days.

"If you stop dialysis, I have about two weeks so it keeps me going," Norma stated.

Just last week, she found her husband Shelby slumped over the wheel in his truck as he was warming it up to take her to dialysis. Now she will be driving him to his doctor’s appointment.

"I really hate what this is doing to my husband, my kids and the rest of my family," Norma shared.

"It's difficult, it's scary, it's frightening. You never know how it will turn out," daughter Dawna Forward continued.

There are also yard signs sprinkled around Nineveh listing her phone number and email with the simple slogan, "share your spare."

To motorists passing by she's just a picture on a billboard at 252 and 31, but to her family this billboard could mean life.

The billboard will be taken down later this week, but the need for kidney donations will go on long after that.

If you are interested in donating to Great Lakes Transplant Fund in honor of Norma, you can do so here.