Truckers protest with slow-roll across I-465 Thursday

Truckers from Indiana and beyond used a "slow-roll" protest on I-465 Thursday. 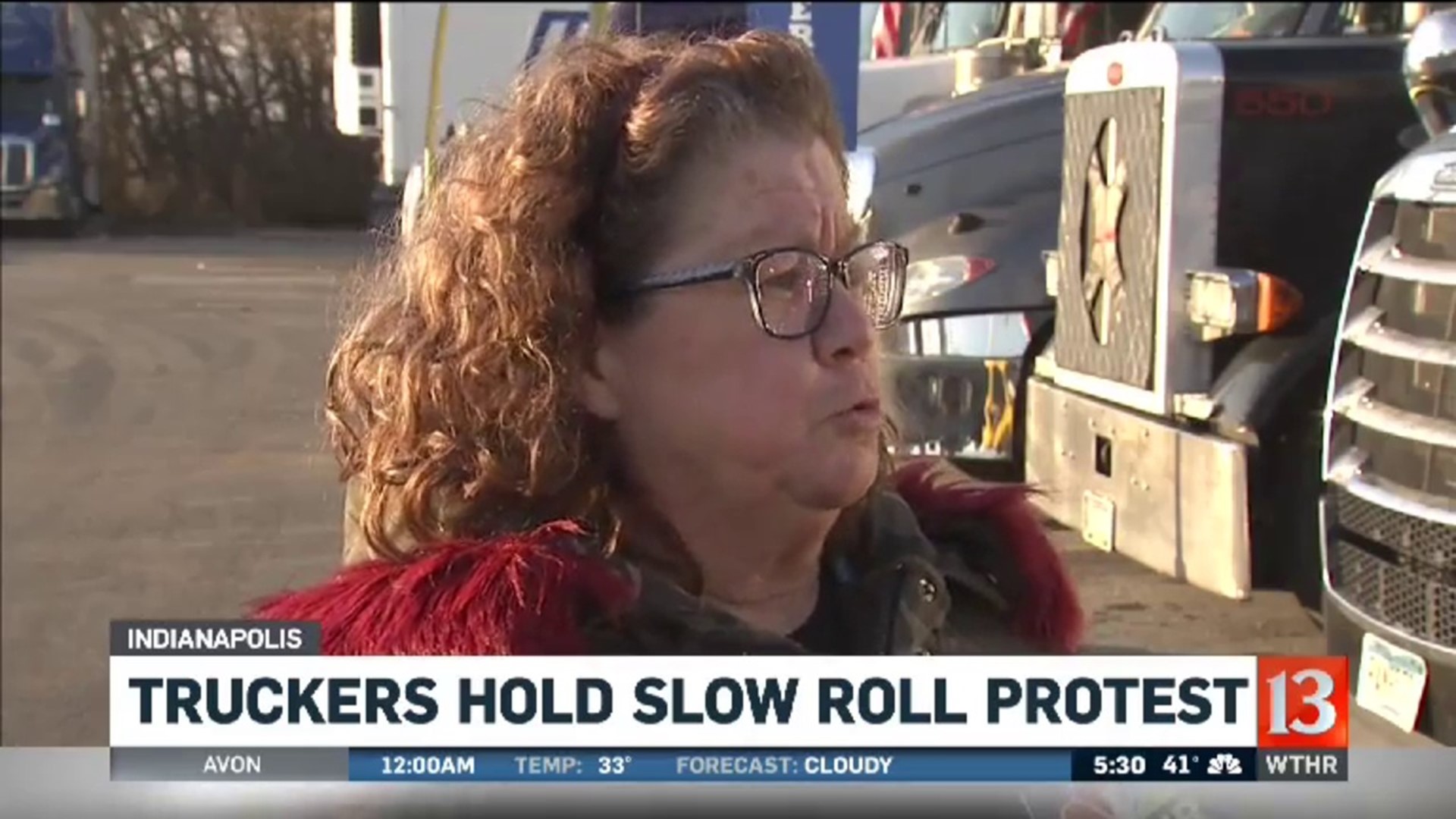 INDIANAPOLIS (WTHR) — Truckers from Indiana and beyond used a "slow-roll" protest on I-465 Thursday from 11 a.m to 2 p.m.

Truckers like Andy Scott rolled into low gear to protest the mandatory use of electronic logging books and other changes they say have made their jobs tougher and less safe.

"We got into trucking for the freedom, the open road," said Scott. "And there are more and more regulations. We're the most regulated industry there is."

So he and others showed their frustration by slowing down one of central Indiana's busiest interstates.

Bunch of truck drivers starting to gather here at the TA Travel Center in Clayton, IN. Slow roll on I-465 scheduled to start at 11. @WTHRcom https://t.co/lMdFV4a7tk pic.twitter.com/MYPeSiLrVE

The truckers made two counter-clockwise loops around I-465 traveling between 45 and 50 mph.

"We're going to be as safe as we can with a slow-roll," said Scott. That plan calls for trucks sticking to the two right lanes, leaving the left lane open and allowing traffic to merge on and off.

Sgt. John Perrine with Indiana State Police said they've talked to organizers and will be ready.

"Right now we really don't know what to expect but we do have the manpower on standby, do have a plan in place and will be prepared if they deviate from the plan they told us they were going to do," said Perrine.

Trish Tedrow, part owner of a trucking company in Ohio, had said they'd love to have 100 or more truckers participate but it was hard to predict how many would join the convoy. Recent slow-rolls in Dallas and Southern Illinois drew between 12 to 15 trucks.

Sgt. John Perrine with the Indiana State Police said organizers had contacted ISP about the protest but were also unsure about the numbers or potential impact on traffic.

"Right now we don't know what to expect but we do have manpower on standby. We do have a plan in place and will be prepared, if they deviate from the plan they told us," said Perrine, noting that would include obstructing traffic.

When asked if she was worried about angering drivers, Tedrow said, "I'm sure that will happen, but trucks move everything. Everything you have was brought by a truck. We all need truckers."

She said Thursday's slow-roll was a lead-up to a nationwide "shutdown" of drivers planned for April 12, again to protest a number of working conditions.