A family from the St. Louis area got stranded in Indianapolis after someone stole their truck and nearly all of their belongings. 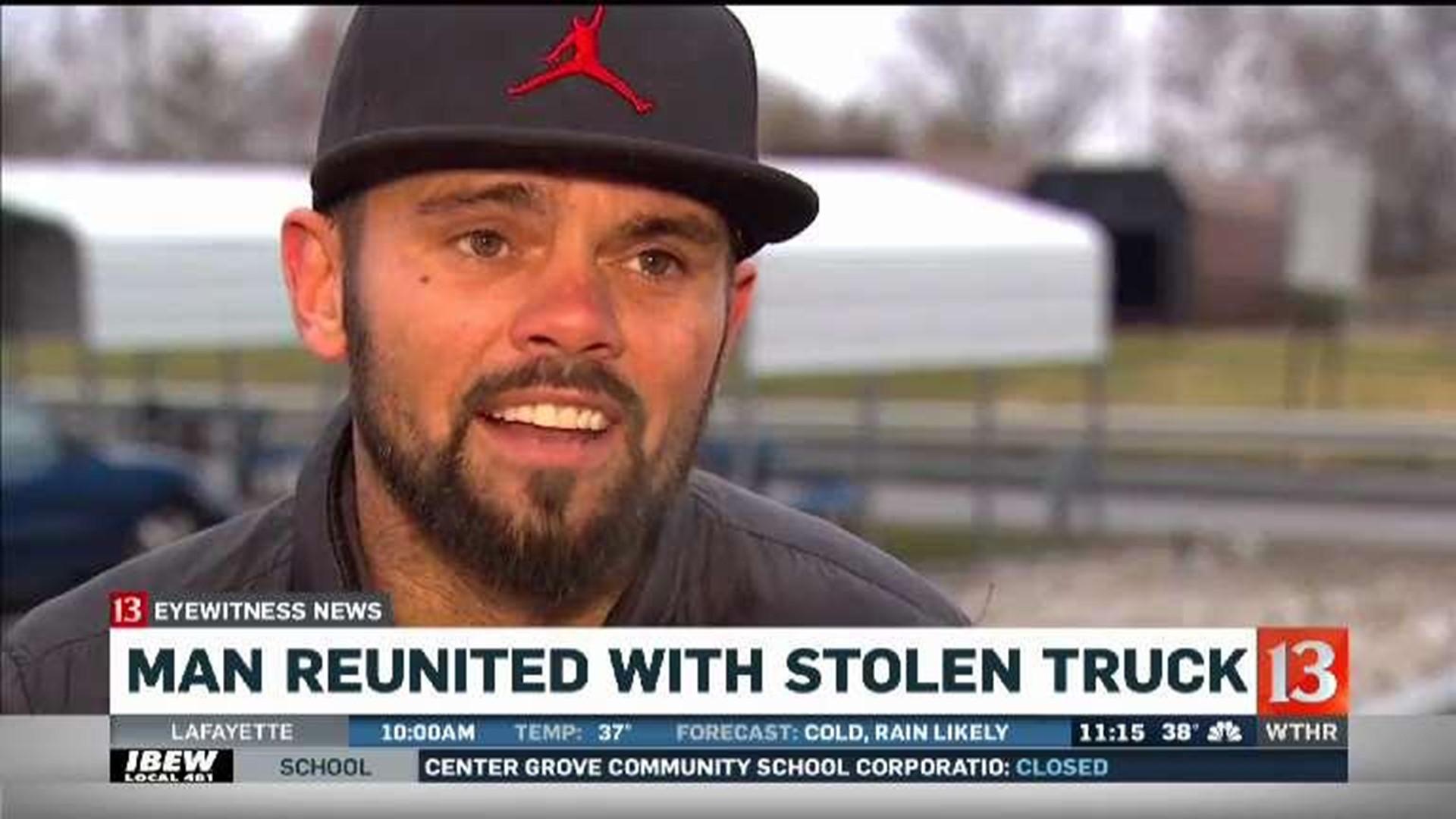 INDIANAPOLIS (WTHR) — "She's back," said Chris Burke, laughing and tapping on a black pick up truck as it passed by him on a tow truck.

The concrete worker from St. Louis says it's the first time he has smiled in a week.

"I missed you," Burke shouted at the truck.

He wasn't sure he'd ever see it again. Someone stole it from the parking lot of the hotel where Burke and his family were staying.

"You never know what this is like until it happens," said Burke.

He not only lost his truck, but thousands of dollars worth of construction tools that were inside, along with his kids' car seats.

"I'm in trying to better Indiana and that's how I felt I got repaid," he said.

Adding insult to injury, whoever took the truck found the title in the glove compartment and sold it in an online transaction.

"They said it might have been chopped up completely if I wouldn't have had the title in the car," Burke said.

Police tracked the truck when the vehicle identification number was run as it was repurchased.

Investigators told that purchaser she'd bought a stolen truck. Police took possession of the vehicle and brought it to a south side impound lot. Burke says when he tried to claim it there, he was turned away.

"I was told I could not get the vehicle whatsoever because I didn't have a title," he said.

When Burke called the BMV in Missouri, he was told it could take up to six months to get a new title.

That's something he couldn't afford to wait for, with the impound lot charging him $210 a day for his truck to just sit there.

"Would have been paying more than what the truck is really worth," Burke said.

With money so tight, a relative offered to come from Missouri and safely got Burke's family home.

That same relative came back for Burke, who was determined to stay and try to get his truck back.

To save money, they slept in the relative's car.

"It was miserable," said Burke.

Burke says when he told the staff at the impound lot he was going to talk to the media about his dilemma, everything changed.

"She pretty much said, 'I'm giving you back your truck,'" Burke recalled. A few hours later, the impound lot released Burke's truck.

"I'm so glad this is all over. I'm just so glad I got to go home and I'm so happy I got a truck now and transportation that will get me back and forth to work so I can keep my job. I'm happy for my whole family," he said.