You could say this moment was 15 years in the making. 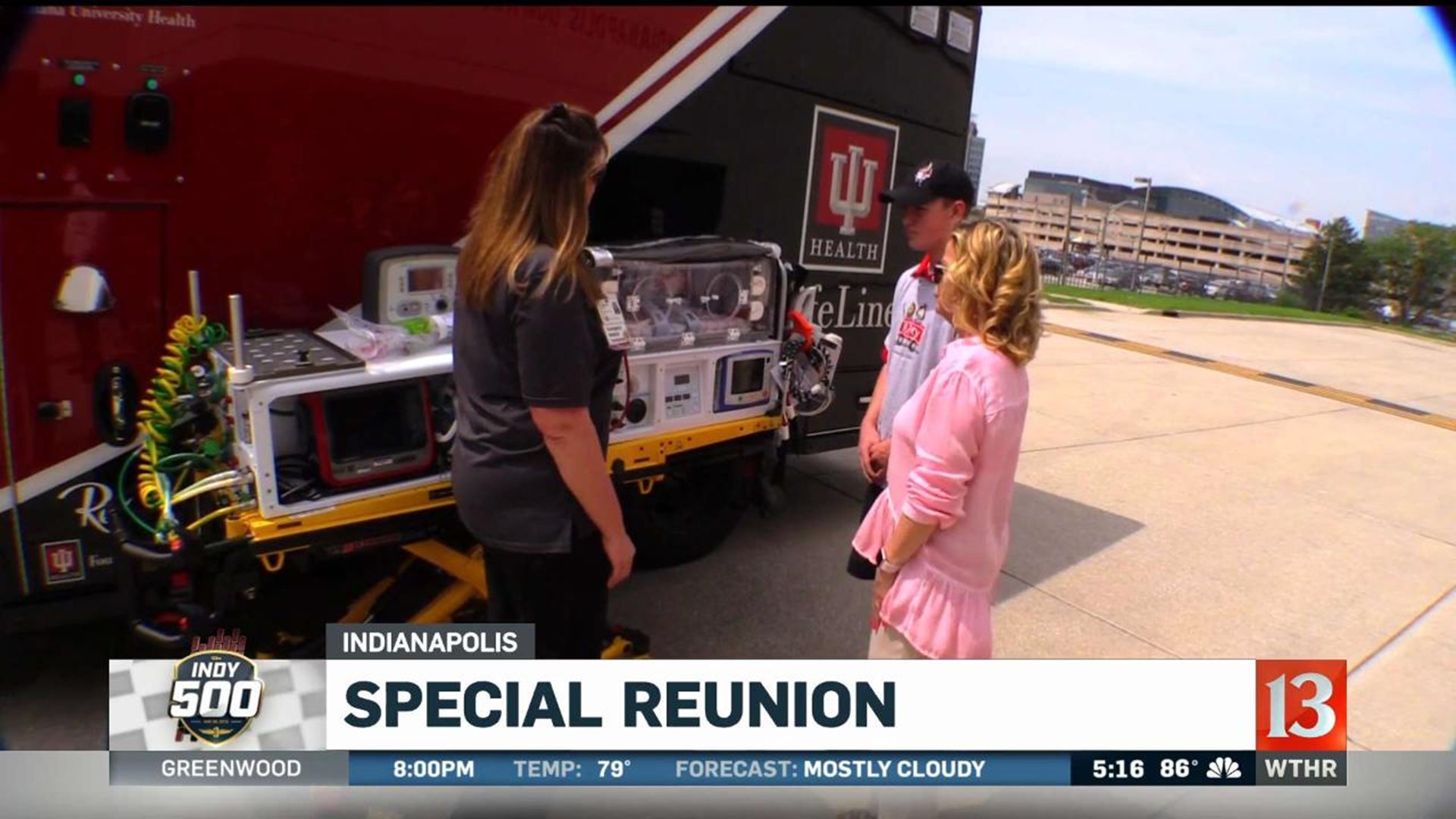 INDIANAPOLIS (WTHR) - A very special person will deliver the green flag to this year's Indianapolis 500.

You could say the moment is 15 years in the making.

Trey Edens has been practicing taking off from the same spot where he landed aboard a LifeLine helicopter when he was less than 24 hours old.

"My right lung was full of fluid, water, and it was pushing against my heart," Trey said.

He was in critical condition and immediately flown from Anderson to IU Health Riley Hospital for surgery.

I had my right lung removed so I'm just pumping with my left one and up to this day, I mean, there's no problems," Trey told us.

He got a chance to see how babies are transported in a special ventilator. But it was more than just a lesson. It was a reunion, for the very first time, with the first responders who were part of saving his life.

"We never hardly ever get this experience to see how they've turned out and experiences and how their life has been and what they've overcome in the process," said Christie Stevens, a LifeLine EMT.

"And he's rather exceptional anyway because he's such a humble child," said Riley's Bonnie Burker.

His resiliency and character are a few of the reasons why he's been chosen to deliver to the green flag on LifeLine to the Indy 500.

"It's an honor to be able to deliver the flag to Matt Damon and Christian Bale, representing IU and then myself," said Trey.

Trey, 15, is now working as an EMS first responder with the Wildcat Township Volunteer Fire and Rescue Department.

"First responder basically just gives medical care until like the EMT or the paramedic arrives. We're the first ones there to assist the patient," Trey explained.

It's his way of giving back after receiving the gift of life.

"Possibly go to medic school after this, and who knows, maybe I'll end up back here," said Trey.