The Decatur Township Fire Department is mourning the death of one its firefighters in the line of duty for the first time in the history of the department. 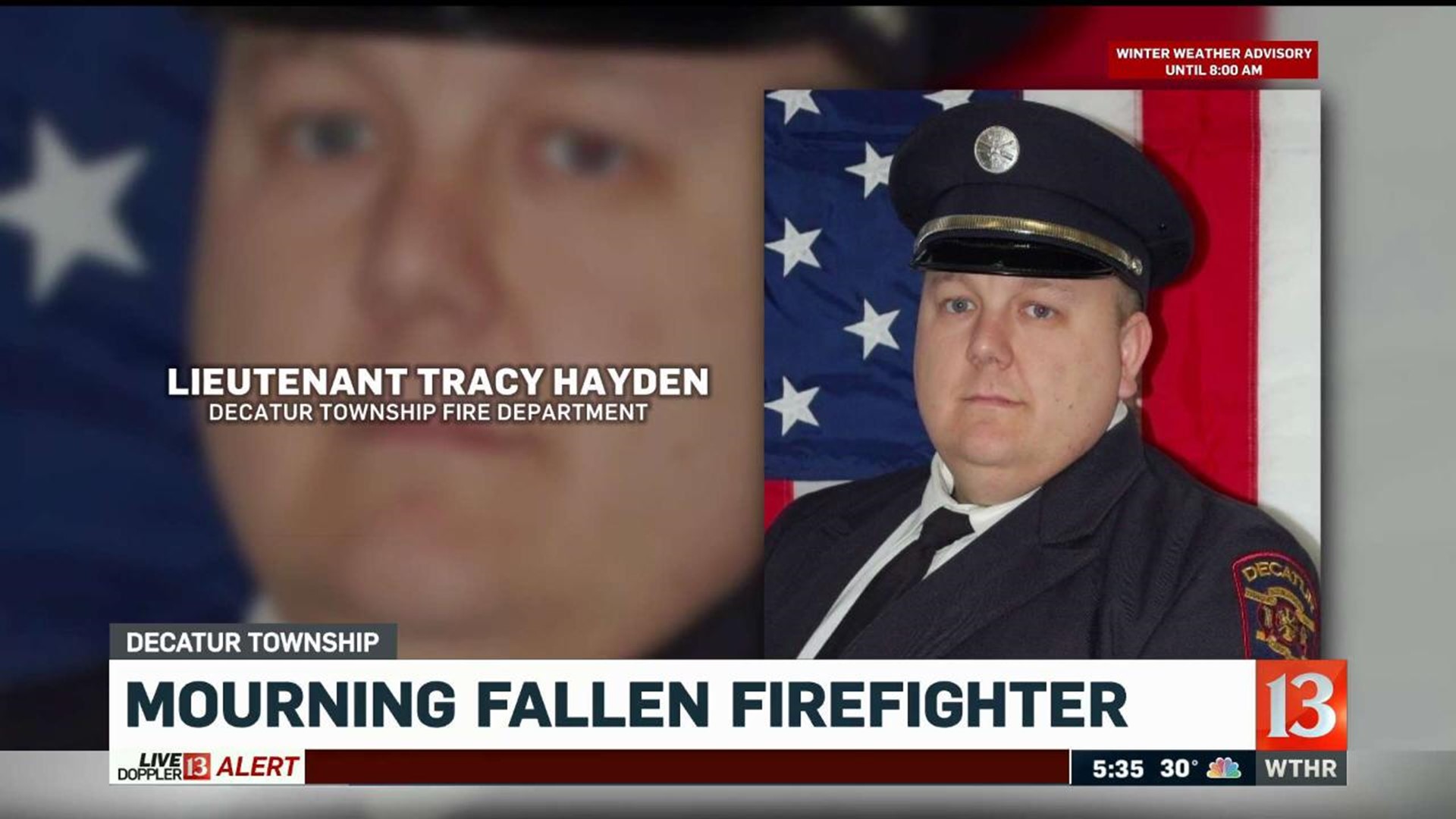 INDIANAPOLIS (WTHR) - The Decatur Township Fire Department is mourning the death of one its firefighters in the line of duty for the first time in the history of the department.

Lieutenant Tracy Hayden died on Saturday after a fight with leukemia.

"He could light the room up,” said Decatur Township Fire Department Chief Pascal Arnes. “He always had a huge smile on his face. Tracy is the one who could take a bad environment and everyone was leaving laughing. Tracy will be dearly missed."

The fire believed responsible for Lt. Hayden’s death happened four years ago. He was diagnosed with leukemia in April. After 17 years with the Decatur Township Fire Department, he lost a 7-month battle with leukemia Saturday. Fellow firefighters believe the cause of that cancer can be traced to prolonged exposure to toxic chemicals at a fire he investigated in October 2015.

A stubborn fire burned for a couple days in a storage building in a wooded area at 5453 Seerley Road near Interstate 70. Hayden and fellow investigators learned the fire was fueled by toxic chemicals stored for years at what became an EPA cleanup site. Five containers believed to be metallic (elemental) potassium were involved in the fire.

"Cancer is becoming a big issue for firefighters,” said Lt. Scott McCaughna, who worked with Lt. Hayden and was the best man at his wedding. “We're exposed to it on fires of all kinds. When the new modern furnishings and materials burn, they liberate various chemicals and our bodies absorb that."

"He gave the best hugs in the world,” said Lt. McCaughna. “I wasn't a hugger until Tracy, and he would take you and just hug you deep in your soul - great personality, very bright light, and very well-respected person here at the fire department."

Hayden was promoted to Lieutenant in 2011 and to Division Chief of Fire and Life Safety in 2014. He investigated fires and worked in fire education with schools and businesses.

Lt. Hayden was 38 years old and is survived by his wife, Tammy, and two young sons. Funeral arrangements should be finalized Tuesday morning, with visitation, a fire department processional and funeral late this week.

The procession route, tentatively set to start at 1:30 p.m., is as follows: