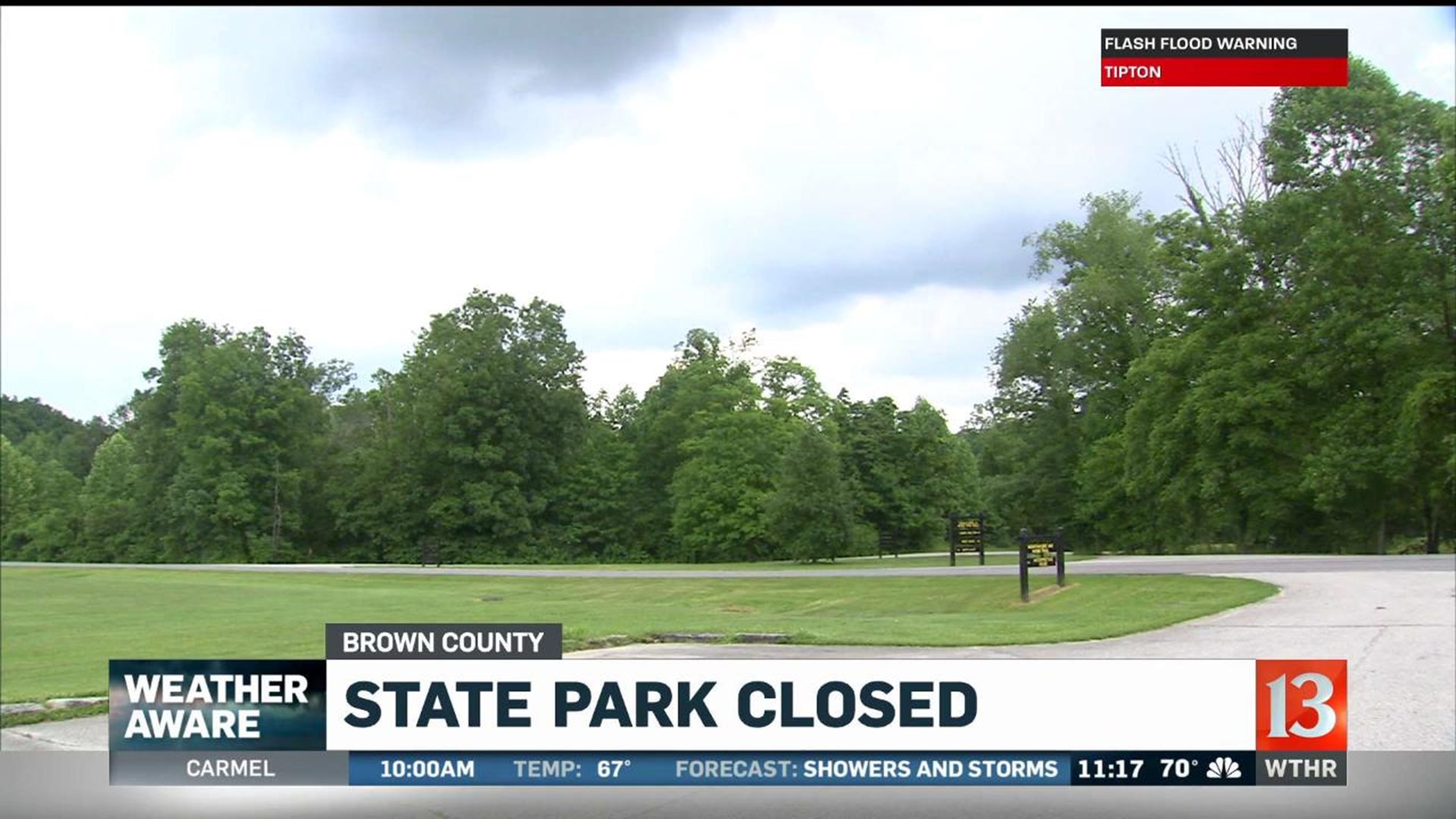 There were no campers, hikers or lodge guests on Wednesday. No one was allowed into the park. The sprawling reservoir, the usually pristine lake Ogle, looks like a giant mud bog. Repeated rain storms filled it with sediment. Before and after photos provided by the Department of Natural Resources show a dramatic difference. The lake is so dirty, the filtration system can't get the water clean enough to drink.

"There was so much water in Lake Ogle, it made it really muddy," said DNR regional director Carl Lindell. "That mud has to be taken out of the water before we can treat it and that mud was clogging our filters."

Without drinking water for guests or water available to fight fires, the workers evacuated the park Monday night.

"We packed them all up and they are staying with us who are from Indiana and we are seeing the sights we can when it is not raining," he said.

Other park guests won't have it so easy. DNR is giving refunds to people who have reservations. Several weddings were scheduled to be held in the park over the weekend but were forced to other venues.

Late Wednesday afternoon, DNR announced the park would be closed through at least Sunday evening.

The closing is more than unfortunate for Nashville commerce. Its stores, restaurants and other businesses rely on park visitors.

The DNR and outside engineers and contractors are working to fix the problem. Everyone is watching the weather, since the last thing Brown County needs is more rain to muddy the water.

There is heavy rain and thunder on Brown County @WTHRcom pic.twitter.com/Qc3FpsPs4R