House Ways and Means Chairman Tim Brown has been moved to an Indianapolis hospital to continue treatment after a motorcycle crash left him in critical condition. 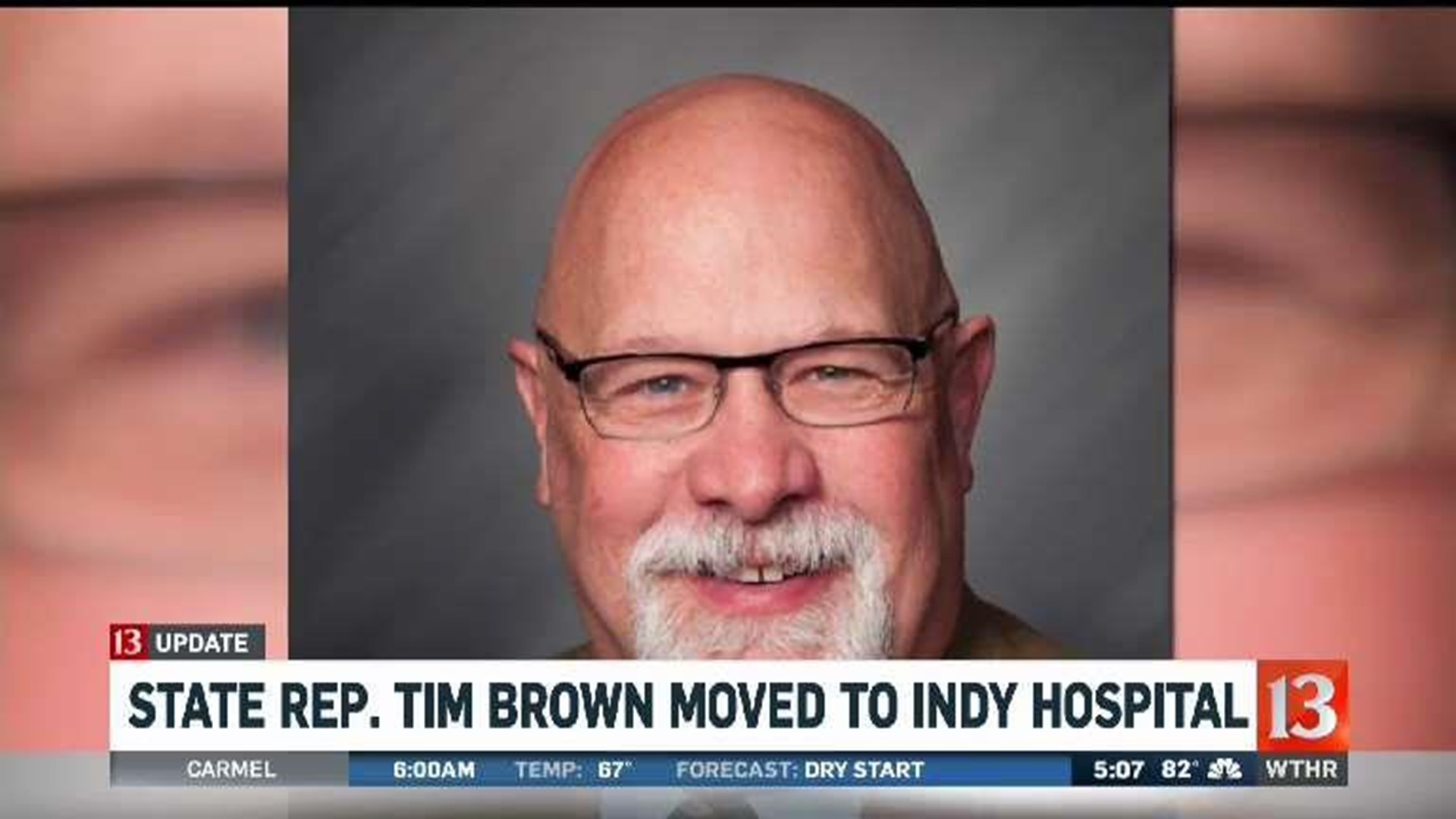 INDIANAPOLIS (WTHR) — Eyewitness News has learned House Ways and Means Chairman Tim Brown has been moved to an Indianapolis hospital.

Brown is being treated after a motorcycle crash in September left him in critical condition.

He was originally taken to a Petoskey, Michigan hospital after he was thrown from his motorcycle when an SUV pulled in front of him near northern Michigan's Mackinac Bridge.

Brown was on a trip with fellow Republican Rep. Mike Speedy of Indianapolis, who wasn't injured.

Brown, a retired emergency room physician, has served in the Legislature since 1994.