One of the world's greatest chess players took on 12 local players -- all at once. And, he didn't hold back. 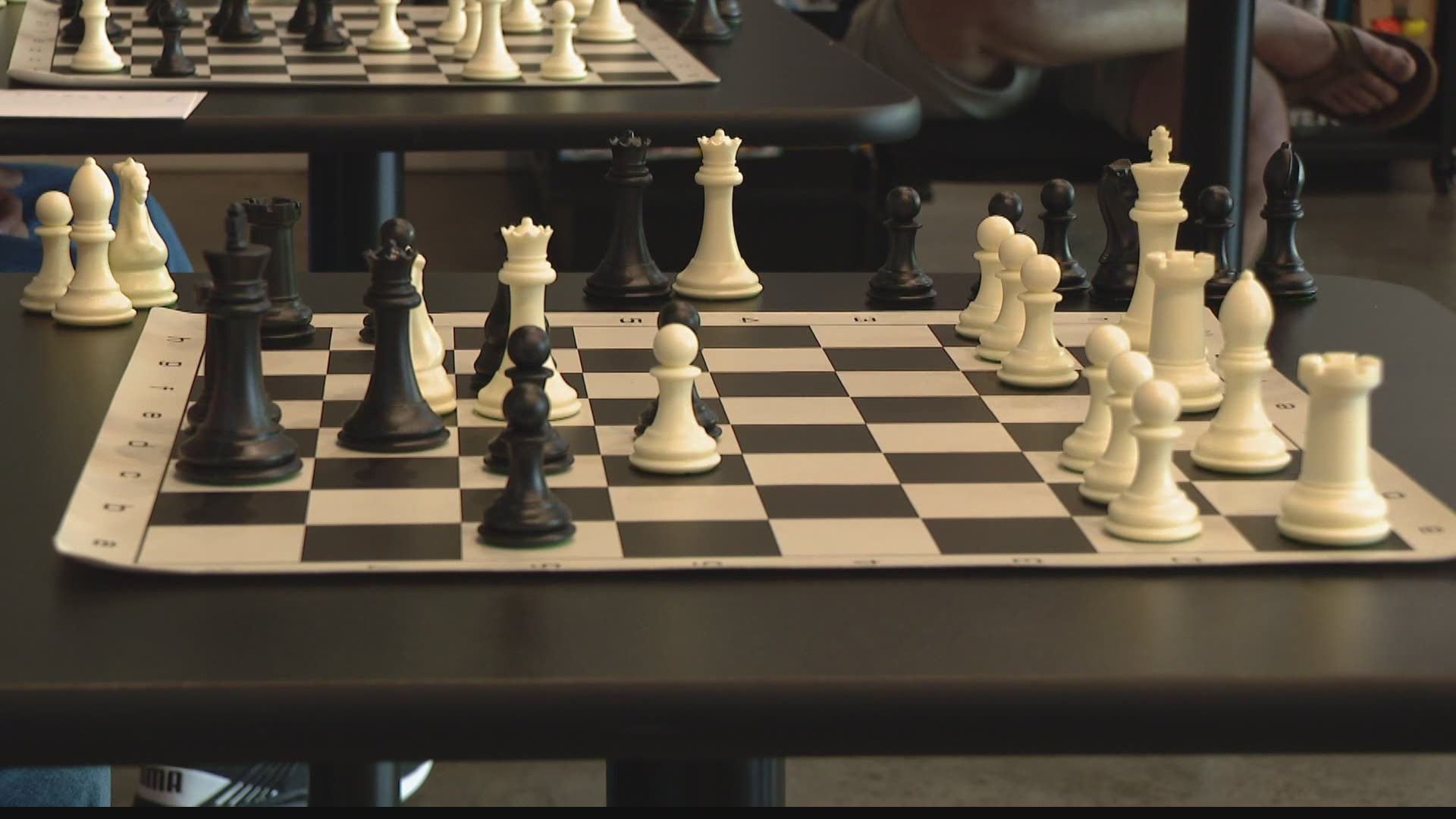 INDIANAPOLIS — There are very few like him. Aleksandr Lenderman isn't just a master at the game of chess, but a grandmaster. A title he worked 10 years to achieve, and it's the most prestigious title in chess.

12 local players from the BC Chess Club in Indianapolis had the opportunity of a lifetime going head-to-head with Lenderman, one of the best chess players in the world. Only Lenderman was facing all 12 at the same time.

"For those who aren’t into chess, it’s literally like stepping on the basketball court with Reggie Miller or on the football field catching a pass from Peyton [Manning]," said Jayson Manship, the owner of Moonshot Games in Indianapolis. "It’s a really big deal.”

“They have, obviously, a little bit better chance because I’m distracted playing other games and if they happen to win or draw against me when I have an off game, obviously that’s a memory they have for their whole life," said Lenderman who's currently ranked 157th in the world among active players.

He didn’t hold back, winning all 12 games.

“There were definitely a couple of games which were not so easy," said Lenderman. "I had to really battle to win.”

Some of his opponents didn’t all feel the same way.

“Honestly, probably a quarter into the game I was feeling bad," said BC Chess Club member Vu Duong. "It’s hard to beat someone like this. He’s so good.”

Lenderman, who lives in New York City, was in town for the Circle City Open chess tournament this past weekend but appears at events like this one to help promote the game.

"It’s just a great thing for the community, for chess to build like that," said Lenderman. "At some point, I was a beginner and a novice player, and I would be excited to play my first master, first grandmaster and now this is a way to give back.”