For more than 20 years, a local radio program has had a vital presence and impact in our city, serving as the voice for the voiceless. 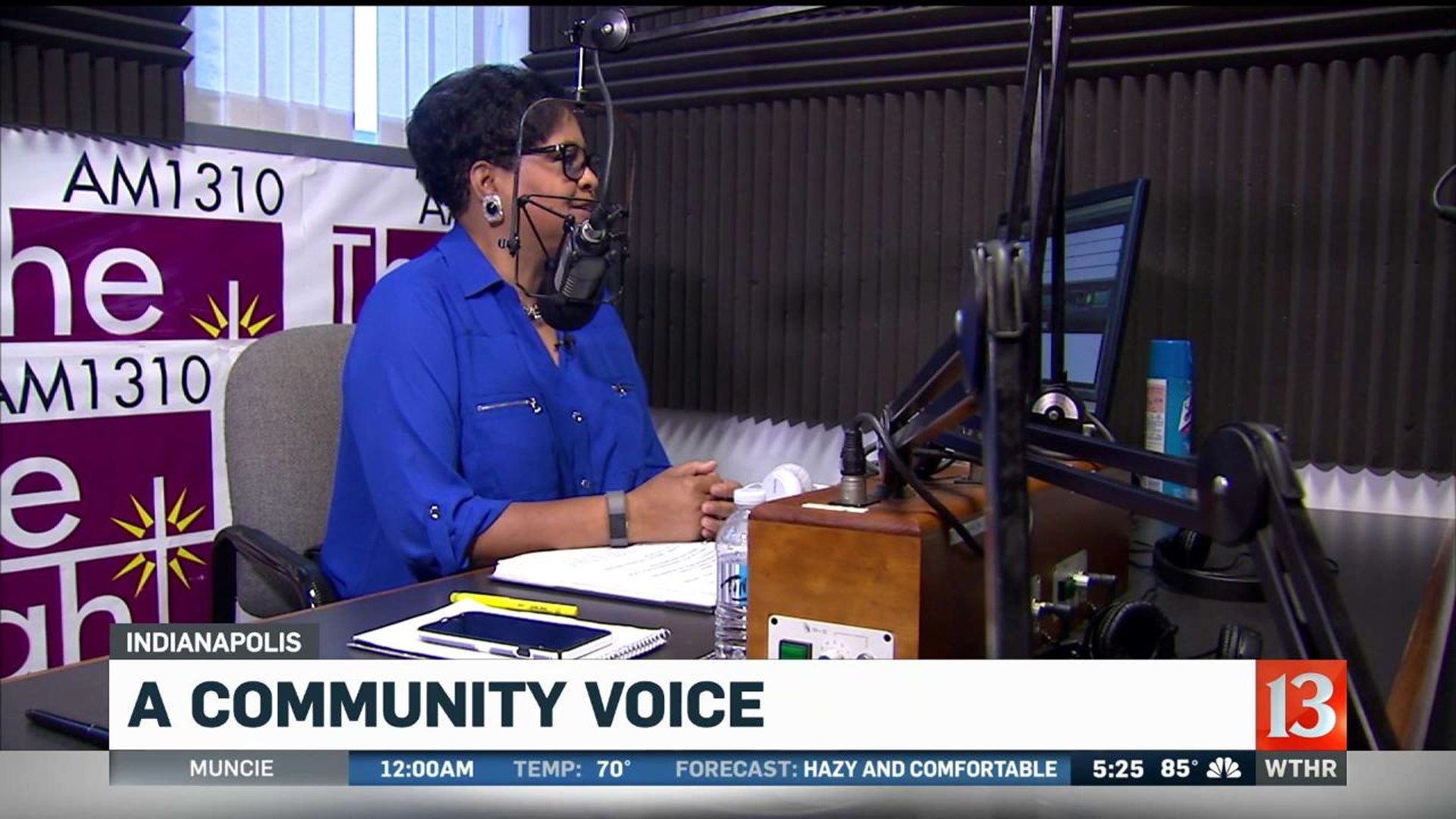 INDIANAPOLIS (WTHR) — For more than 20 years, a local radio program has had a vital presence and impact in our city, serving as the voice for the voiceless. Eyewitness News Anchor Andrea Morehead found out that behind the microphone leading the discussion is someone whose local roots run deep with a strong foundation of community service.

“Good afternoon, and welcome to Community Connection,” says Tina Cosby, who is a familiar face and voice in Indianapolis.

The journalist spent decades in Indy as a television news anchor and community relations director.

Morehead said that Cosby’s career has opened the doors for herself and so many other African-American women and men on television. But Cosby doesn’t see herself as an idol.

"I never think of myself as a trailblazer,” Cosby said. “If there is something within my existence and my being here and my being in this position that does help others and does inspire others, then thank God for that."

She's now the new permanent host of "Community Connection" on 1310 AM THE LIGHT.

"I'm enjoying it. I'm loving it. It's great,” she said. “It's a completely different industry.”

Cosby filled the position after the deaths of former hosts Reverend Michael Jones and the legendary community activist Amos Brown.

"He's an institution. He led just a superlative life, that's Amos,” she said. “So, I'm not Amos, but I hope to facilitate good conversation. I hope I continue to help enlighten and inform, and maybe just doing some good in the community.”

Cosby plans to continue the legacy of discussing issues that are relevant to the black community, including education, politics, and health disparities. I was honored to be one of her guests to talk about my breast cancer journey.

"A lot of black women are diagnosed with triple negative,” Morehead said.

In fact, 40 percent of African-American women in Indianapolis die from breast cancer. Cosby knows that sharing her personal story might encourage someone to make their health a priority, too.

"If you go through you get a discount on your insurance, and that's where my focus was, I'm gonna' get that discount,” she said. “And then they told me your cholesterol is high. Your blood sugar is probably, like, yeah, yeah yeah. Go ahead and get it taken care of."

The format of her show is the same as always, allowing listeners to call in and inviting studio guests to share their stories to benefit the community like Briana Membres, who founded the company She Edits, which helps families write well-edited essays, resumes and applications to find educational scholarships.

"I was awarded $50,000 dollars on academic and merit-based scholarships,” Membres said. “So, I was able to leave college debt-free."

Cosby wants to connect everyone to engage and empower people to live their best life.

“I really appreciate them giving me this opportunity and trusting me with such a vehicle," she said.

Cosby is the also the public affairs director for all Radio One Indianapolis stations. You can listen to The Community Connection, Monday through Friday from 1 p.m. to 3 p.m. at praiseindy.com.