Thousands wake up in the dark Sunday

It's been a busy Sunday for electric crews across central Indiana. 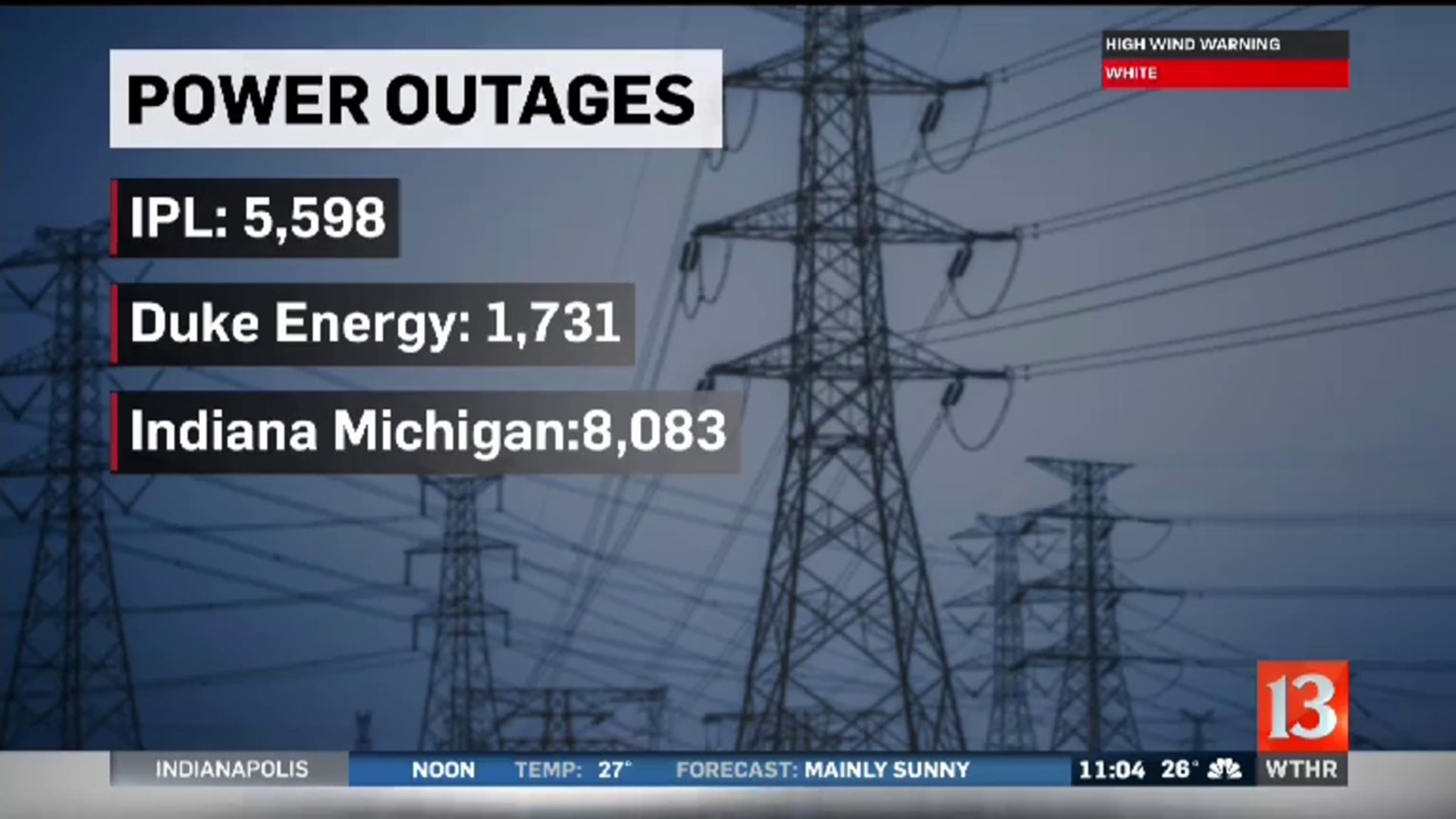 INDIANAPOLIS (WTHR) - It's been a busy Sunday for electric crews across central Indiana. Some people still don't have power after winds gusting upwards of 50 miles per hour knocked down trees and power lines.

Thousands of people woke up in the dark. In one particular spot near 71st Street and Michigan Road on the northwest side of Indianapolis, about 1,600 people didn't have power after wind swept through the area. That includes the apartment complexes where Westlane Road and Township Line Road come together.

Outages hit more than just homes, as we saw several traffic signals also not working. Indianapolis Power and Light crews have been working through the day to try to turn the lights back on.

Here’s a look at one @IPLPower crew getting in place to try to bring the lights back on for folks on NW side of Indy. About 1,600 customers are in the dark in this area near 71st and Michigan, more than 11K without power around Indy. @WTHRcom #WTHRSunrise pic.twitter.com/q3ZCheuTXD

We also saw damage from the strong winds, like a tree that down on Meridian Street just south of 71st Street. Its branches blocked both southbound lanes of traffic.

It’s a bad day for trees with all the wind we’ve got out here. This guy came down on Meridian Street just south of 71st, blocking the southbound lanes of traffic. @WTHRcom #WTHRSunrise pic.twitter.com/WoWB5S1PPE

The north side wasn't the only part of Indianapolis hit hard by these outages. There were also issues downtown.

"I woke up this morning and I could hear the generators because they've kicked on before," said Mackenzie Skalski, who lives downtown. "I was wondering if the power was out."

The power was out at Whole Foods and Starbucks on Market Street. People we talked with say they noticed how windy it was.

Rough start to the day for people who were hoping to go to @WholeFoods or @Starbucks downtown on Market Street in Indy. Both are closed because of power outages. @WTHRcom pic.twitter.com/FyGOJKVAmJ

"Luckily I only had a very short walk today, but when I left Orange Theory, the doors were flying open," said Skalski. "It is really windy and I feel like it's gotten windier since I woke up this morning around 9:30 am."

There were several other scattered outages, but crews are continuing to work through the windy conditions.