Enjoy the great weather this weekend — there's plenty of events going on downtown! 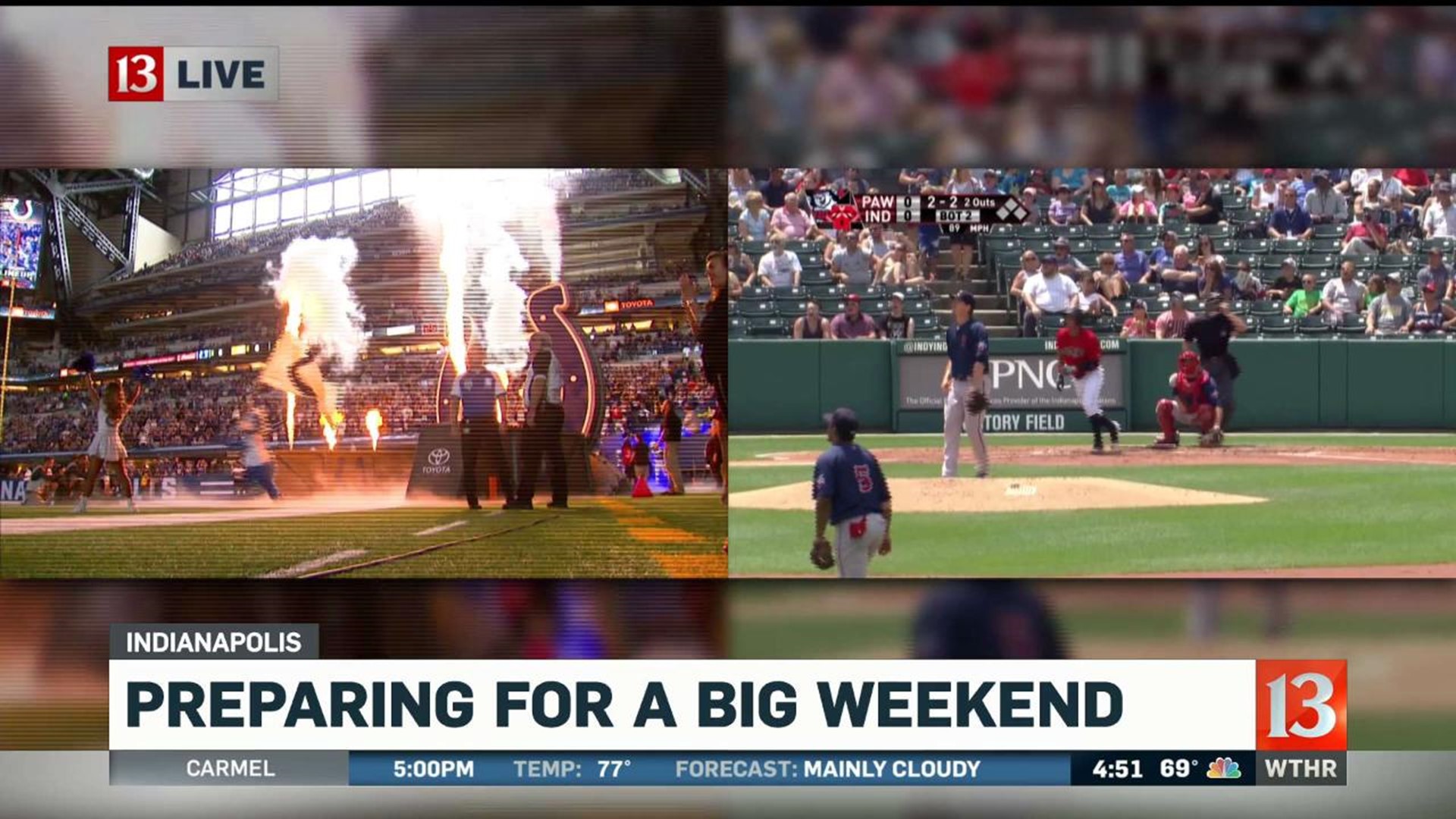 Two of them involve sports: how often can you say you went to a baseball game and a football game all in the same day!?

On Saturday, Indianapolis Colts have a preseason game vs. the Chicago Bears, and the Indianapolis Indians take on the Louisville Bats.

At the same time, thousands of motorcycles will take over Monument Circle — literally. The Motorcycles on Meridian will close all of Monument Circle — all lanes of traffic and the spokes leading into the Circle. Look for those closures to begin around 3:00 p.m. Saturday and last the rest of the day.

The event will also force the closure of Meridian Street between South and Vermont streets; Jackson Place between McCrea and Meridian; Chesapeake Street between Meridian and Pennsylvania; and Georgia Street’s center and east blocks.

The west block of Georgia Street between Illinois and Capital will be closed from 1:00 p.m. – 9:00 p.m. for a Colts Tailgate event.

On Sunday, a large celebration will also be held at 4:00 p.m. for the American Legion Parade taking place downtown along Meridian, Pennsylvania, New York, and St. Clair streets.

The parade is part of a nearly week-long series of events for the American Legion Convention, which runs Friday - Thursday downtown.

Hotel rates are one of the best ways to tell there’s a lot going on downtown. As of 4:00 a.m. Friday, hotel websites indicated Saturday had several sellouts, and along with that, higher rates.

Not far from the city’s core, IndyFringe also continues on Mass Ave with dozens of shows scheduled throughout the weekend.