The road ahead for COVID: 'It will get worse before it gets better'

Indiana is one of 38 states experiencing an increase in COVID-19 cases over the last two weeks. 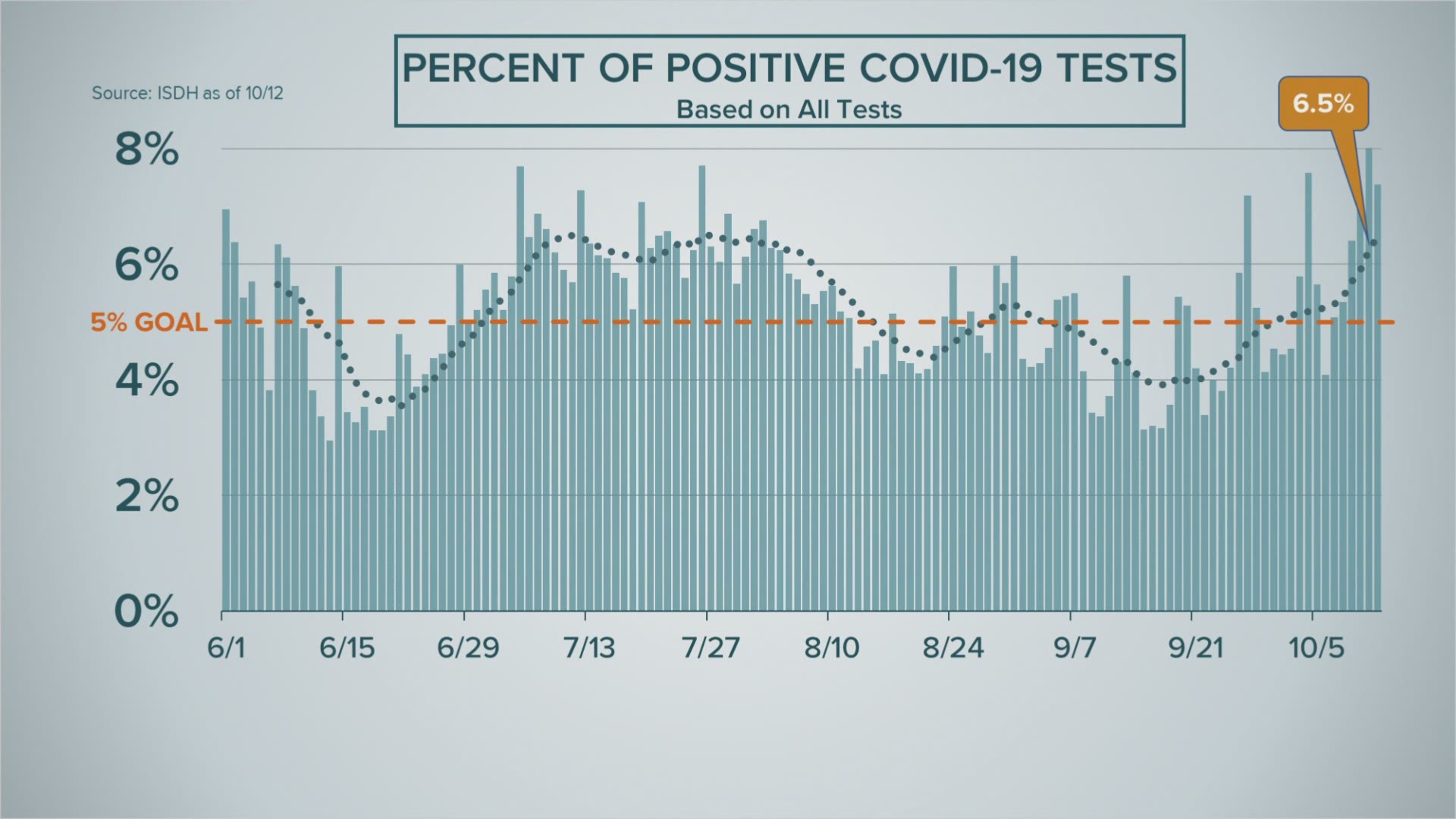 INDIANAPOLIS — Indiana is one of 38 states experiencing an increase in COVID-19 cases over the last two weeks.

But what's even more alarming is the positivity rate. It looks at the percentage of tests that come back positive. Indiana is back up to 6.5 percent. The goal is to be below five percent.

Less than a month ago, the average was 3.9 percent. This kind of fast increase means the number of new cases is far outpacing the number of tests even though the state is doing more testing as well.

"The road ahead not clear, but I think it will get worse before it gets better," Brian Dixon, director of public health and informatics at the Regenstrief Institute, said.

The Regenstrief Institute tracks all sorts of COVID-related data.

"The most telling indicator now is the number of new cases reported," Dixon said. "We're watching not just the new cases but the age of people getting infected."

He said during the summer that included a lot of young adults, who are less likely to require hospitalization.

"What we're seeing now is older populations are once again becoming infected at same rate as younger adults and that has us worried," Dixon said because older adults are a higher risk for hospitalization or death.

He said the higher rate of infection is largely from people relaxing on precautions.

Indiana remains at Stage 5, with few limits on the size of gatherings.

When asked what it would take to revert to Stage 3 or 4, Gov. Eric Holcomb said a key factor is the number of hospital beds available.

"When that becomes threatened, the capacity to care, we'll look at additional measures," he said.

His democratic rival Woody Myers has said he wouldn't wait, that Indiana needs to tighten restrictions before the pandemic gets worse.

Dixon said if the numbers continue to go up, it would be "the right step to get this in control."

He said as of now, not all communities are being hit at the same time, with a lot of new cases occurring outside the metro area, in small rural communities.

"That's worrisome because some of those communities do not have hospitals, so some people getting hospitalized are being transferred to hospitals out of their county," Dixon said.

And he said that becomes a bigger concern for metro hospitals as the number of cases continue to climb in the communities they serve.