Everyone came in search of something. 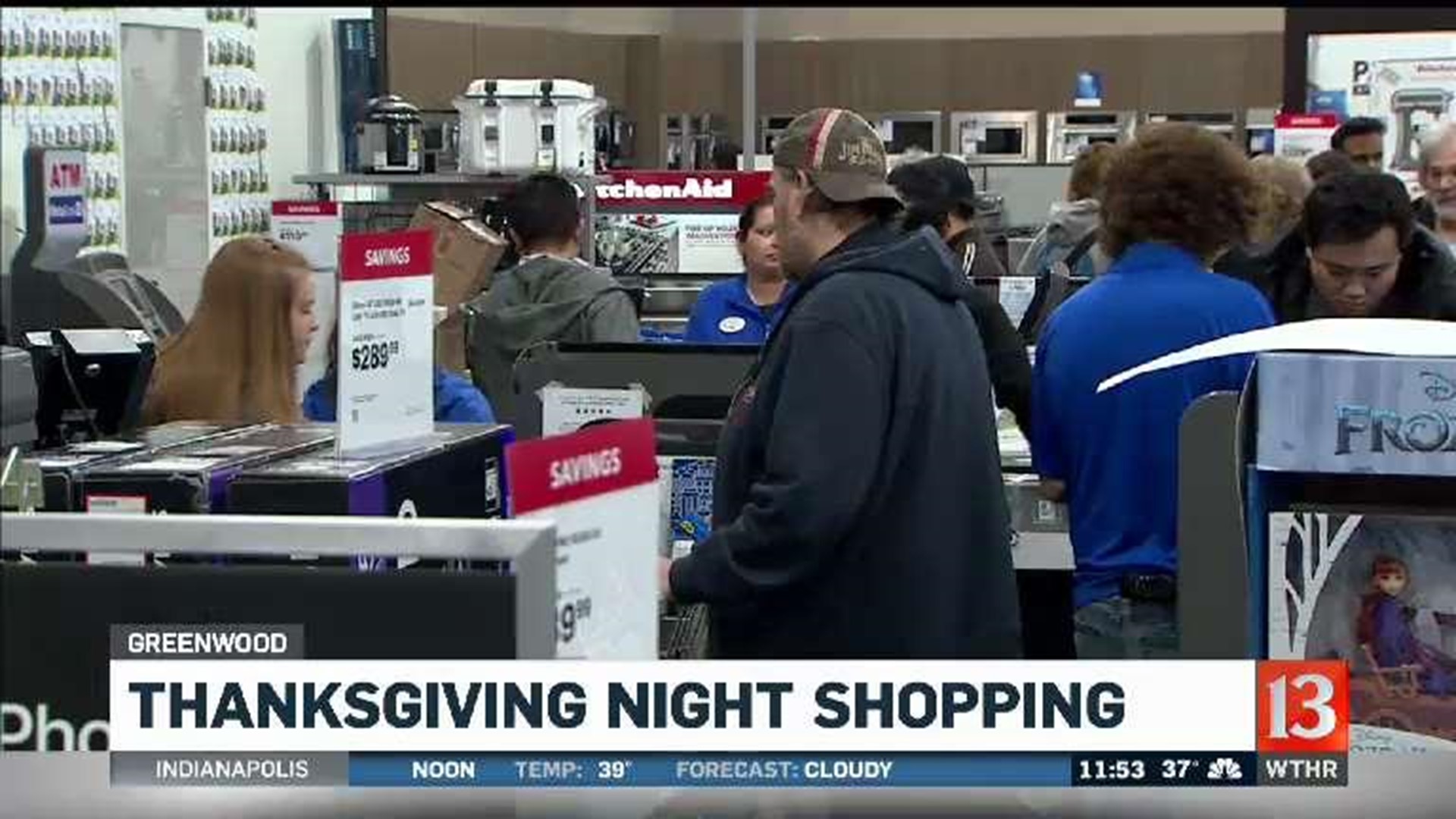 INDIANAPOLIS (WTHR) - Millions of people plan to shop over the Thanksgiving holiday weekend.

Plenty of Hoosiers got started before Thanksgiving leftovers were put away.

'Tis the season for a good deal.

"They have really good deals going on, so it's the best time to come get new stuff," Evan Cullison told us at Greenwood Park Mall.

Fresh off their Thanksgiving Day dinners, many chose shopping over napping.

"We eat dinner at 12 every year," said Sydney McGaha. She said the timing enables a shopping trip with her siblings.

"You save half on most of the stuff you buy. To us, it's worth it," said Justin Lawson, Decatur.

Everyone came in search of something.

"Jewelry, things for the house, clothing, things we can use for winter, summer, for next year," said one woman referring to her shopping list.

Reports say 165 million people are expected to shop at malls and stores between now until Cyber Monday.

Cullison says he'd rather be at the mall than online.

Across the street at Best Buy, it was the same story, as a crowded house was looking for a great deal.

"We are looking for some of the televisions here and there are certain things that can make your home a smart home," said Sachim Gupta.

"We're just going to a lot of stores and looking around and yeah, just having a lot of fun," said his son Ishaan.

With extended shopping hours between now until the New Year, the fun is just getting started.