Thanks to warranty, contractor will repair potholes on Sunset Ave. near Butler

According to DPW, a contractor will repair a street near the Butler campus at no cost to the city. 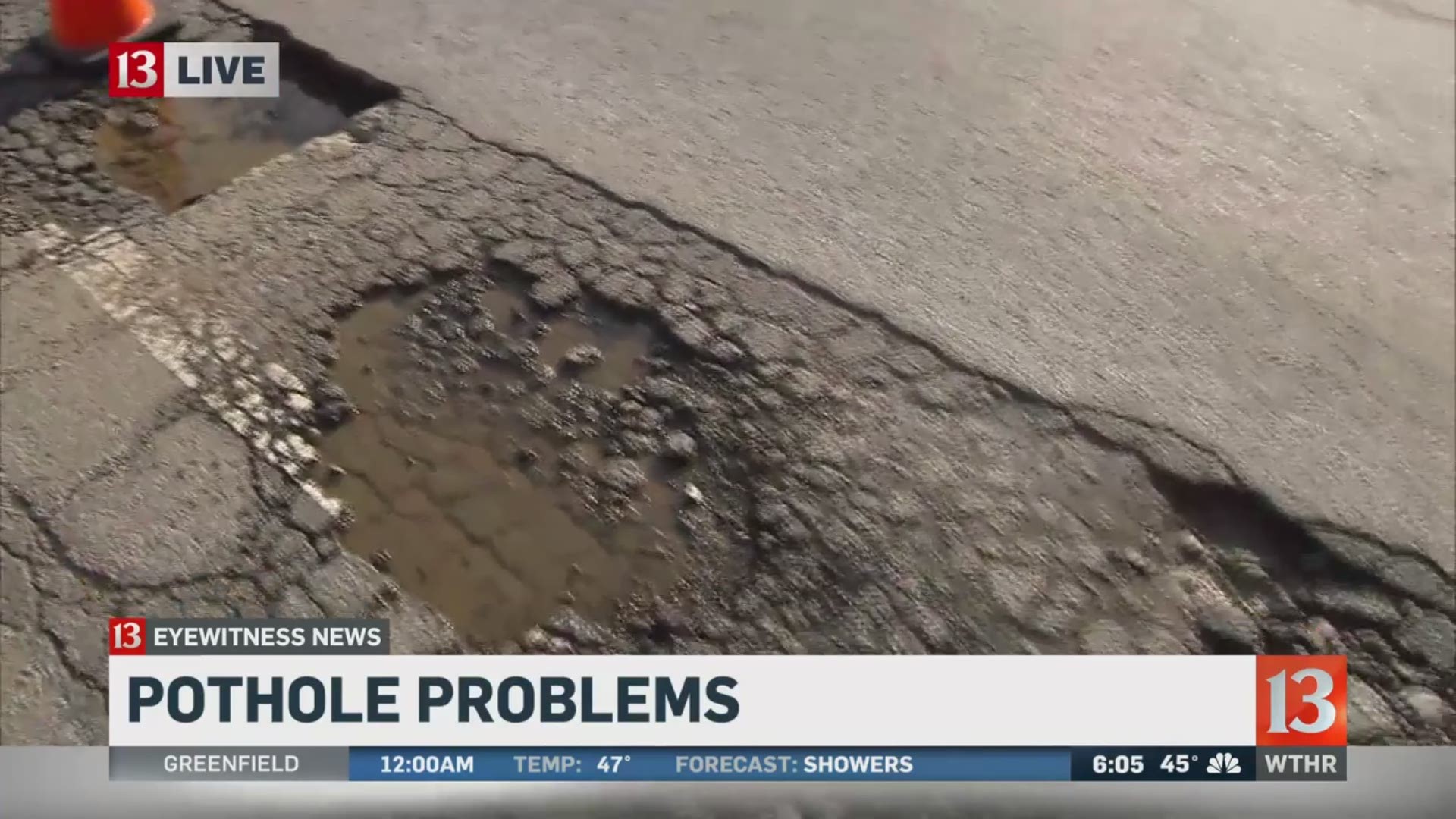 INDIANAPOLIS (WTHR) - The mix of snow and rain the past few days has not been good for the city's pothole problem. Many recently-patched potholes have broken open again.

Just ask John Grice. He’s tired of navigating the obstructions along 52nd St. between Keystone and the Monon and has had two flat tires as a result.

"I've never seen 52nd like this, it's horrible," Grice said. "You know, you could plant flowers out here it's so deep."

In fact, most cars using the two-lane street were using the bike lane and center lane to avoid the tire-eating craters.

"They're just putting temporary patch in it. I've seen them out here a month ago," he said of DPW. "But as soon as it rains, it was gone."

While many of the problem streets have been patched and re-patched over the years, a stretch of Sunset Avenue along the Butler campus was rebuilt in July 2015.

Yet less than three years later, parts of it are now coned off because of some large potholes and crumbling asphalt.

But it's one stretch of road, the city will noy be fixing. That's because the work is still under a three-year warranty. According to a DPW spokesman, Milestone Contractors will repair the areas that need to be fixed at no cost to the city.

That is not the case for 52nd, a street Grice said he will try to avoid.

"This is the one that got cracked," he said pointing to his front wheel rim. “And this is the new tire." It cost him $125.

"It's just horrible," he said.