After blowing up with a video about donuts, Studdard is using his talents to help other Indianapolis businesses. 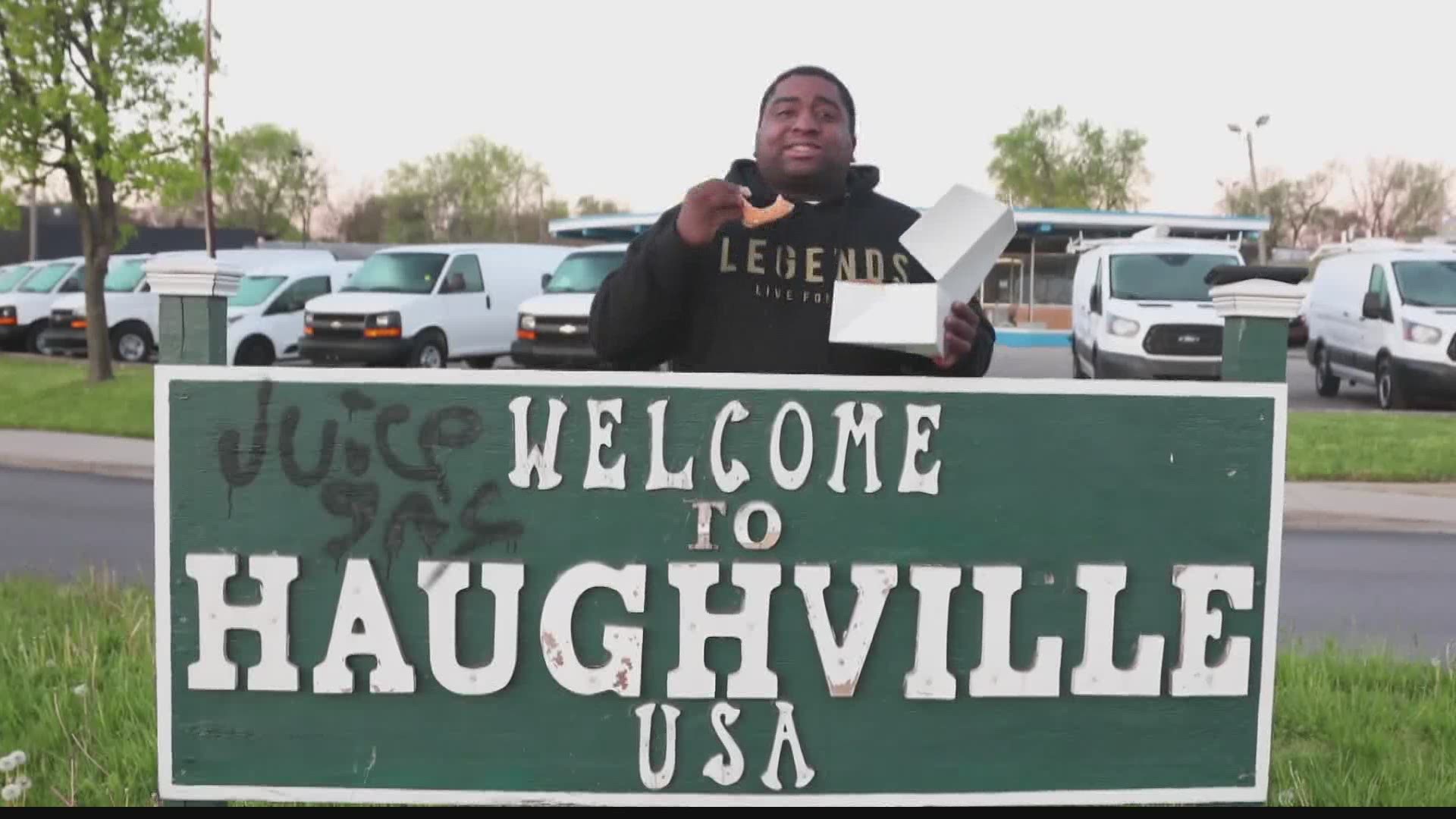 INDIANAPOLIS — Many Hoosiers were ecstatic when Long’s Bakery finally reopened after the pandemic. But no one captured that sentiment better than musician Tevin Studdard.

“I blew up on a donut rap,” said Studdard, smiling.

“It’s just something different. (Music) doesn’t have to be all struggles and sadness. It can be fun. Music is a getaway. There can be some humor to it there can be some fun to it,” he added.

Studdard said he grew up in a musical family that was involved in church choir.

“My uncle used to drive from 30th and Sherman to 30th and Fall Creek and would be, like, 'Rap about everything you see and that was every weekend,'” said Studdard.

He said this helped him cultivate his skill and talent and that music was also there for him during one of the most difficult times in his life.

“I had a cousin that was killed outside my grandma’s house when I was in school. It was kinda just a defining moment for me,” said Studdard. “That was a time I was really depressed like I ended up at that time dropping out of school and (music) was where I could find hope. It was an outlet of expression for me. And I was, like, 'OK, use this music for not only for a purpose bigger than yourself but to help other people.'"

So he went after his dreams with veracity.

“It’s like the worst they could tell me is ‘no.’ If you got the dream inside of you, work your behind off for it,” said Studdard describing his go-getter mentality.

“Senior year of high school, I sent the songs to Tamika Catchings and she said she really liked 'em,” said Studdard.

So he told her that if she liked his music that much, he could write one for Indiana Fever.

But there was a catch.

“But you gotta give me your word, if the song is good enough I get to perform it at Conseco - now Bankers Life - and she gave me her word, so I jumped in the studio like Superman,” said Studdard.

Studdard said he’ll never forget the moment he performed in the arena and how it further ignited his drive to pursue his dreams.

“Everybody does like raps, they go to the studio for hours, but they’re not getting paid. But I wanted to get paid every time I got to the studio, so songs for schools and sports teams as a way to ensure I get paid,” said Studdard.

His talent for writings these songs has taken him across the country.

He plans to make it to every state and was on that journey when the pandemic hit, putting sports on hold. So Studdard turned his attention to businesses and, as an Indy native, he wanted to help amplify his city.

“It’s a pride with being from here and that’s what I really like is the music is themed around that,” said Studdard.

“When you do 30,000 views in a couple days, now they’re getting flooded with business and that’s what we wanna do for the whole culture of Indy from barber and beauty shops. Let’s show our selves off and let the dollars follow it,” said Studdard.

To Studdard, being from Indianapolis “is everything.”

“Everywhere I go, they need to know I’m from Naptown,” he added.

Studdard said he’s excited to be working on a song with his cousin, American Idol winner Ruben Studdard, called “Family First.” He said the song has a “summer BBQ” feel to it and that his cousin is one of his musical heroes.