Some parents say they want all members of the North West Hendricks School Corporation to step down over a decision not to fire a football coach who has been accused of molesting a student. 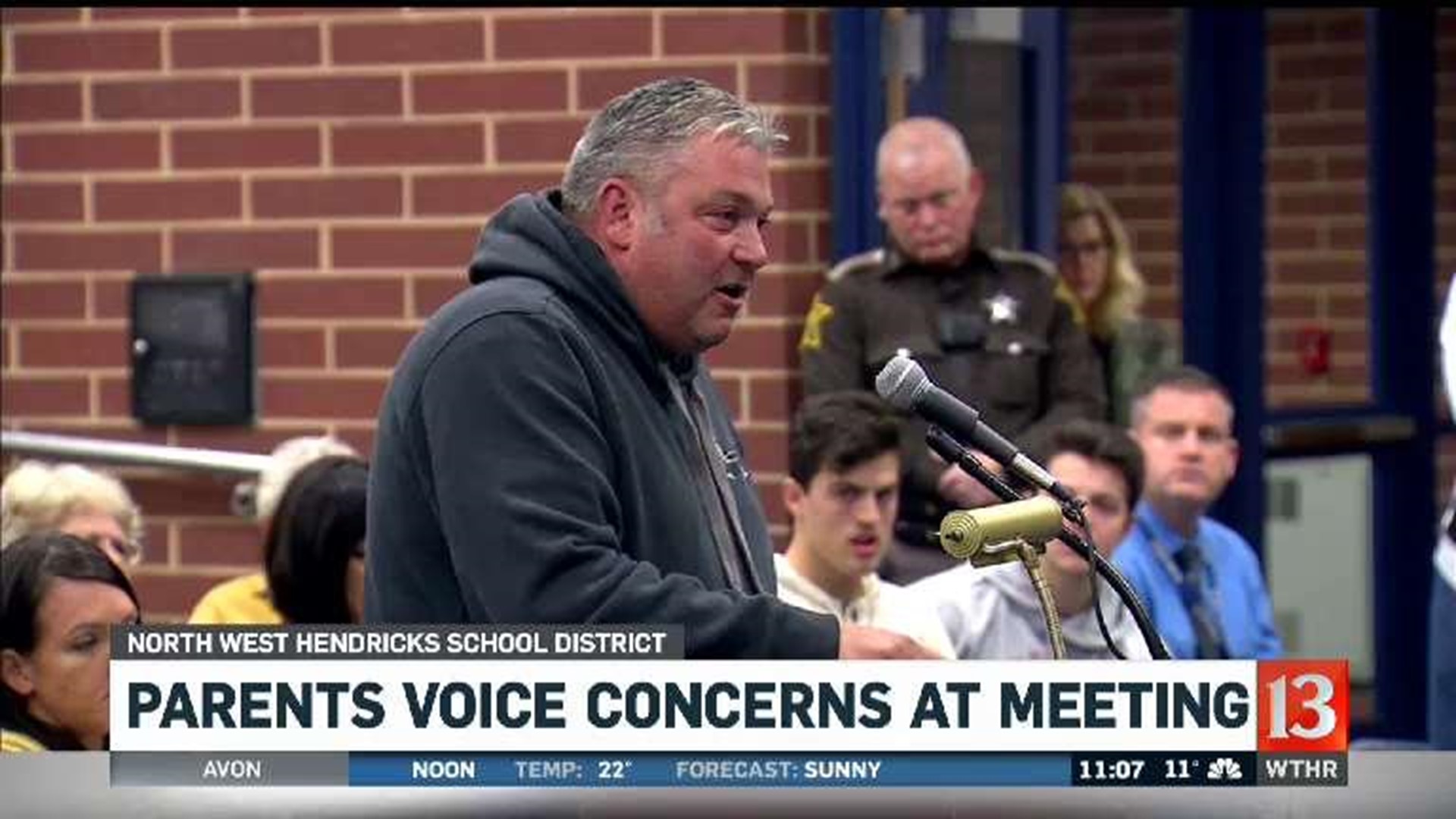 HENDRICKS COUNTY, Ind. (WTHR) - Tensions were high Tuesday night at the North West Hendricks school board meeting.
​
Some parents say they want all members of the North West Hendricks School Corporation to step down.​
​
This comes after the board decided not to fire Tri-West varsity football coach Tyler Bruce after a female student claimed he molested and abused her. ​
​
The victim's father addressed the board. ​
​
"It's a pretty emotional thing for my family right now," said Mark Lewis. ​
​
Lewis said his emotions were focused on a select few. ​

​"It's about the one or two that cause cancer in this community that you guys aren't taking care of that's making the entire community look bad," said Lewis.​
​
Bruce has denied claims and has not been charged. He is on paid administrative leave and under criminal investigation. ​
​
The Indiana Department of Education has filed a formal complaint against Bruce's teaching license back on September 5. A formal date for a hearing has not yet been set. ​
​
While some stand behind the coach others claim some teachers knew about the allegations and did nothing.​
​
"How dare you stand by and not do anything. No one spoke up. There were students that called the hotline and still no one did anything," said one woman. ​
​
One teacher fired back.​
​
"We don't deserve the abuse we are getting. Perhaps some poor choices were made, but that does not represent us as a whole," said teacher Tim Kern.​

​
The new interim superintendent tried to calm frustrations.​
​
"As we move forward we're going to try to do everything we can to be transparent and try to heal as a community," said Dr. Scott Syverson.​
​
Many who came out say they just want the investigation handled correctly so that this school district can finally move forward.​