Teenagers helped raise tens of thousands of dollars from the community to make a new skate park a reality in Brown County. 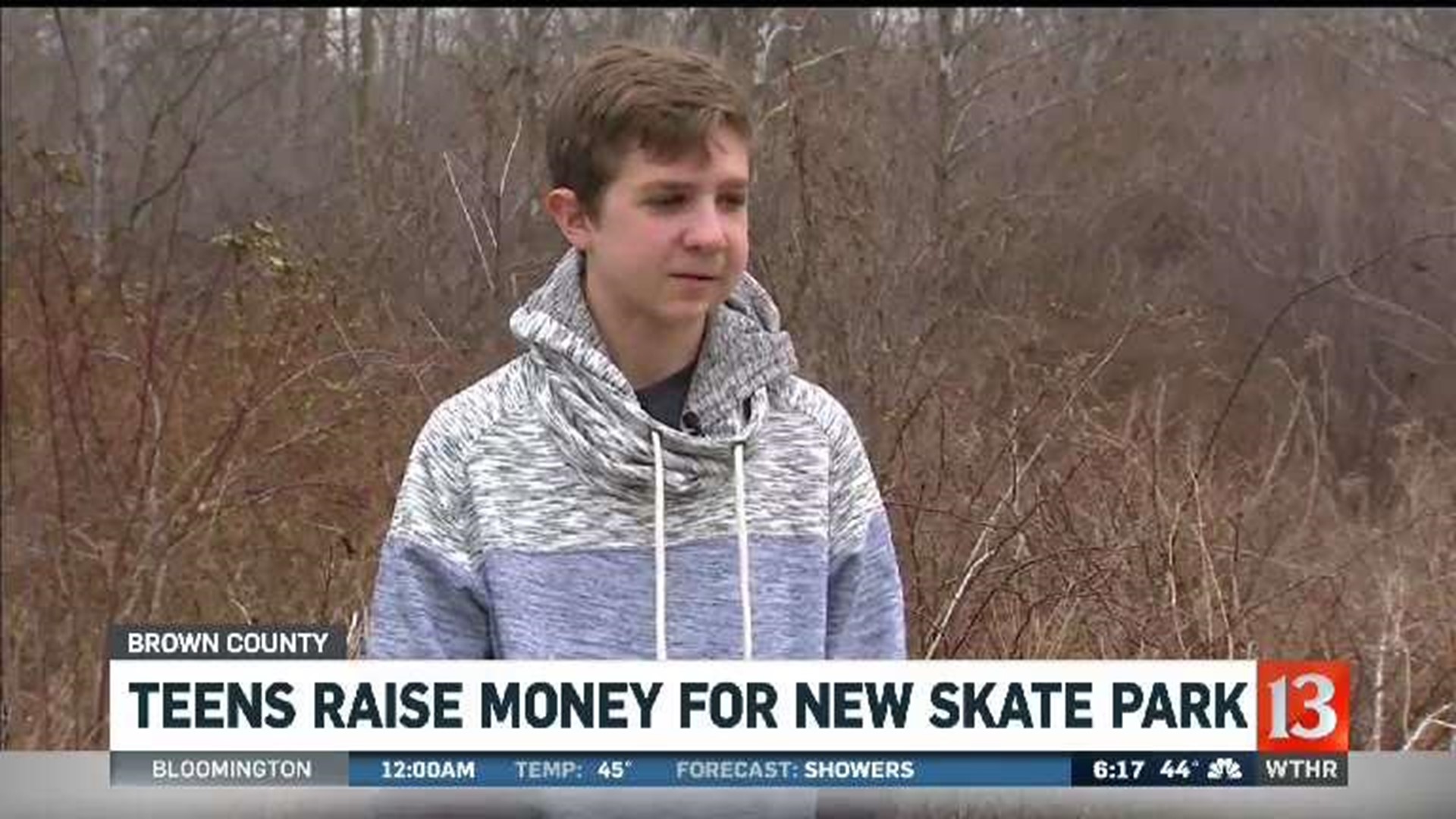 NASHVILLE, Ind. (WTHR) - It's a first for Brown County - a new skate park for teens is about to be constructed in Deer Run Park.

Teenagers helped raise tens of thousands of dollars from the community to make it happen.

In an area known for nature, a unique oasis for teens soon will be among the trees just outside of Nashville. It combines the scenery of Brown County with the speed of skateboarding.

"Yeah, this will be the first skate park that Brown County has," said Brown County Parks & Recreation Director Mark Shields.

"We're trying to make it kind of woodsy," said Colleen Smith, the parent leader for this project. "It's like a path through the woods is what their design concept was."

It's going into a 5,500-square-foot space they'll start clearing this week. Plans show not only jumps and ramp for skateboarders, but also tire swings, hammock swings, a GaGa pit to play a form of dodgeball, and skateable art to match the landscape.

"That's a new concept in skateboard parks, skateable art," Smith explained. "So one leaf might curl up and be a ramp that they can ramp off of. Another stem of a leaf might come out of the concrete and we can etch some shapes of leaves and then stain them so we'll just have colorful concrete."

Another unique part of the skate park is that some of the elements are being designed by the teens themselves. A few of the students are Eagle Scouts and pieces of the park are their Eagle Scout projects.

Teens have been asking for a skate park for years in this area.

But town restrictions, then a location and especially finding the money were obstacles. The group "Kids on Wheels" changed all that, raising more than $50,000 to make it happen.

A "pay it forward" donation is what got it all rolling.

Last August, Eyewitness News shared the story of Nashville waitress and single mom, Anna Hofstetter, who got an unexpected tip from a customer: $1,000 and a note about how to use it.

"XOXO with a heart and then at the bottom it said, 'Give something to the kids'," she explained.

Instead of using the money for her own children, she gifted that thousand dollars to the kids' skate park fund.

"I hope that they would feel honored with...with how I used it," Hofstetter said.

"I thought that was really a pretty selfless act," Shields said. "It got a lot of other people engaged and interested as well."

"It really helped to bring a lot of attention to the campaign," Smith added, "and made everybody realize if she can do it so can we."

And they did - a park made possible by the power of community.

Construction begins April 15. It's expected to take 6-8 weeks and be finished just in time for summer.