The Hess family's inflatable Santa has been a holiday favorite in the community for nearly a decade. 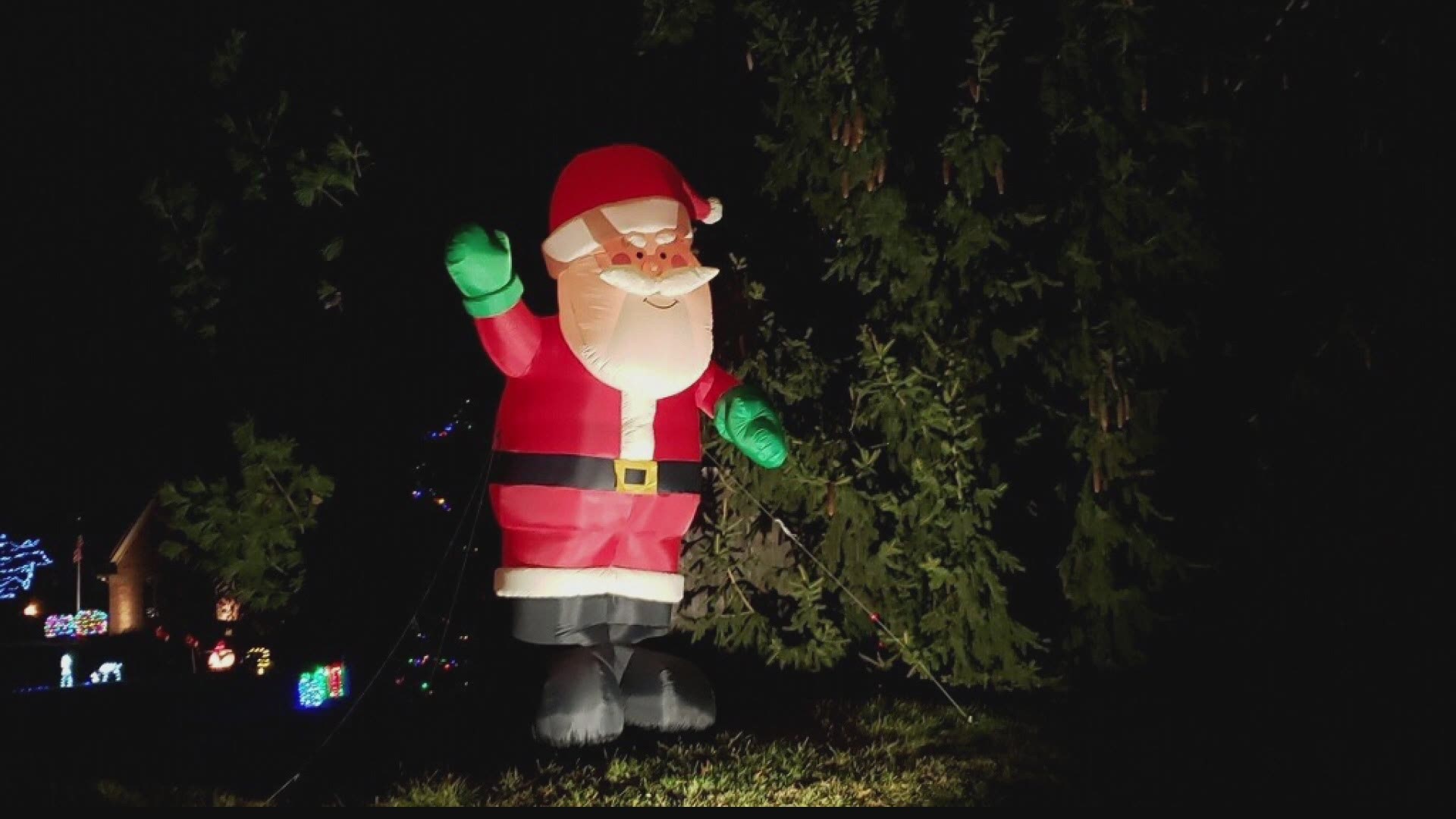 MCCORDSVILLE, Ind. — Some youthful Grinches had a change of heart after the holidays.

We told you about a missing larger-than-life Santa display a couple of months ago. For about nine years, Mark Hess placed the 13-foot inflatable on a hill near his McCordsville home for passersby to enjoy.

The tradition ended abruptly late last year when someone cut the Santa from his base.

But there's a positive update.

Hess told 13News he got a visit over the weekend from three teenagers. They said they wanted to take responsibility for stealing the Santa and asked for forgiveness. The teens also brought reimbursement: $300 they said they saved to replace it.

Since the Hess family was able to find a new Santa for $160, they settled on that amount. The teens apologized, again, and left.

So when you see the Hess family Santa on that hill later this year, he'll bring holiday cheer — and stand as a symbol of second chances.