A Fishers teenager is determined to get behind the wheel of his own car. 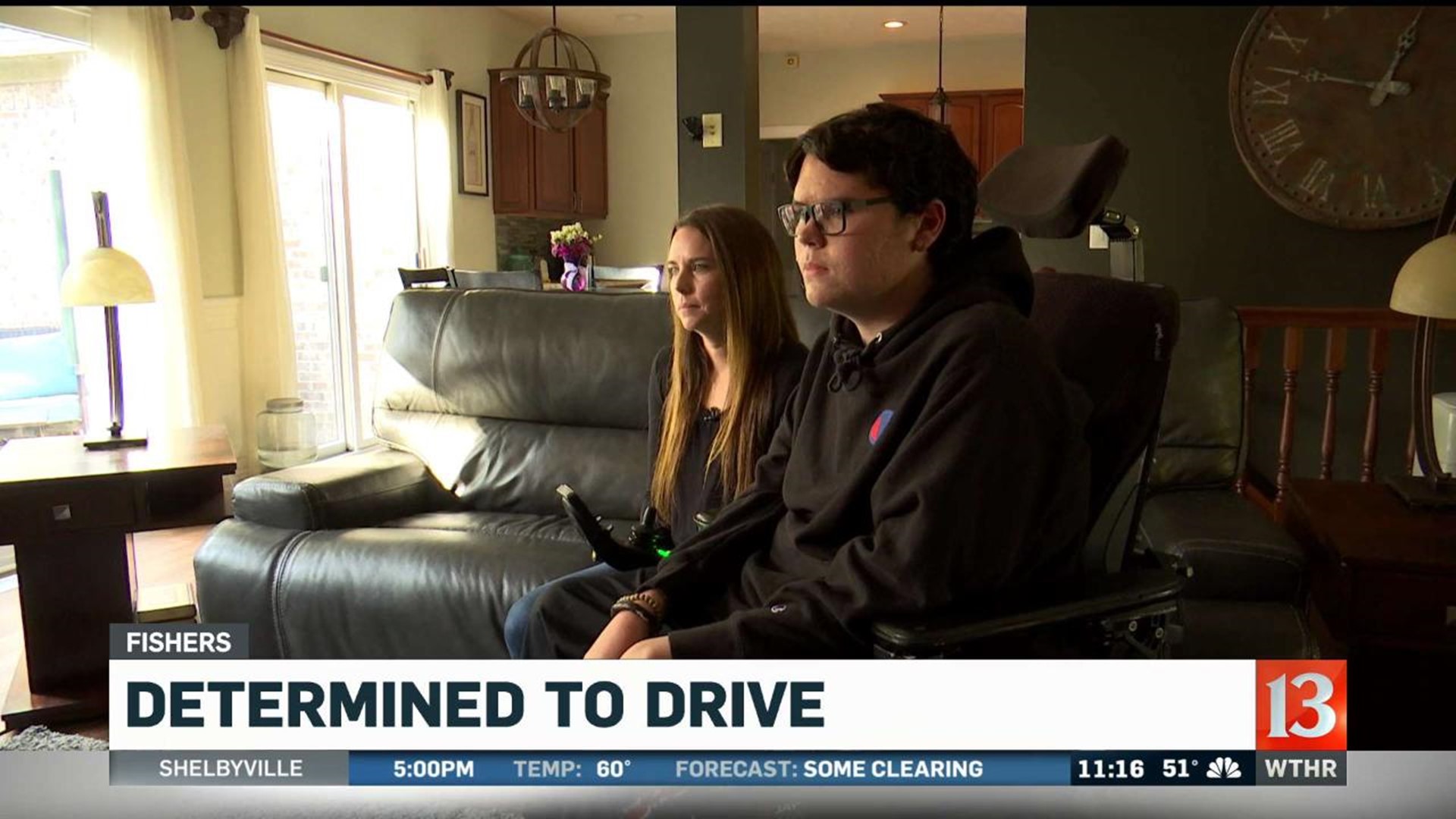 FISHERS, Ind. (WTHR) - Dakota Caldwell is a typical teenager, a high school junior who is obsessed with sneakers. He also uses a wheelchair.

But just like every other 17-year-old, his mind is also set on the road.

You can say he is driven. As a child, he was diagnosed with a form of muscular dystrophy that slowly progressed.

“The disease is spinal muscular atrophy. I was born with Type 2 and I was able to walk like a normal kid and it just got worse and worse until I could just stand I couldn’t even do that,” said Caldwell.

However, Caldwell is determined to be independent and has found a car that would allow him to drive. The problem; It will cost him nearly $40,000.

“They take out the front seat and they switch the doors so that I can get into it and pull into the driver’s seat and then they change the controls so it’s all hand controls,” said Caldwell.

A $15,000 grant will cover some of the expenses. But the 17-year-old has launched a GoFundMe account to help cover the rest of the expense.

“Dakota is one of the strongest kids that I know. And we will do whatever we have to do to make it possible,” said his mother Alicia Taylor.