An Indianapolis church day care teacher is recovering after surgery following a hit-and-run on the east side. 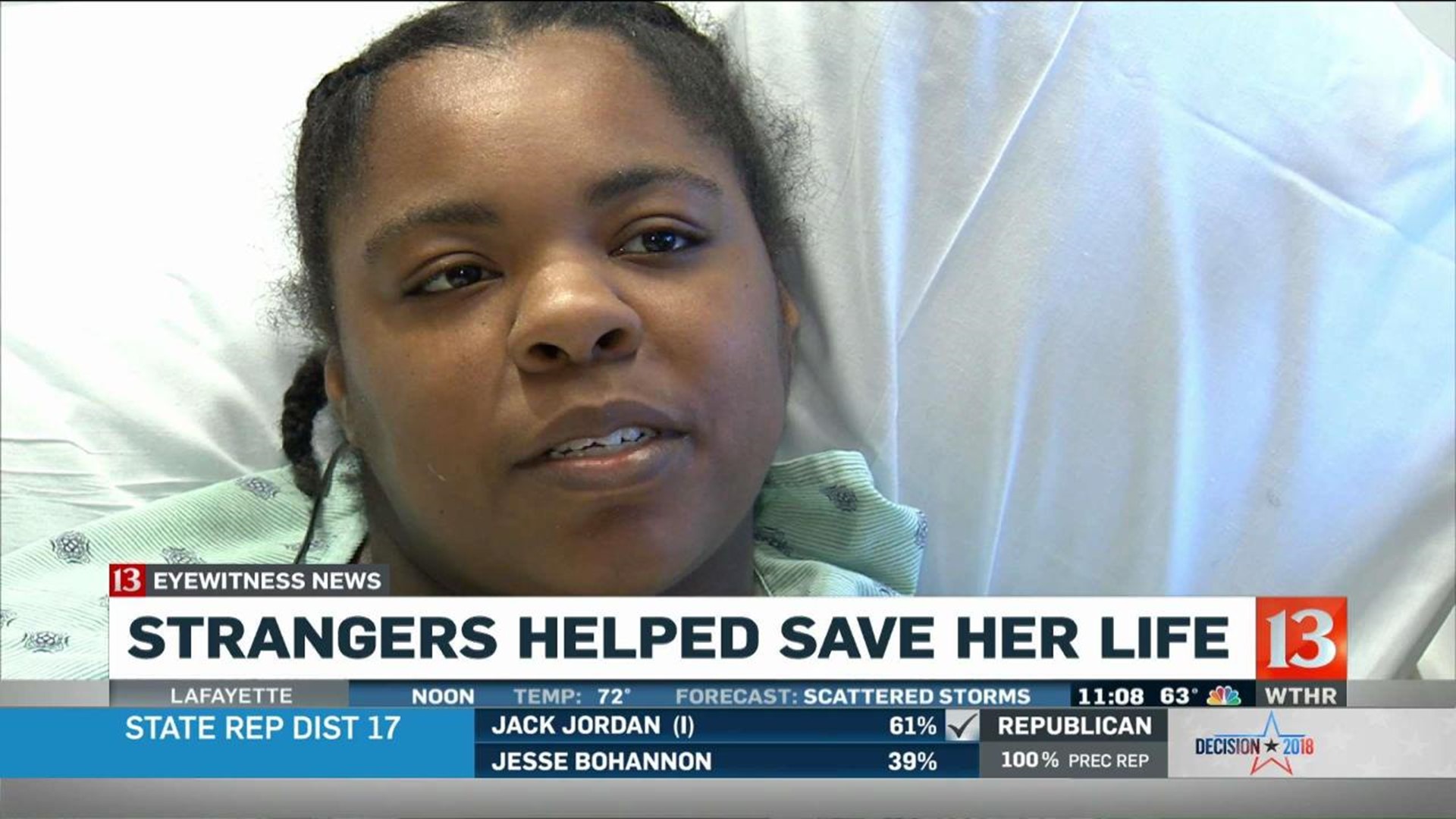 INDIANAPOLIS (WTHR) — An Indianapolis church day care teacher is recovering after surgery following a hit-and-run on the east side.

From her bed at Eskenazi Hospital, Jessica Parks told Eyewitness News Tuesday, "I'm doing a lot better than what I was yesterday."

The 27-year-old had surgery for a badly broken left leg.

"The bone was broken. It was actually broken through the skin and I had a cut here. Lost a lot of blood," she said.

Parks was getting ready to cross 38th Street east of Mitthoeffer Road, headed to her school on the north side of 38th. She said she looked all ways for traffic, then stepped off the curb. She never saw the car that hit her.

Then Parks remembers hands and voices trying to get her to lie still.

She didn't know her friend, a school bus driver, used his bus to cut off the hit-and-run driver's escape. Another bystander helped. But she remembers the lifesaving kindness of strangers - off the clock, but on the ball.

"There was actually a nurse on her way to work and she stopped to check on me. Then a medic, she was getting off work. And she seen the whole thing happen and she stopped. So I was pretty blessed," Parks said.

She says those skilled lifesavers stabilized her until first responders arrived and her injuries kept them busy. There was a lot of bleeding from that compound leg fracture.

Now, Parks has a lot of healing ahead and rehab, too, but her survival, she said, "It was nothing but God's grace. Like I say, his angels were there at the right moment, the right place."

She thinks of the driver who struck her. Juana Loa has been charged with hit-and-run and driving without a license.

"I forgive her. I just want her to know that. I forgive her. If you're scared, fear can make you do some things that are unnecessary. I do forgive the woman. I pray for her and wish her the best," Parks said.

Jessica's aunt has set up a GoFundMe page to help her with her medical expenses.