Tiles with images of swastikas have been removed from the walls inside an IU building. 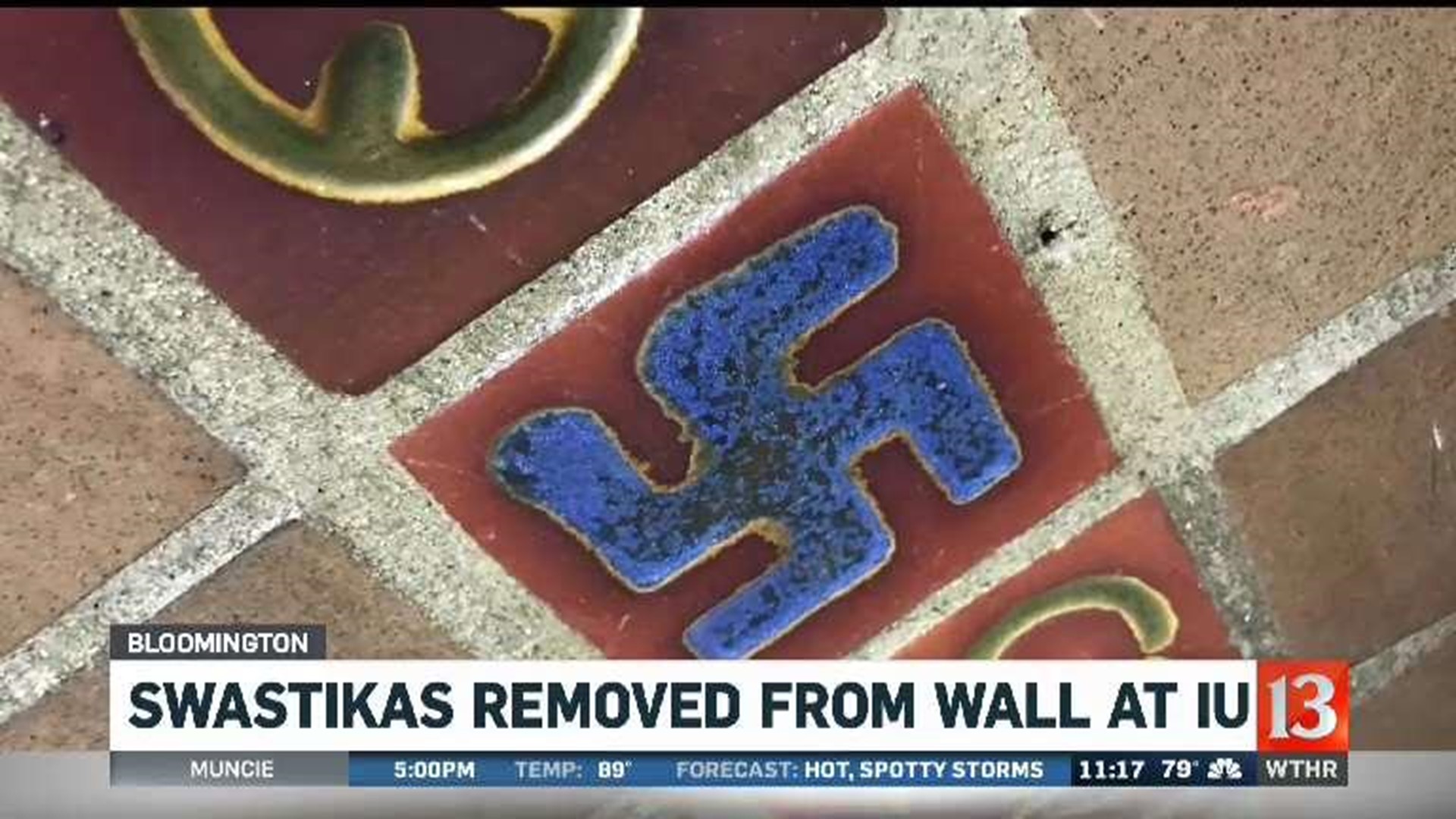 BLOOMINGTON, Ind. (WTHR) — For 102 years, wall tiles that included swastikas greeted students and staff at a building on the Indiana University campus in Bloomington.

But the school is now in the process of removing them - a decision made, they say after issues were raised about the symbols every year.

Walk into IU's School of Public Health on campus and the images can be jarring.

"The visual, it's shocking for sure," said School of Public Health faculty member Bill Ramos.

It's a symbol most people associate with hate. The swastika tiles, part of a larger display of tiles representing various cultures, were installed more than a century ago here, in 1917.

But now, they're coming down. Blue painters tape shows where some are already gone.

The rest will be taken down, sanded and replaced, soon.

Indiana University is removing swastika tiles from the walls of a campus building. They were installed in 1917 and IU has a plaque explaining the symbol’s history. Now, they’re being taken down. Statement from IU spokesperson in photos. @WTHRcom pic.twitter.com/EWTIjKYI21

"It could be very offensive to people affected by the Holocaust so I see why they'd take it down," said incoming IU freshman Samantha Perez.

An explanation of the meaning of the swastika design, before it was adopted by the Nazis, has been posted on the wall near the tiles for years.

But the University has also had complaints for years.

"When installed in 1917, the designs on the tiles had been in use for thousands of years as signs of good health and in association with a number of Eastern religions. All that changed with World War II, and while an explanation of the symbol’s history has been posted near the tiles for many years, a symbol so fraught with such a troubling message overpowers the history. Since that history can be taught in ways that do not require exposing students and visitors to the troubling symbol, it will be removed from the tiles."

But why now? It's been 74 years since the end of World War II, yet the university didn't choose to remove these tiles until 2019.

IU says the decision was made because of issues brought up each year.

"I also think we're in a heightened state of awareness with culture competency and sensitivity toward cultural issues," Ramos said.

Still, some say the tiles' removal may not be best the answer to achieving that.

"There's a famous phrase - those who forget history tend to repeat it," Ramos said. "I think these could be opportunities to revisit and have a conversation."

"History happens even though it's bad so we shouldn't erase the bad stuff just because it represents something evil," Perez added, "but I understand why they did it because it's in the center of the school and everyone's seeing it. So that's negativity."

The tiles will be replaced by the fall semester.