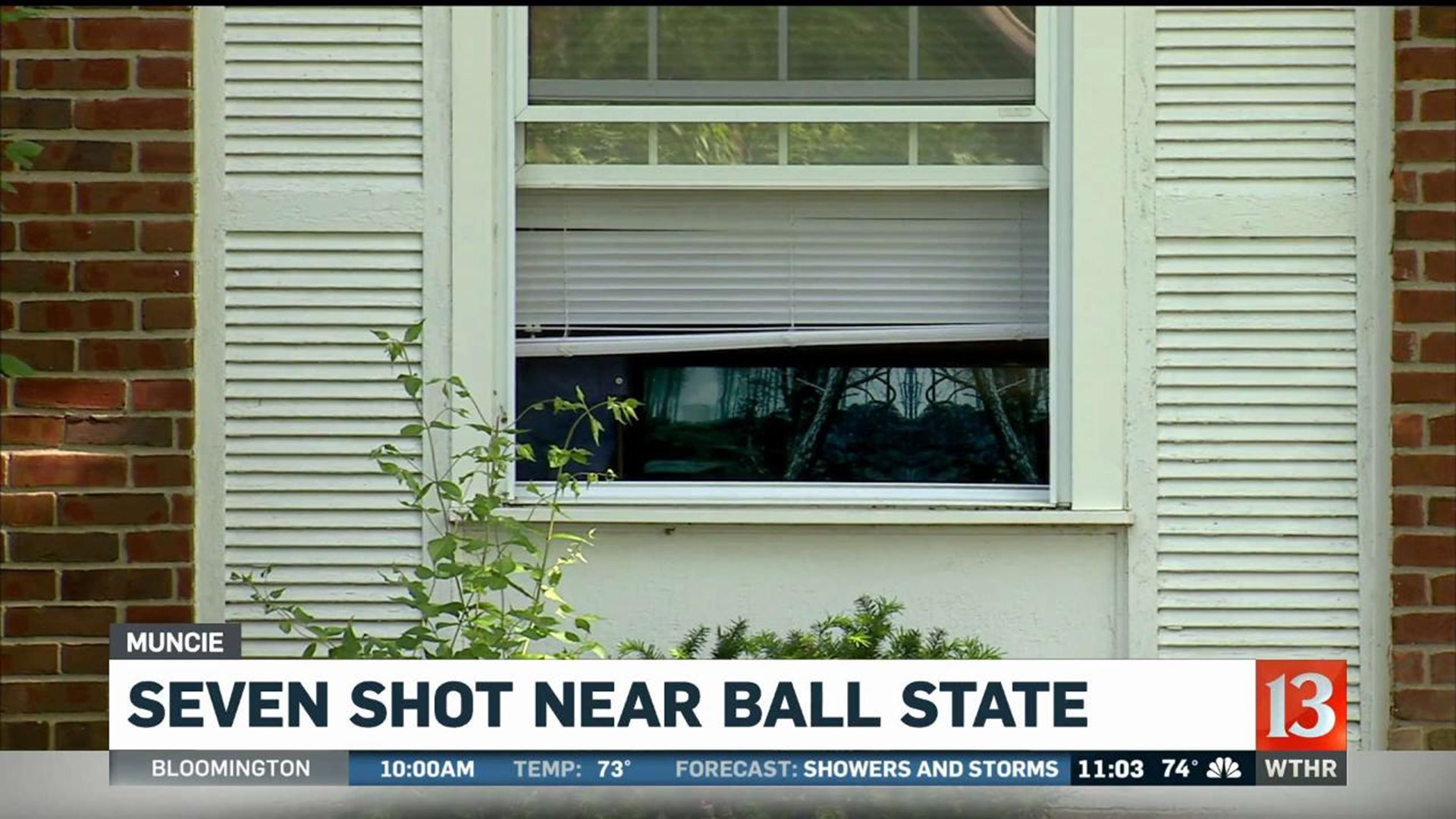 A house party in the 2400 block of West Euclid Avenue drew a larger crowd than expected, according to Muncie Police Chief Joe Winkle, including a mix of Ball State students and locals.

An argument broke out that grew until someone pulled a gun and started shooting. Investigators aren't sure yet how many shots were fired, but say shots were definitely fired inside the house. They're still working to confirm if any were fired outside the house as well.

Three victims were taken to the hospital with life-threatening injuries, including one who had to be air-lifted to Indianapolis. The other four victims are expected to be okay.

About eight hours after a shooting near Ball State campus and Muncie police are still here. Investigators say fight started at party that led to 7 people getting shot. Detectives have been going in and out of door next to garage as they work on case. @WTHRcom #WTHRSunrise pic.twitter.com/PfZ6yDQ6YU

Harnett’s parents say the incident was a result of an ongoing dispute. And believe their son was not the only person with a gun.

Police confirmed there was another gun was recovered from a victim at the hospital and there were shell casings from a third weapon at the scene.

Chief Winkle told Eyewitness News after the arrest that Harnett is the only one they can say at this point was definitely involved, but his officers are "still working the case" so more arrests may follow.

Ball State University said in a statement Saturday afternoon that Harnett is not one of their students, but one of the seven shooting victims is. That victim has been treated and released from Ball Memorial Hospital.

“Keeping all members of our campus community safe is a top priority,” Ball State President Geoffrey Mearns said in a statement. “This is a very unfortunate event. We wish all the victims a full and prompt recovery.”

When the shooting first happened, campus officials temporarily alerted students to "stay clear of the area until further notice." That alert was cleared 40 minutes later saying there was no ongoing threat to the campus.

Ball State is making counselors and other personnel available to assist the campus community in dealing with the event.