When Alan Belmont was named Prom King at North Central High School this weekend, he knew he was likely making school history. 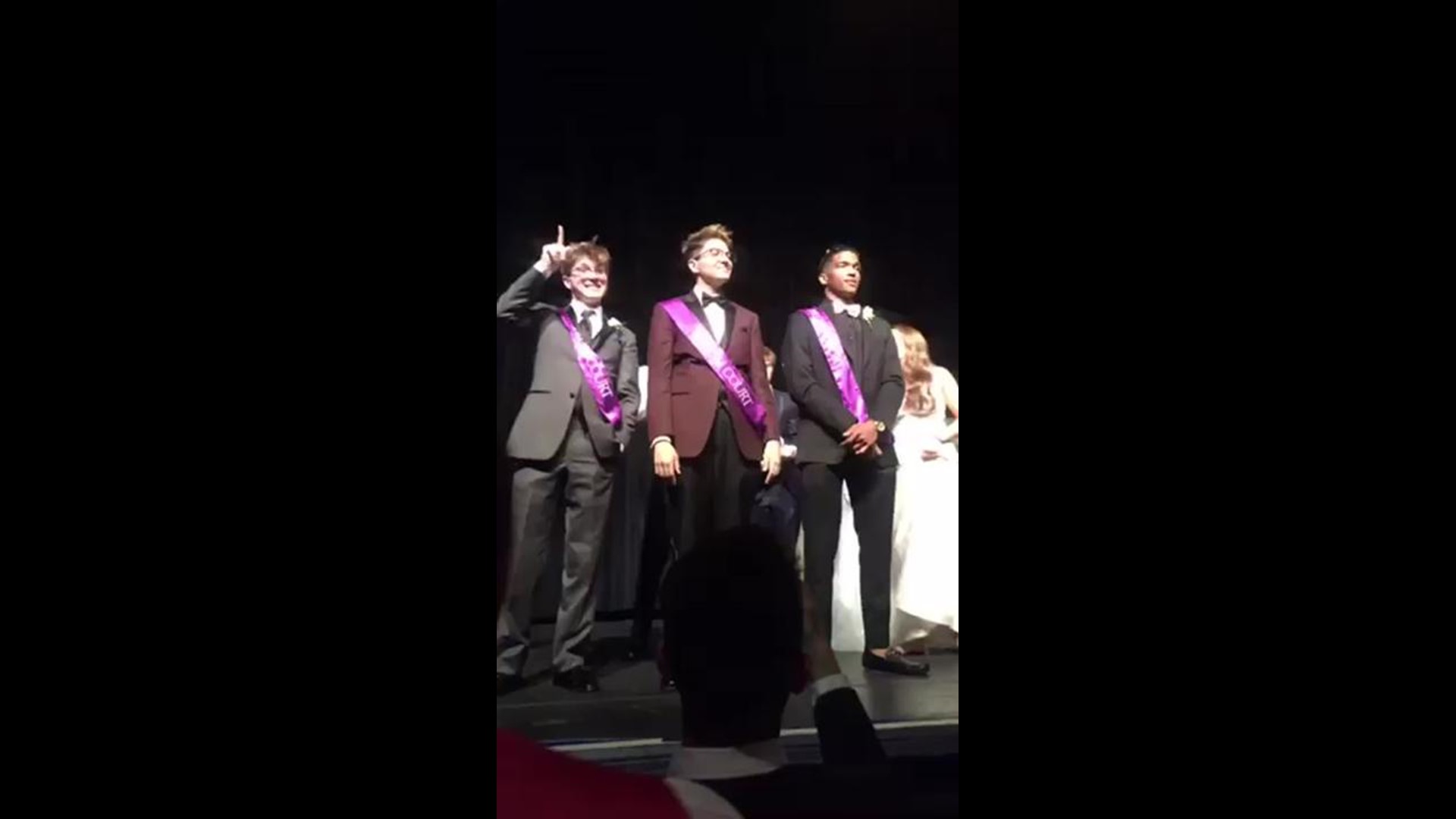 "They announced my name, and the crowd cheered so loud and it warmed my heart so much. The whole night was full of people cheering me on so seeing that they voted for something so big was incredible," Belmont said, celebrating with his date and girlfriend, Anastacia Cohen.

The high school junior came out as transgender his sophomore year of high school.

"This year, I've had a surge of confidence and have been the most proud I've ever been," Belmont said.

Belmont is not on hormones and has not had any medical procedures to further his transition. He says he decided to run for Prom King because he had never seen anything like it at his school.

Belmont admits he has faced some bullying.

In one case, he hung up a flyer with his picture saying "Al Belmont for Prom King." Another student took it down, crossed out "king" and wrote "queen" before hanging it back on the wall. Belmont says his friends then took it down.

"I brush it off, because I know my cause is greater than their ignorance, and I don't want that to be the focus of my identity," he said.

In addition to his new title of "Prom King," Belmont is also a member of Counterpoints, the high school's competitive show choir.

"I love choir more than anything and my director is so accommodating and has let me dance and sing with the guys ever since I came out," he said.

Belmont shared this piece of advice for other students facing bullying:

"I want kids to know that confidence is the key to surviving bullying. If you love yourself, negative words mean nothing if you know they aren't true. Believe your own happiness and love over others' negativity and hate," Belmont said.