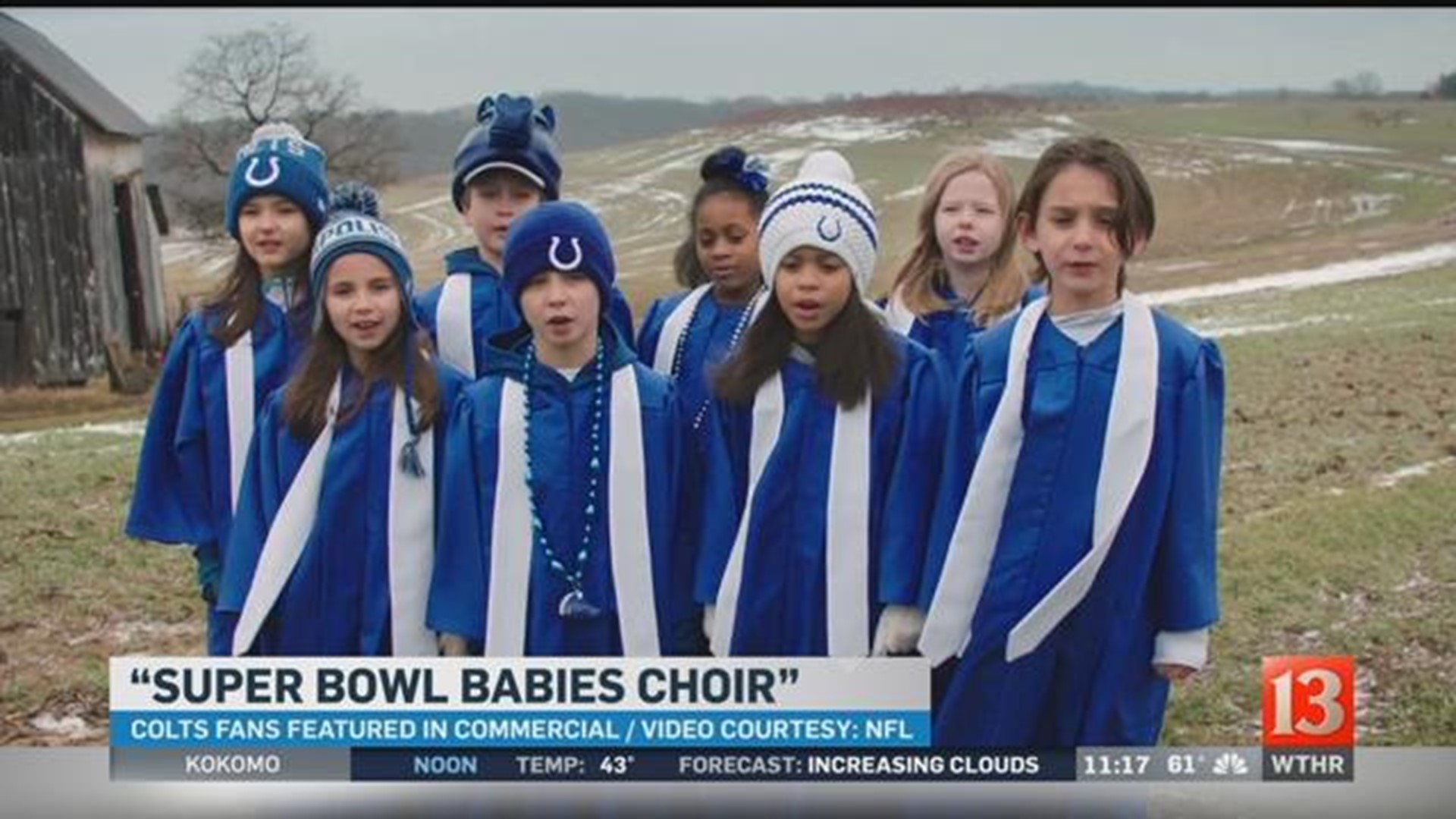 The Indianapolis Colts will be represented during Super Bowl 50, after all.

While many Colts fans will be pulling for the Denver Broncos, led by former Colts QB Peyton Manning, to defeat the Carolina Panthers in the big game, eight young fans will appear in a commercial produced by the NFL.

The league assembled "Super Bowl Babies" to join Seal in a re-worked cover of his hit song "Kiss from a Rose."

"Super Bowl Babies" are those who were born nine months after their team (or, more accurately, their parents' favorite team) won the Super Bowl. The Colts fans in the video just turned eight years old.

Indianapolis (and Manning, of course) defeated the Chicago Bears 29-17 in Super Bowl XLI on February 4, 2007.

"We had number 18 in blue lights in our window, big Colts fans, the city was crazy that whole weekend. I mean, that whole year was great for the Colts," said Amy Gandolph, whose son appears in the Super Bowl ad.

Three generations of football fans are represented, from babies born to Green Bay Packers fans after the first Super Bowl in 1967 to little Seattle Seahawks fans who just celebrated their first birthday, which we assume was more fun than watching their Seahawks lose the only Super Bowl played during their young lives.