Republic Airways, Colts players and high school football players came to hand out the new shoes to the kids. 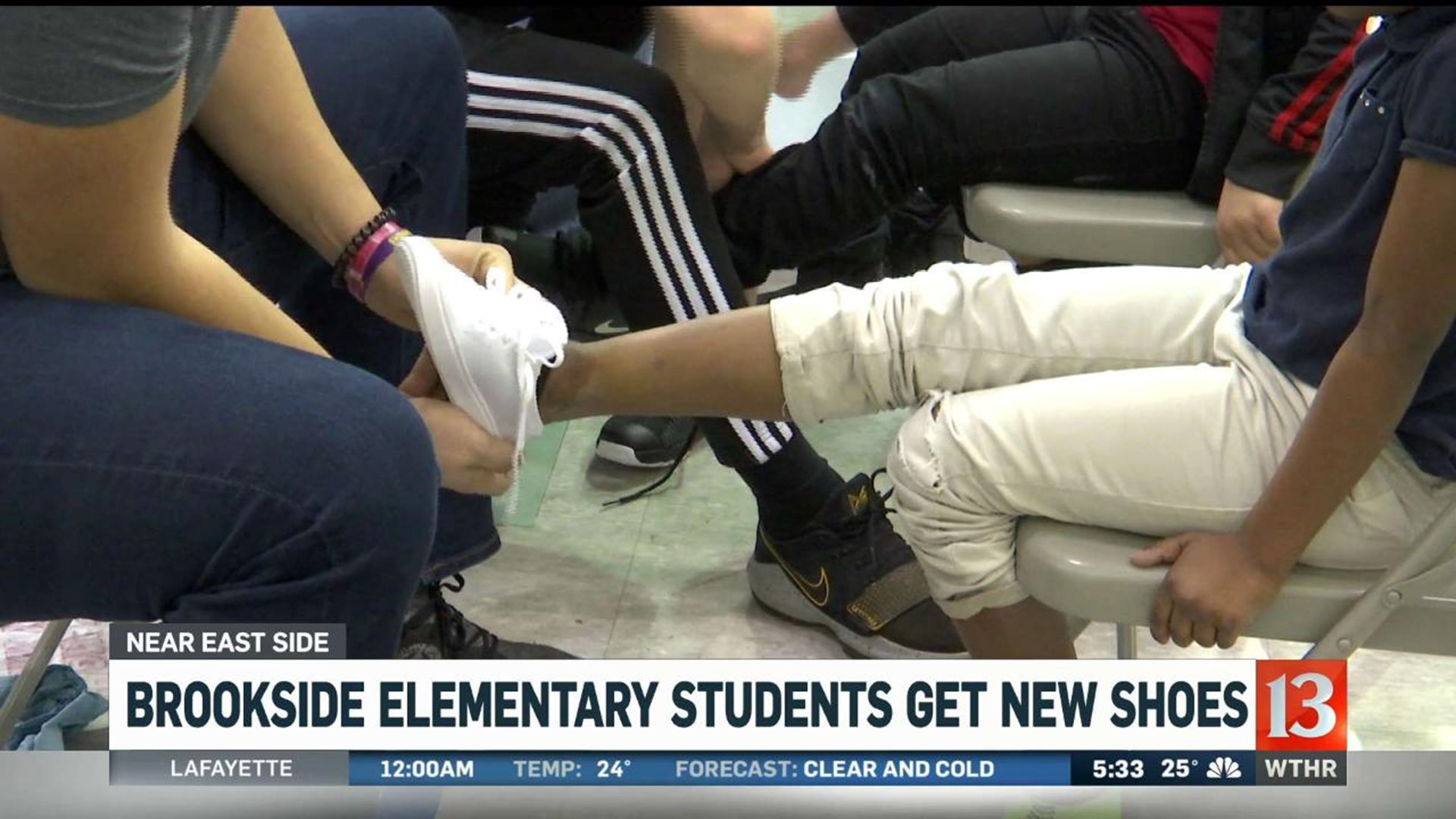 Every students received a new pair of socks and shoes.

But it's not just a giveaway, there's a process that involves human connection both verbally and physically.

"They washed my feet, they gave me socks and then they had gave me some new shoes," said third grader Janie Hunter.

But the volunteers say it's the children they interacted with, that gave them so much more.

Republic Airways, Colts players and high school football players came to hand out the new shoes to the kids.

"We’re getting new shoes," King said with a smile.

And these gifts couldn’t come at a better time for these fast-growing feet.

Some of the children came wearing tennis shoes without socks, others said they don't really get a lot of shoes.

All were appreciative and grateful.

"She didn’t even know she got to keep 'em," said Grant Comer who was volunteering from Scottsburg High School football team.

"Just had 'em on and when I told her she could keep 'em she was so happy," Comer said with pure joy.

"It makes me feel great, it’s like Christmas came early. It’s an awesome experience," he added.

Coaches at Scottsburg High School say it was important for them to offer their players the opportunity to volunteer.

"Life goes beyond the football field, this is where becoming a man is all about," said Scottsburg Football Coach Barry Thompson.

It's impossible to ignore the humanity of the moment, watching a gymnasium full of teens and adults across all age groups, genders and races, wash the tiny feet of little children.

"It’s kind of like a wall being broke down, and even after these eight minutes they may not remember me but the Lord will put this in my heart," said Coach Thompson filled with emotion.

Coach Thompson say it's the human connection we can all learn from.

"Everyone has to put aside their differences, and a day like today, expresses that totally," said Scottsburg Football Coach John Mastin.

"And several of my players have never washed someone’s feet. I mean, it’s an expression of love, you’re humbling yourself, just as Christ did with the disciples," added Mastin.

"There’s no way you can be a part of this and your heart not be touched by these kids," added Thomson.