Chaos at an Indianapolis high school was caught on camera and now the student who recorded that video is facing some trouble. 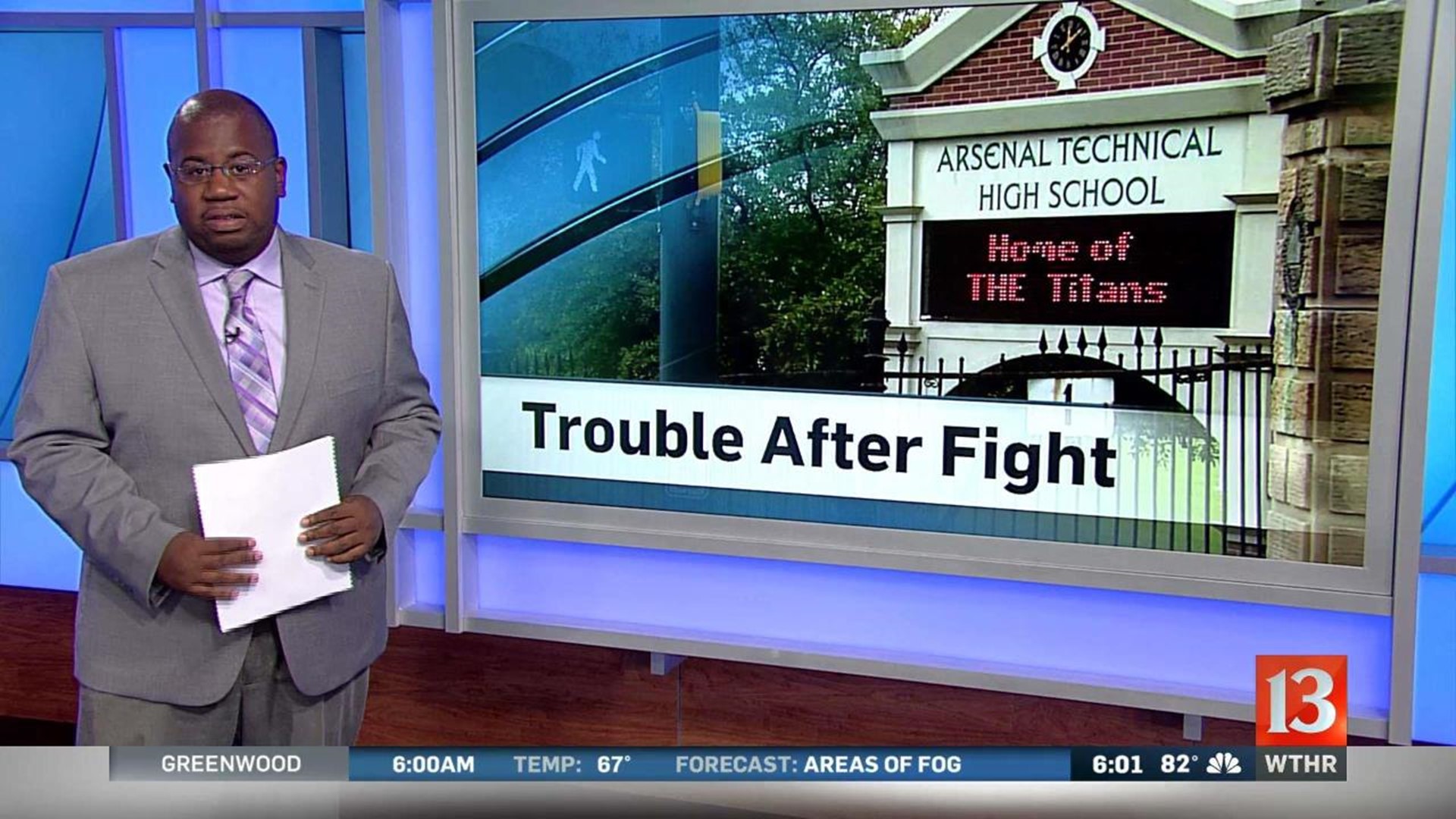 INDIANAPOLIS (WTHR) – Chaos at an Indianapolis high school was caught on camera and now the student who recorded that video is facing some trouble.

The student, Tamia Murray, says she was suspended specifically for the recordings of the fight at Arsenal Tech High School that she shared with Eyewitness News and other media outlets.

The fight started in the school's cafeteria on Thursday when students say another student threw an apple and hit someone.

Then as people were trying to get out of the cafeteria another fight spilled outside.

A total of eight students suffered minor injuries and three of them were taken to the hospital.

More than a dozen students are facing charges for their alleged involvement in the fight.

However, IPS did enhance security across campus at the school yesterday and plans to do so again next week.

IPS will also be implementing staggered lunches and dismissals.

Murray says she was given a three day suspension and doesn't know of any one else being punished for this despite multiple students taking video during the incident.

PERSONAL TECHNOLOGY DEVICES, including “Sexting”: School Board Policy 5136, 5136.01 A personal technology device (PTD) is a portable Internet-accessing device that is not the property of the district that can be used to transmit communications by voice, written characters, words or images, share information, record sounds, process words, and/or capture images, such as a laptop computer, tablet, smartphone, cellphone, personal digital assistant or E-Reader. A student may possess and use a PTD on school property, after-school activities, and at school related-related functions, provided that during school hours and on a school bus the PTD remains off and put away. With the approval of the superintendent, a principal may permit students to possess and use PTDs during the school day for educational purposes. “Educational purposes” include student education, research, and career development. Possession of a PTD by a student is a privilege, which may be revoked for violations of the SCC. Violations may result in confiscation of the PTD (to be returned only to the family) and/or other disciplinary actions determined by the school administrator.  A student may not record, possess, view, send, or share pictures or text having acts of violence, sexual content or sexual material while the student is on school grounds, at school-sponsored events or on school buses and other vehicles provided by IPS. If a student violates this policy, a Level 3 corrective response is required by the school administrator.  A principal may allow individual students to possess a PTD for any good case after considering a written request from a parent.  The district is not responsible for theft, loss or damage to PTDs or other electronic devices brought onto Indianapolis Public School property. Students permitted to use PDTs during the school day must sign the Student Internet Use Agreement.