A March trip to El Salvador was the last step for Julio Rizo to become a permanent U.S. resident. 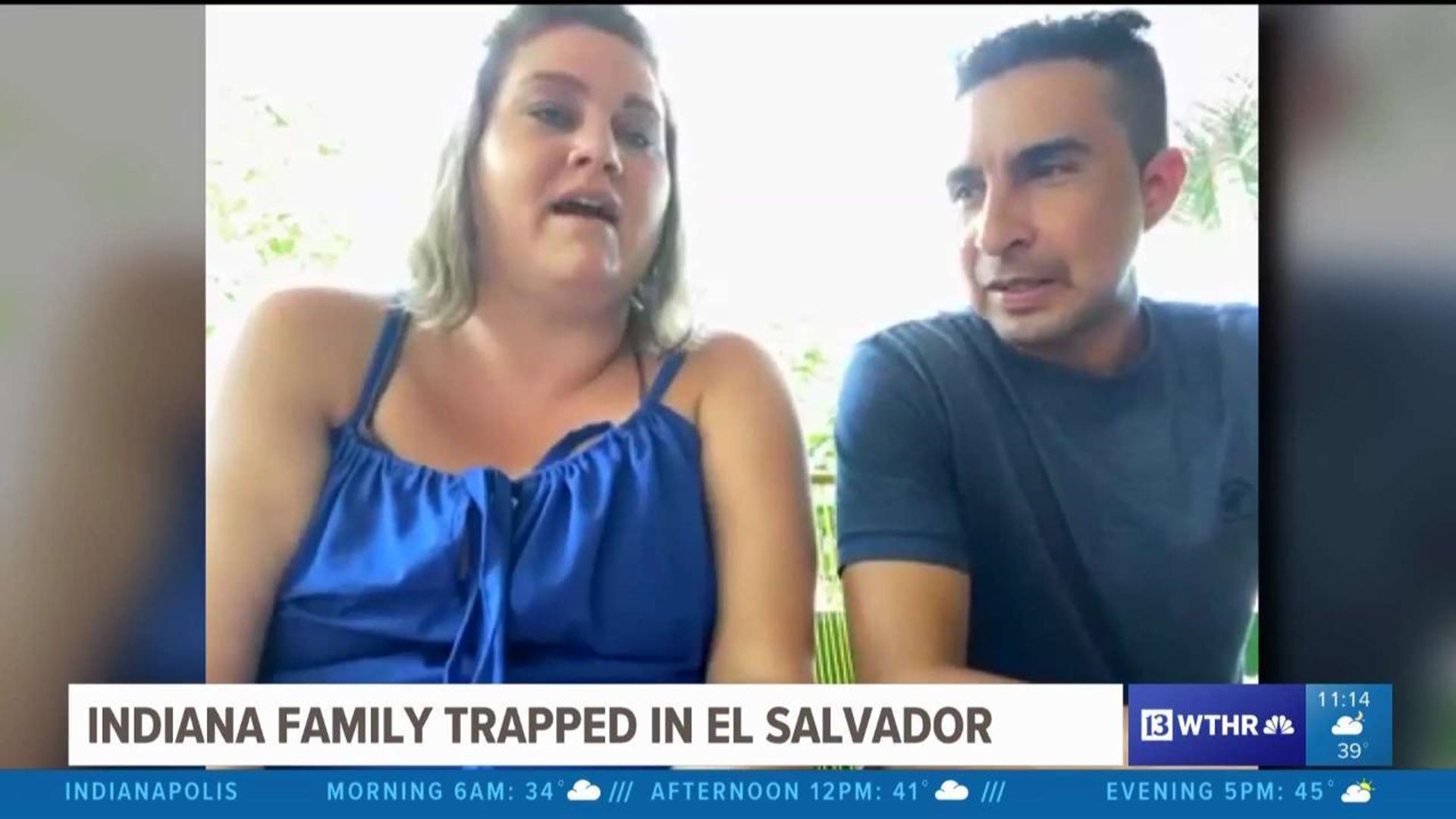 INDIANAPOLIS (WTHR) - A Miami County family stranded in El Salvador is desperate to get back home.

Their trip to the U.S. embassy in El Salvador was the last step for Julio Rizo to become a permanent U.S. resident.

Last month, he packed up with his wife and three kids for a quick visit, but now, more than a month later, they're still stuck. The family of five is quarantined at Julio’s mother’s house.

“We can’t do anything. We literally can hear the waves from the ocean, but we can’t go see it,” said his wife Sherese.

Julio and Sherese have been together since 2006. Sherese works at Community Heart and Vascular Hospital in Kokomo. Julio owns and operates his own landscaping business, which he just started last year.

Julio has been living in Indiana under temporary protected status (TPS), but it expired. Sherese said their lawyer never felt the need to renew it since Julio was seeking residency. The family had a provisional waiver that kept him in the United States until the date of his appointment.

Julio’s appointment was scheduled to happen in March but was canceled after the embassy shut down due to COVID-19. The next available appointment isn’t until the end of May, Sherese said.

“The not knowing is the hardest part because we don’t know if they are going to continue to change [the date],” she said.

Sherese said she can hop on an emergency evacuation flight with her kids but said leaving her husband behind would be difficult. She said she relies on him to help take care of their oldest son who has autism. It’s also not clear how much the flight would cost and how the family would travel back to Indiana from Texas.

The other option is an emergency appointment at the embassy, but Julio also doesn’t qualify for one because he hasn’t been able to get his medical exam.

“At the end of the day, he is doing everything the way he is supposed to do it,” Sherese said. “This was our last step in the process of becoming a legal U.S. resident. All we want is to continue this process when it is safe.”

The family is also worried about their own health and safety. Sherese said getting food can be challenging. Many of the stores shut down early and finding food that her sons will eat is hard. Also, both she and one of her sons has underlying medical conditions, putting them at a higher risk for severe illness from COVID-19.

“It’s very hard for our kids,” Julio said. “They don’t eat this kind of food.”

Sherese said the Maconaquah School District has been helpful in sending homework for her children and offering financial assistance to the family. However, the family said they don’t want any money. Tthey just want to all come home together as a family. Sherese is hoping there is someone out there that can help.